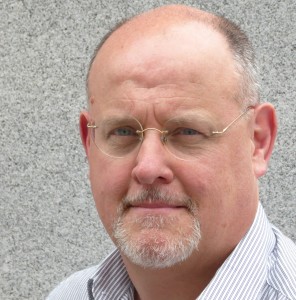 When it was formed just over 60 years ago, Leader Electronics was involved with the manufacture of equipment designed for production testing and servicing. As the company evolved, it expanded its portfolio into a broad line of industrial and video instruments that encompasses waveform monitors, rasterisers, and video and sync generators. The discussion with Kevin Salvidge, the company’s European Regional Development Manager began with the changes that have occurred more recently…

How have demands for waveform and picture monitors changed over the last few years?

Test and Measurement has traditionally been the preserve of engineers. Waveform monitors and vectorscopes has populated equipment rooms and measurement bays, but as the traditional chief engineer and broadcaster engineers leave or retire, we are seeing a skills vacuum. Operational and production staff are being expected to fill the void left by the engineers and they have not been brought up on waveform monitors and vectorscopes and in some instances, they are scared because they don’t understand them.

Leader identified this about five years ago and started to develop a series of real-time real-picture displays and graphical user interfaces that allow production and operational staff to monitor multiple parameters, without having to possess an in-depth knowledge waveform and vectorscope displays.

For example, Cinezone uses false colour to display areas of the picture that are under or over exposed. The simple false colour display allows production and operations staff to monitor the display in their periphery, whilst focusing on all the other things they are expected to do as part of the production.

Cinelite has a built-in light meter that allows cameras to be set up to correctly expose images and colour match items in the frame. The advantage of the Leader systems is that you are measuring what the camera is seeing, not what a light meter in front of the camera sense is registering.

What features should buyers look for when it comes to selecting measurement equipment? 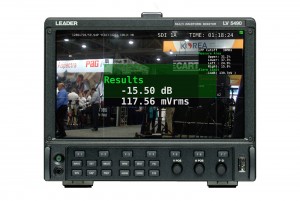 Test and Measurement equipment typically has a long operational life, with most customers using it for between five to seven years or even longer.

Future proofing their requirements is key. Leader has continued to innovate and add new features to existing products by way of software license updates. The most recent being the addition of HDR capabilities to the LV5333 Portable 3G waveform monitor. HDR has multiple variates, so support for all production standards is key.

With UHD coming more to the fore, what challenges does that present for Leader?

4K/UHDTV is the perfect storm of technology innovation, and we have changes to accommodate the move. These are a technology map with five directions – HR (High Resolution) 3840ｘ2160 where the number of pixels is 4 times that of HD, Bit Depth – the increase from 8-bit video to 10-bit video, HFR (High Frame Rate), including frame rate 50Hz, 60Hz,100Hz,120Hz and progressive format. Add to that WCG (Wide Colour Gamut), BT.2020 colour space and HDR (High Dynamic Range), with maximum luminance ranges from ten times to one hundred times that of SDR.

Leader’s 4K/UHDTV products address all of these technology innovations and the various standards that apply to each of them. Our products have been designed to make the monitoring of these new standards and production formats as simple and easy as possible using Leader’s unique real-time real-picture displays and graphical user interfaces.

Similarly, does the increase in IP remote production impact your products?

IP is going to bring the requirement for test and measurement back to the fore in the professional broadcast industry. In some ways, SDI has made us lazy. Products just work. You connect two manufacturers’ products together using SDI cables and, lo and behold, pictures appear.

With IP, we are going to send our beloved video signals over networks and interfaces that were never designed to handle this type of data rate and they will break the signal.

What we really need are standards and the sooner SMPTE-2110 is ratified, the better. Several manufacturers are trying to get a jump start by claiming to SMPTE-2110 compliant. However, until it’s a ratified standard, these products are subject to change.

Leader has IP experience – having been one of the first members of the Sony IP-Live alliance. Now Leader is also a member of AIMS. Sony’s IP-Live infrastructure has given Leader invaluable experience and understanding of IP infrastructure and broadcasters’ requirements as they enter this brave new world.

Once SMPTE-2110 is ratified, Leader will once again be there providing both manufacturers and broadcasters with the best products to ensure that they continue to create and deliver quality productions.

What changes do you anticipate when it comes to new measurement needs?

IP probably brings with it the biggest challenges. As I previously mentioned early adopters are still coming to terms with their test and measurement requirements and are continually finding new parameters that they need to be measured.

Away from the IP revolution, we have 8K lurking in the background. Being a Japanese company, Leader has a long-standing relationship with NHK and they have been at the forefront of developing 8K. Leader is continuing to work closely with NHK as it develops 8K production standards and technique. Couple this with the upcoming 2020 Olympics in Tokyo, the requirements for test and measurement are going to increase as the technology and consumers become more demanding.

Just weeks after their successful use by OB specialist Telegenic in trial UHD-HDR coverage of the Premiership Rugby Final from Twickenham, Leader LV5490 multiformat multiscreen test instruments were back in action on June 3 for the UEFA Champions League final from the Millennium Stadium in Cardiff.

Among the mobile production vehicles commissioned to televise the event were four Telegenic trucks staffed by a team of 50 full-time engineers. A fifth truck was deployed to monitor the output in simultaneous real-time ultra-high-definition high-dynamic-range and high-definition standard-dynamic-range.

In the words of one senior broadcaster, the pictures jump out of the screen with improved contrast, detail and the depth that viewers have long craved. A Leader LV5490 was used to confirm that the UHD HDR cameras at the Millennium Stadium in Cardiff were conforming to the Sony Slog-3 setting and to ensure that conversion to Dolby PQ in a Sony HDRC-4000 was up to broadcast standard.