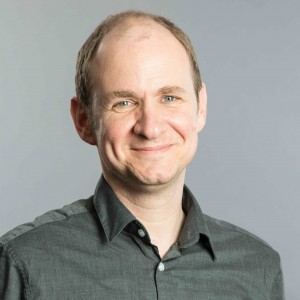 Elemental Technologies’ eminent role in the emerging 4K revolution has been well-established, so it should come as no surprise to find that production and delivery in the new format looms large in the company’s latest Sit-Down interview with SVG Europe. But also on the agenda are the implementation of SDV-based video infrastructures in virtual environments, the emergence of new business models for sports, and the implications of HDR.

How would you summarise 2015 in terms of overall activity levels for Elemental Technologies?

2015 saw strong growth in sales of 4K TV sets and early-on availability of live and on-demand 4K content from broadcasters and operators. It was also the year that 4K Ultra HD (UHD) services began rolling out and Elemental supported many of these first commercial 4K service launches, including those by Globosat and Tata Sky.

Another key industry in 2015 was the move by an increasingly large number of content programmers and distributors from fixed video processing hardware to IP video, software-based solutions. Software-defined video (SDV) is enabling an unprecedented level of scalability and flexibility for media enterprises looking to launch new services and expand their viewership. In April 2015, world-leading IT research and advisory firm Gartner issued reports that highlighted Elemental as the leading supplier in the SDV space and named Elemental as a Cool Vendor in the firm’s report on Cool Vendors in Communications Service Provider Infrastructure 2015.

Elemental is a leader in SDV, with more than 700 deployments for leading media franchises worldwide – such as Sky, the UK’s largest pay TV provider, which is leveraging Elemental to process and deliver its over-the-top (OTT) TV service NOW TV and mobile TV service, Sky Go.

Finally, as pay-TV operators looked to consolidate and build synergies between their linear and OTT services, we’ve seen a growing trend towards unifying infrastructures that share a single IP workflow for delivering to all types of screens. Elemental is setting the pace for unified head end solutions advances with a major introduction at the 2015 NAB Show, and is helping move this trend forward with customers such as Com Hem, a Swedish supplier of broadband and television services. Com Hem is using Elemental SDV processing systems to support a flexible and scalable unified headend for delivering linear video across cable, IPTV and OTT networks.

What would you say were the major milestones for Elemental last year in terms of its overall presence in the sports broadcast world?

What is exciting about Qatar TV and Al Kass is that they are using our software defined video solutions to process and deliver video for distribution to a worldwide audience on mobile phones and tablets, generate additional advertising revenue, and prepare for World Cup 2022.

Other examples of Elemental support of major workflow advances for some of the world’s iconic sports content providers include:

– Red Bull Media House, which used Elemental video processing at the 2015 NAB Show to live stream premium 4K HEVC content originated in Salzburg, Austria from a single RU encoder and delivered via MPEG-DASH for distribution in Las Vegas over the Akamai CDN to Samsung Smart TVs. This was the world’s first demonstration of a 1 RU 4K encoder and it’s now commercially available to our customers worldwide.

– We power fan experiences in many of the world’s well-known sports venues, such as the Dodger Stadium in Los Angeles, California, which provides the entertainment for more than 80 Major League Baseball games annually and other special events.

If you had to nominate one recent sports project that epitomises the contribution of Elemental Technologies solutions, what would it be – and why?

Our leadership in providing sports fans with the fully immersive viewing experience of 4K UHD TV started in 2014 with the BBC’s 4K broadcast of the World Cup. Since then we have been involved in many 4K UHD sports projects, including last year’s broadcast of the Cricket World Cup with Tata Sky. Sports will continue to be a major driver for 4K UHD this year and we are looking forward to playing a significant role in delivering 4K sports content to viewers around the world.

How would you assess the current state of progress in terms of 4K implementation and adoption? And in light of your live demo with Technicolor at IBC 2015, what impact do you think HDR is likely to have this year?

HDR is important and the industry wants it sooner rather than later given its obvious visual appeal and potential to stimulate UHD device and service uptake. Our software-defined video solutions give content programmers a key advantage: flexible, scalable HDR infrastructures that support live and VOD services and easily keep pace with rapid change. It’s a powerful complement to the emerging HDR workflows, such as that from Techicolor which provides features, such as backward compatibility, for simplifying workflows and reducing storage and delivery costs.

We see more and more clubs and federations looking to begin content production. What impact do you think that will have on the overall sports production landscape?

Software defined video, the cloud, and OTT along with targeted ad-insertion is allowing for new business models and service offerings to emerge. For fans of long-tail content such as extreme sports, this may mean being able to enjoy previously inaccessible content funded by subscriptions and personalised ads. For die-hard fans of big league sports, having direct access to content will give them unprecedented access to multiple viewing angles and sports archives. Meanwhile, traditional sports broadcasters continue to innovate by unifying their video delivery infrastructures to offer a viewing experience that spans across all devices.

My personal sports highlight of 2015 was the 4K Run for Charity that we organised along with a number of our partners and that took place at NAB and IBC. It was great to see so many people from across the industry coming together to run for fun and for a good cause.