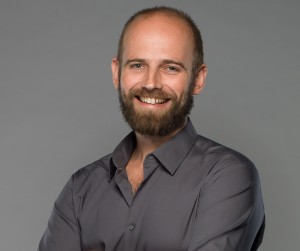 As its contribution to the illuminating BT Sport Ultra HD channel session at SVG Europe’s Sport Production Summit in September amply underlined, MOOV continues to strengthen its status as a leading provider of sports graphics. Established in 2000 by Duncan Foot and Nev Appleton, the company has steadily amassed an enviable client base traversing broadcast sectors. Involvement with historic TV events such as Royal Weddings and the State Opening of Parliament, as well as popular shows including comedy staple Mock the Week, confirms that MOOV has a strong position in news and entertainment – but there is no doubt that sports is by far the primary driver of the business.

Indeed, the centrality of sports to MOOV has increased even more since it won a five-year contract in 2013 to provide a raft of graphics services for BT Sport from its HQ at the Olympic Park in London. Amongst many other landmark events, this partnership has lately seen MOOV supply graphics for the broadcaster’s first 4K Champions League transmissions.

SVG Europe sat down with Appleton to discuss the “gradual growth” that has characterised the MOOV story, the tremendous benefits brought by the association with BT Sport, and the long-term outlook for sports graphics innovation…

In a nutshell, how would you describe the development of MOOV over the past 15 years?

We started in 2000 with just two staff and now we are up to 40 full-time personnel. That’s quite a change but the development has always been planned with an emphasis on sustainability. We always wanted to be in charge of the growth and I think that we have achieved that.

Graphics is considerably more competitive than it was even five years ago, so how have you maintained a competitive edge?

I think that our success can be partly attributed to focusing on the relationship between staff and client, and taking the time to understand what the client needs. No two projects or clients are the same. With that understanding in place, the client can rest assured that there is one less thing to worry about and that we have ‘got it covered’ as regards the graphics element.

We also pride ourselves on being true to our word and budget-friendly wherever possible. Then you have to consider that we now have a wealth of talent in-house; we have invested a lot of energy in ensuring that we have multi-skilled people who can work on other types of project during the quiet times. The sporting calendar is up and down, so you do need other staff who can apply themselves equally well to entertainment, major events and so on.

Also, the range of services we offer has developed over time and now includes live graphics, virtual graphics, augmented graphics and analysis. This combination of services is the reason why we have retained some projects – for example, BBC Sports Personality of the Year, which we have worked on since 2007 – year after year. 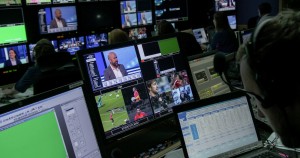 MOOV weaving its graphics magic on behalf of BT Sport.

Which specific elements of the MOOV offer do you think particularly endeared you to BT Sport? Clearly, that contract was a game-changer for the company…

Absolutely. My feeling is that BT Sport felt we had the right array of skills and design experience to be able to work across a wide range of content. I think they were also impressed by our track record for operators being very productive, as well as the ability to provide a level of automation to edit suites – around 25 at this point – with our software which allows anyone with production ability to build graphics.

In particular, I think we have really proven our worth with the Champions League this year. There are so many aspects to the coverage, including simultaneous studio and OB operations, HD and UHD resolutions, traditional on-screen graphics, automated graphics, augmented reality graphics and post-produced graphics. There is a lot going on, so it’s really been a landmark tournament for us.

What do you think will be the primary challenges for graphics providers over the next few years?

Higher frame rates and HDR are the ones that spring to mind; I suspect HDR will happen first. On the whole, I think the industry will be able to supply the equipment that is required, although it will be reliant on graphics card manufacturers making the necessary progress. We already work with HDR graphics and it is plain to see how much sharper a viewing experience they can provide. 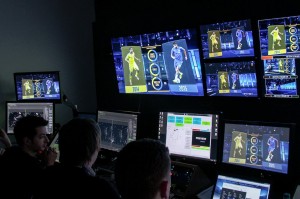 MOOV believes the extensive range of graphics solutions it is able to offer is one of the key factors to have endeared it to clients such as BT Sport.

How long do you think it will be before 4K is a default choice – bearing in mind it took HD 10-15 years to achieve mass adoption…?

That’s right – but if you think back to your first HD TV the cost was probably in the thousands. It is already possible to buy a 4K set for about £700, so I suspect the rate of adoption will be quicker than for HD. Also, from a graphics production point of view, the step-change is much smaller than it was going from SD to HD, where you basically had to start again.

Timescale aside, it is clear that 4K has a great future. I was one of the first people to come out and say that 3D was not going to work – I always felt it was more of an ‘experience’ than anything else – but 4K will be successful, especially among those who want to watch sports.