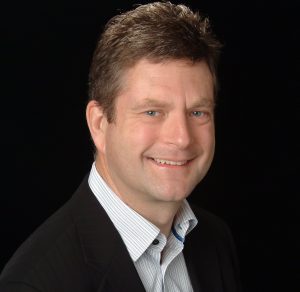 Ncam offers a complete and customisable augmented reality platform that enables photorealistic virtual elements in real-time. At its core is a unique camera tracking solution that offers film and TV productions virtual and augmented graphic technology without limits.

The multi-award-winning patented technology integrates seamlessly to any production, capable of adapting to a wide range of applications from indoor and outdoor use to mounted or even hand-held camera configurations. But we start our chat with Chief Commercial Officer (CCO), Mike Grieve, with some thoughts about the recent NAB Show…

What did visitors to your stand at NAB 2018 want to discuss?

Games engine adoption – Unity or Epic Games – in order to create greater augmented realism. People wanted to know about tracking in difficult or unusual situations, for example, tracking cameras on drones, on aerial cameras, or in locations with difficult lighting. Our Real Light product received the most interest on the Ncam stand, as lighting augmented elements realistically to match their surroundings, is a common problem.

Real time tracking technology has come a long way in a relatively short time. What do you see as the most important development to create the stunning AR we see today?

For tracking, the answer would be the ability to track hand-held cameras, both in a studio and on location, as this adds more versatility to the production in terms of where the camera can go, thus allowing realistic graphics to be added where it would previously have been impossible.

Earlier this year you received a significant injection of funds via YFM Equity Partners. Can you tell us how this money will be used?

We will use the funding to expand our global R&D operation in order to speed up the introduction of new products, and also to hire additional new talent into our expanding worldwide team.

Can you tell us about the NREAL CRD project, and how this will benefit sports broadcasters?

This project was about combining a real-time games render engine – Epic Games – Unreal Engine 4 – with Ncam’s marker-less camera tracking technology, to create augmented graphics content with greater realism and more engaging real-world environments. For sports broadcasters, this will enable them to produce more realistic content with higher fidelity, which in turn will add production value to their content and make it stickier. Also, because games engines are designed to enable the creation of real world environments, for example, grass, trees, lighting and so on – it means when sports broadcasters create replay shots of golf, for instance, the graphics will look far more compelling and engaging.

What are the challenges facing you for the second half of 2018?

Expansion of our soon-to-be-opened US office, establishing a Chinese entity, growing our R&D team. We’ll also be promoting the concept of ‘virtual production’ in order to help increase VFX film and TV production efficiency, as well as investigating new vertical markets that can benefit from augmented reality.

Any future plans you can discuss?

You have many European sports related case studies. Can you tell us about just one, please?

The broadcaster faced the major challenge of having to generate coverage from pitch level instead of working with a dedicated Bundesliga studio. Sky Deutschland was able to fix the Ncam device on to the Steadicam camera stabiliser mount, to bring Bundesliga coverage to the next level.

Ncam was put to use on Sky Deutschland’s Match of the Week coverage, particularly during the pre-half-time and post-match show, adding an extra layer of engaging visuals to support the broadcaster’s premium editorial coverage of the matches.