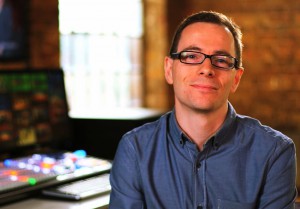 The portability-boosting 3PlayMini lightweight sports production suite was among NewTek’s headline-making developments at this year’s NAB Show. Once again, the company underlined the extent to which consistent creativity and an eye on emerging requirements have kept it at the cutting edge of sports production technology year in, year out.

NAB 2015 witnessed the launch of TriCaster Advanced Edition, an option available for TriCaster Mini through TriCaster 8000 that is said to be capable of ‘elevating productions to new heights of connectivity, creativity and efficiency.’ What has been the response?

PRUETT: We have seen a fantastic reception to Advanced Edition. NewTek makes tools that allow people to tell a story through video, and we have customers everywhere doing all sorts of things with our innovative tools. With Advanced Edition, we have a whole other package that allows customers to do automation and [which takes account of the fact that] the operator may or may not be a professional. With regard to new features, one I would zero-in on is fully composited outputs – something that had been requested by customers.

Can you offer a general comment on NewTek’s progress in sports – and particular within the European market?

WADDINGTON: Since the introduction of 3Play in 2009, NewTek has seen a considerable increase in the demand for high quality sports production systems, which go far beyond conventional replay capabilities. In the last six months alone, we have seen a healthy growth in European markets. From established broadcasters looking to replace ageing technology and augment existing workflows, to emerging sports which a few years ago could have only dreamt of affording a replay system, NewTek is fundamentally changing the way sports productions are produced and delivered.

Whether it’s engaging with fans in the stadiums or delivering that winning goal instantly via social media, NewTek is changing the game. We are extremely proud to be playing such an important role, helping create and shape new opportunities, deliver new workflows, and assisting productions teams both large and small, deliver their sports vision. For many, NewTek is the number one choice, for others, their best kept secret!

PRUETT: 3Play is continuing to gain traction throughout the EMEA market. Many sports producers are looking at the system; even if they are working with traditional methods, they still want to do experimentation, and 3Play is a really great opportunity for that.

With regard to specific European markets, we have had some uptick in the UK and Scandinavian markets, as well as some successes in the Eastern bloc.

What is your perspective on current developments such as 4K and IP-based production?

PRUETT: We don’t really talk about future developments, [but what I can say is that] we can innovate at a very fast rate. When customers need 4K and require it to be there for their distribution path, I am confident we can have an answer.

With regards to IP and transfer and bringing more production into IP, NewTek does now have a hybrid option that means we can bring in RTSP feeds, etc, along with traditional baseband video.

As a company, we remain committed to providing tools that make customers’ lives easier and more productive. It really is ‘pedal to the metal’ when it comes to innovation.