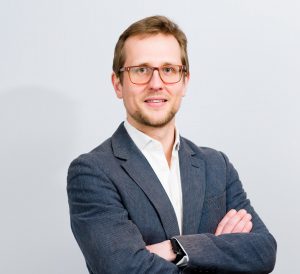 Supponor solutions are being deployed for a broad range of Tier 1 sports – most notably football, but also hockey, basketball, motor racing and American football. Our conversation with Charlie Marshall, Chief Operating Officer began with a look at recent company successes…

Virtual advertising has taken huge leaps in the recent past. What do you see as the most significant development as far as your solutions are concerned?

As a result of our multi-year collaboration and development programme with the DFL (Deutsche Fussball Liga), we recently secured an approval from the League to commence roll out of Supponor’s core virtual LED billboard replacement technology in the Bundesliga.

Whilst Mediapro in Spain has been deploying our technology solutions for several years now – and deserves a tremendous amount of credit for the innovation and commercial upside they have been able to create – the significance of adding a second top-tier European football league to our portfolio is the clear message that the technology is no longer the barrier to market change. It is now the job of rights holders worldwide to ask how the technology can start to create commercial upside for them, rather than whether or not it actually works.

Do you operate at the sports venues, or does all the work originate at a central location?

Both. The technology has elements that sit within the venue and – if available – a central Master Control Room. To date, we have found that for one off events – such as major tournaments or big international games – much of the work takes places on site. But for Leagues, like LaLiga or Bundesliga, there is always an MCR from where the world feeds are finished and distributed.

Creating the data that we need to ensure that the virtual replacement is accurate and authentic enough in the final programme feeds requires certain workflow elements – and hardware – to sit alongside the broadcasters on-site. This may include, for example, a device to create additional camera data and an OB station to route signal flows. All of our processing, however, is done post-mixer, or post-switcher – downstream, in other words – so that no interference takes place with the broadcaster cutting its show in the main truck.

Having elements of our solution on-site often leads to us getting labelled by our competitors with the epithet ‘intrusive’ to describe the way we work. That is an attempt to make out that our solution is in some way inferior. However, it is this very, so-called, ‘intrusiveness’ that is the basis of the robustness and quality of our final solution, something which is unmatched by ‘lighter touch’ attempts at what we do – for example, basic chroma-based technologies, including even placing green screens around the field of play! Can you imagine a sports broadcaster attempting to produce a top tier sports event without highly robust hardware and time to set it all up?

When a live broadcast that incorporates your graphics is later shown in another region of the world, can a new set of displays be overlaid?  How is that achieved?

Yes – as long as our data key is recorded alongside a ‘clean’ version of the programme feed – that is, in parallel to any live broadcast with our overlays. This can then be effectively used to create subsequent variations of the digitally overlaid displays. We tend to do this as a matter, of course, whether or not the rights owner or broadcasters chooses or is able to take advantage of it as a commercial asset.

Are there any sports which are particularly challenging? 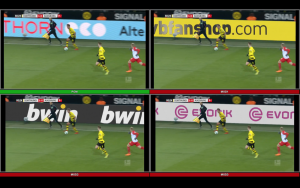 Every sport is different, including when it comes to virtual replacement advertising, and each presents its own challenges. When you are in the realms of replacing pixels in real-time in video feeds of the highest value content on the planet, there are many aspects of the broadcasting environment which need to be managed. For example, sun and shadow contrast in outdoor events like football in daytime conditions, fast moving thin objects like sticks in ice hockey, or a vast range of camera positions and an unpredictable topography – in terms of where the exciting action takes place – [as in] golf or motor racing.

It’s only by undertaking a thorough process of discovery, and matching the technical, operational and commercial realities together, that one can come up with the optimal solution for any given sport.

Supponor’s core mission is to design and build technologies able to handle these challenging environments – and we’re still the only company currently able to turn our technology into solutions capable of being commercialised on a significant level.

Any future plans you can disclose?

Since the DFL’s approval of our technology, we have seen a notable change in the seriousness with which the rest of the football industry is examining how to introduce virtual into their propositions going forwards. So, we hope and expect that our solution now starts to scale further across leagues, competitions and tournaments as business and technology propositions come together. But we do not limit ourselves to football. We see huge value in implementing virtual replacement advertising for many other sports – and most sports have highly valuable TV-visible signage propositions. For example, indoor sports like basketball and ice hockey, or outdoor sports like baseball and rugby. It can even include American Football, not traditionally a signage-heavy sport, but now able to operate in a virtual world which brings much more opportunity and fewer constraints than the physical one.

Most importantly, our future plans involve more industry partnerships as we start to understand where the routes to scale are for us, and where we can enter into mutually beneficial relationships with other technology and operational experts in our industry. It finally feels like the future is here!

Is there a particularly innovative case study you can share with us??

We were proud to showcase our virtual replacement technology, along with our core partners ADI and Lagardere Sports, at the DFL’s Sports Innovation conference in the second week of May. As part of two days of technology innovation showcasing, we presented a live demonstration to delegates, with virtual replacement of LED advertising taking place in real time during a match in Dusseldorf Stadium.