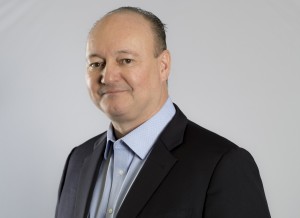 Over the past decade, Tata Communications has evolved from a wholesale service provider serving the Indian market to a leading provider of communications to enterprise customers and service providers worldwide. Its global subsea and terrestrial network covers 710,000 km – that’s more than 17 times around the world. It features unique innovations, including the only wholly-owned fibre ring around the world; the only Ethernet ring serving the Middle East; and more than 400 Points of Presence on five continents. In all, the company owns and operates more than 1 million square feet of data centre space in 44 locations worldwide.

This global perspective provided a good start to our conversation with Brian Morris, Vice President and General Manager, Media & Entertainment at Tata Communications…

Earlier this year, Tata Communications issued a blog entitled ‘The global TV market is ripe for digital disruption’. For those who missed it, what does this disruption entail?

In today’s world, the living room is just one place where people are consuming content. At the same time, the number of people watching TV over traditional cable is in decline. On the other hand, never before has video entertainment been more popular, and the decline in traditional cable viewing is a bi-product of a fragmented media landscape where people can view content on-demand, using any device, anywhere, at any time.

Looking back to late 1990s, TiVo burst on to the scene with an intuitive digital video recorder. While the world was still only just getting used to DVDs replacing video tapes, within a few years TiVo was forced to quickly adapt to a world where viewing habits would shift again. This gave Netflix, back in 1997, a new lease of life. While other DVD-by-mail and video rental companies, such as Blockbuster, doomed themselves to extinction, Netflix showed impressive nimbleness and is now winning the streaming war. It has become an award-winning producer of content such as The Crown, which shows how major OTT players are in pole position when it comes to seizing new opportunities. While Netflix may not have initially had the experience to produce a leading serial drama, it has the scale to provide the necessary data to analyse what viewers wanted, a captive audience and capital to invest.

So, if a company that used to post DVDs to subscribers can become the largest global, Golden Globe-winning streaming service, what is stopping traditional cable broadcasters from uncovering new potential revenue streams using non-traditional distribution? My answer to that is that there is nothing stopping them, but that they do need to rethink how they operate by harnessing the power of OTT and other non-traditional content distribution models, and rethink how their business models are structured. Adopting a digital-first model, which allows them to predict and react to the latest content consumption trends with agility, is key. What we should see now is traditional cable companies looking for ways of tapping into new ways of getting content seen in order to develop new audiences and generate new revenue streams.

What do you see as the major challenge facing your company when it comes to sports broadcasting demands?

Tata Communications is an enabler of innovation in sports broadcasting. So, the biggest challenges facing sports broadcasters are our biggest opportunities. As the Official Connectivity Provider for Formula 1, we help the sport engage with its fans in new ways, and attract younger audiences with lower attention spans and completely different media consumption habits than traditional racing fans.

We believe one of the biggest opportunities for all sports lie in more immersive viewing experiences such as virtual reality (VR) and augmented reality (AR), as well 360-degree and Ultra High Definition video. All these innovations bring viewers closer to the action, and enable sports broadcasters to generate new revenue streams. To make the most of this opportunity, sports broadcasters need to rethink how they operate and deliver content to audiences. Only cloud-based video contribution and distribution, underpinned by a global IP-based video network, is able to support these new digital services and bring sports fans the new viewing experiences they crave. This represents a major challenge, but also a major opportunity, for the industry, which we’re really excited about.

What advances will we see in OTT services over the next one to two years?

Like many other industries, digital transformation is gathering pace in the media industry, and it will propel the growth of the OTT market too. Over the next couple of years, more and more broadcasters will see OTT as their primary content platform over traditional and cable or satellite TV. They will build digital-first platforms, which allow the aggregation of different types of content in a digital hub – a one-stop-shop of content, if you will. This model requires a robust and agile infrastructure with global networks and scalable cloud services, as content will be created, contributed, distributed, consumed and commercialised over IP.

Have broadcasters bought into the concept of ‘The Cloud’ – or are there still some reservations?

It’s less a question about whether companies have bought into the concept of the cloud and more one of how you differentiate yourself. The idea that all the companies who succeeded using the “traditional” broadcast model will build an equally successful business using a cloud-based media ecosystem is a fallacy. The rapid pace at which companies can scale using OTT networks, non-traditional distribution and cloud-based infrastructure means that there will be clear winners and losers. So, every broadcaster is looking for new ways to engage with digital audiences, which will allow it to scale and evolve – the other option is to face extinction.

Whereas traditional broadcasting meant market share was tied to geographical audiences, in the new world it’s easier to grow a global audience. So, regional broadcasters now have to compete with the likes of Sky and Netflix as well as their local competition. Ultimately, the cloud is both a huge opportunity and a huge threat for broadcasters, and everybody is desperate to get it right.

Building on our motorsports expertise following five seasons (and counting!) in F1, we also distribute the MotoGP and WorldSBK racing action to more than 80 broadcast partners, reaching more than 200 million households worldwide. We connect each of the 18 MotoGP locations using our global superfast network to ensure a seamless viewing experience for fans regardless of location, and bring them high-quality racing content across different platforms.

Next, we look to work together with MotoGP on many innovation projects around low-latency UHD, 360-degree and live OTT video feeds, as well as remote production and High-Dynamic-Range imaging. Given the global nature of motorsports – both in terms of their fan base and the different locations where the races take place – we’re an ideal technology partner for both F1 and MotoGP.