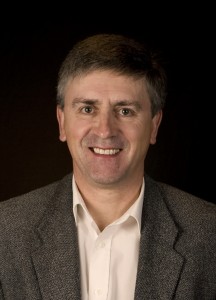 So the future for companies offering transcoding services looks quite rosy. But that doesn’t mean they can just sit back and do nothing. In the case of Telestream, it has entered an agreement with another supplier that will further enhance its offering, so that’s where our conversation with George Boath, director of channel marketing, Vantage and Lightspeed products, begins…

What are the benefits for users by your recent announcement regarding joining forces with Unified Streaming?

Unified Streaming brings a state-of-the-art Origin Server with comprehensive support for the latest streaming workflow requirements, such as Just-in-Time Packaging (JITP), Server-Side Ad Insertion (SSAI) and proven integration with every CDN and with all the major DRM providers. Adding this to the premium features and performance of our Lightspeed LiveStream encoder allows us to offer a truly future-proofed streaming solution for any OTT service. With this combination, our customers can have confidence that their services will offer the best quality of experience and can adapt to whatever new business models may emerge.

Second screen applications are vital to sports broadcasters, and things have come a long way in a short period of time. What innovations can we expect to keep up with consumer demand?

The most obvious technology innovations that will benefit sports broadcasts include High Dynamic Range (HDR), High Frame Rates (HFR), and UHD/4K resolutions, each of which will enhance the sports viewing experience in some way.

New encoding technologies such as HEVC will not be immediately obvious to the viewer, but will allow the sports broadcasters to deliver a high quality image over lower bandwidth IP connections, and will permit massive savings in the CDN delivery costs for a broadcaster.

Streaming to social media outlets is increasing. What challenges does that bring to your solutions?

Firstly, there has been an incredible proliferation of social media platforms that can accept video content, either as files or as live feeds, and many of those platforms are aiming to become the “go to” platform for sports fans to receive their content.

Second, each site has unique requirements for video encoding, user authentication and for metadata delivery, and those demands can change frequently.

As a manufacturer of several products – Vantage, Lighspeed Live Stream and Wirecast – that can be integrated with all of the major social media platforms, it is we who cooperate closely with all of these platforms to ensure that our customers – the content providers- can populate all of the platforms with high quality video content.

What does the escalating use of IP Technology means to transcoding practices? 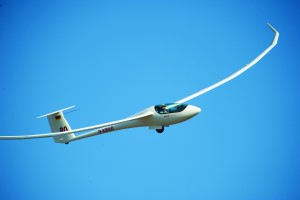 In the realm of file-based workflows, transcoding has always used IP technology. As IP becomes more commonly used as a transport mechanism for live video, we will see more use of products such as Lightspeed Live Capture as the way to bring live IP feeds into file based workflows.

For example, we expect to see back-hauls from remote events to be delivered as RTMP or Transport Stream feeds over IP, and to be captured into broadcast workflows for encoding into highlights or catch-up VOD assets.

With UHD coming more to the fore, what challenges does that present for Telestream?

Surprisingly few! When our engineers designed the concepts for the Vantage platform over eight years ago, they based it on a video processing library that is natively capable of handling 4K (and even 8K!) resolutions, at 16 bit 4:4:4:4 sampling. This foresight means it has been relatively easy for us to integrate UHD standards (as well as HDR and HFR).

However, UHD video contains around four times the number of pixels than HD content, so it requires substantially more processing power and bandwidth. Our Lightspeed K80SSD servers use multiple CPUs in tandem with enterprise class GPUs to enable acceptable signal processing times even for the most complex codecs, for example, JPEG2000.

Finally, do you have a case study that illustrates what you can do for a sports broadcaster?

In previous years, streaming of the event had been basic with primitive static camera streaming only having been possible. Consequently, gliding spectators had a very difficult time engaging with the sport. But now, the evolution of a new generation of miniature super high resolution cameras means that truly captivating video footage from inside the gliders and many other unique vantage points can be captured and broadcast globally using streaming technology. At this year’s World Championships, live streaming enabled fans and viewers to watch the champions soar, which received a very positive response both in Australia and internationally. The streaming coverage climaxed in the final three days of the event when over 12 hours of live action – much of it captured by the pilots – was streamed over YouTube and the website.