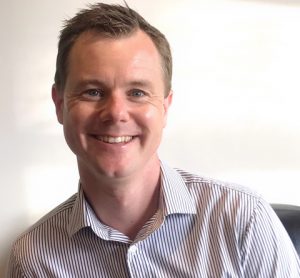 Operating from 33 offices worldwide, VER works on six continents, serving in excess of 50 productions a day. With more than two million items in inventory, the company says that it will find a solution for each client’s needs – even if it needs to develop and manufacture the answer itself. VER’s sports solutions range from cameras, broadcast infrastructure, audio, video, lighting, LED, rigging, media servers, fibre and more.

In this Sit-Down discussion, Director of Broadcast Services, Europe, David O’Carroll provides some comprehensive responses from a rental market perspective…

Our challenge is really one of communication. We’re well established in the broadcast space, but as a brand we are a fairly well-kept secret in Europe. We have fantastic people, huge resources and a fresh approach. It’s not just about the experience we have in-house or our breadth of resource, but the value we bring to a production. It’s not widely known that we have a London Hub with around 60 full-time staff, for example, or that we have a significant presence in Holland, France and Germany. We’ve supported shows with 28 primetime Emmy nominations this year alone. Our people are delivering day-in-day-out on major productions of all genres across the world and have been for years – Host Broadcasts, World Cups, Grand Slam Tennis, concerts and everything in-between.

In terms of live sport, there is still a lot of experimentation going on with immersive video. I don’t think 360 can be considered in isolation though, AR and VR must be part of the discussion, too – which is where it gets interesting. Two of the biggest technical challenges from a ‘live’ point of view are still resolution and processing latency. There is a lot to settle, not least interoperability on the consumer side and how the content will be consumed. Production is picking up pace as new technology comes to market, but mass appeal seems to be a few years way yet. Once the seed-funded content reduces, the business model needs to evolve. Is it a means of providing a new experience that a viewer is willing to pay for? Is it a means of engagement of a new generation of fan? Does it provide a social experience that drives engagement? How does an immersive experience sit along-side a linear broadcast?  There are some great examples of production – Fox Sports’ coverage of Super Bowl LI for example – that offer more than a linear production or traditional second-screen experience We are going to start seeing more of it with an emphasis on quality and social engagement.

True IP-based remote production has been around for a few years now. We have delivered our fair share, so have experienced first-hand the evolving workflows and rapid growth – a positive trend. It might not suit every production, but the enabling technologies are improving and the economic arguments are strengthening. As production teams become more comfortable working away from the stadium we’ll see more and more of it. For us, each production model needs a different approach so we’ve always tailored our deployment to suit – remote production is a natural extension. At one end of the spectrum that could be a full fly-pack in-venue or a Flex Solution unit parked outside and at the other it could just be CCUs and in-venue communications on-site with everything else at home. Now there is just have one more thing to figure out in the planning – how the in-venue equipment integrates with what’s at home – be it a permanent facility or something we’ve built for an event. For example, at Super Bowl LI we provided the in-venue equipment and support for the NFL Network and fed the cameras, video signals and 400 channels of audio back to their facility in Culver City where the programmes were cut together. It meant that a huge amount of space was saved at the crowded venue, and a great show was produced by a production team with full facilities in familiar and comfortable surroundings – a win-win. 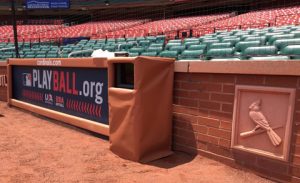 The specially developed Front Row Cameras provides a tight shot of the pitcher, plus great super-slow-mo of the pitches

Can you tell us more about the Front Row Cam system and how that might be used outside of baseball?

This we something we developed alongside ESPN. Phil Orlins, the ESPN Senior Coordinating Producer, noticed that one of the biggest shots missing from modern baseball coverage was the low-home shot – gradually lost to premium ball park seating over the last 20 years or so. It’s the camera that gets the tight shot of the pitcher staring at the hitter and the great super-slow-mo of the pitches. He told Steve Raymond, senior technical specialist, that if a small robotic-camera option could be developed to capture the pitcher’s face in super-slo-mo and be acceptable on the field it would be great for baseball coverage.

Having played around with different solutions to improve the shot, it was Steve who came up with the concept of building a camera in a cylinder aimed skyward and shooting the image off a mirror. He worked with our director, global camera operations, Patrick Campbell to create a system with a small enough footprint to fit directly into the wall beside signage and below the back stop and to serve ESPN’s needs.

Camera-wise it is built around a Sony HDC-P43 with a Fujinon HA42x13.5 lens, Sony BPU-4000 baseband processor unit (with high-frame-rate license), HDCU-2500 CCU, and RCP1500 remote-control panel inside the truck. The 6X slo-mo replays are handled by an EVS XT3 replay server. The entire system runs on two fibres into a Sony HKCU-SM100 CCU extension adaptor. The Front Row Cam also features a VER pan-and-tilt controller for the remote operator and a VER 3D-printed pan-and-tilt housing. All in all, the system takes more than 200 hours of in-house printing time!

The system made its debut at the beginning of July. Feedback has been good and whilst tweaking is ongoing to serve ESPN’s production needs and the MLB regulations. It’s a great example of where we have been able to bring our R&D and manufacturing resource to overcome a particular challenge and improve production.

Conversations around HDR in one form or another come up with almost every production we’re involved with. Technically, so long as you know what to look out for and have the right building blocks in place it’s not too tricky. As UHD production settles, its logical to include also as part of the package HDR and things like Dolby Atmos so the quality of the HD assets and wider work-flow are protected. At the moment, a full HDR production needs a certain level of kit that’s relatively scarce and comes at a premium, but as assets refresh, along with new contract cycles, and trickle through the market, the cost differences, compared to SDR, will reduce. I don’t think it will happen by mid-2018, so it’s likely to be the ‘headline’ events that will benefit from HDR in the near future, but it will widen out as technology and expectations on the delivery and consumer sides become more developed. Some productions see HDR as a key differentiator, others feel that their strength is greater exploitation of unique SDR content for OTT and social channels.

Is eSports having an impact on the rental market?

eSports is a great example where we can bring our breadth of resource and expertise and cover the event as a whole – LED, broadcast, audio and so on – and not only provide great facilities to the production, but also generate efficiencies in doing so. We work with the biggest brands on both sides of the Atlantic initially on the event side, but increasingly on the broadcast services and facilities, too. The ‘rules’ of the coverage are still being defined. It’s an arena in which workflow is evolving quickly and technology is being pushed to the limits. We are finding that eSports is an area where broadcast and IT approaches meet – and needs a hybrid approach drawing on best practice from all disciplines. From a broadcast perspective, the facilities need to be at least as sophisticated and resilient as any TV show and overall, we use the same building blocks – the production aspirations and viewing figures speak for themselves.

In July, in front of 10,000+ Counter-Strike and E-gaming fans at The SSE Arena at Wembley, our client FACEIT produced a most impressive, live-streamed. 36-hour YouTube broadcast of the ECS Season 3 Finale tournament. The Esports Championship Series is a ground-breaking Esports initiative designed with a goal to help Esports grow beyond its current state, while respecting the core values of the Esports ecosystem and the community. VER brought its technical expertise and vast inventory of products and solutions to the game. Our on-site engineering team easily adapted to the increasing and multi-faceted production requirements. The number of PC computer video feeds actually tripled from original plans, and we adapted our systems to the on-site creative needs. This unique world event is one of the largest e-gaming tournaments ever produced and VER supported it with LED systems driven by our award-winning M8 Processor, custom flypacks, rigging and a host of broadcast and video equipment, including camera and fibre systems, along with technical and engineering support staff.