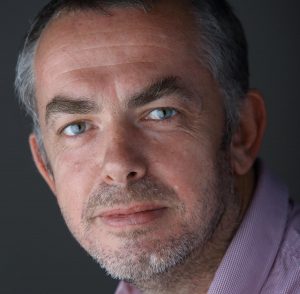 In a world where traditional television and IT-based technologies are converging, Videlio – Media’s mission is to design, implement and support fully integrated systems. Its projects utilise leading-edge AV media and IT technologies from 4K over IP systems, outside broadcast vehicles, or full turnkey TV playout centres to next-generation software-defined IT solutions for content management and content publishing. Director of Operation Malcolm Robinson was keen to discuss the emerging technologies.

Have the demands of sports broadcasters for your services changed over the past few years?

In the business of sports broadcasting, migrating beyond HD to HDR and 4K is the biggest priority. There is a demand to produce more content at a higher quality than ever before, so they’re looking at how to take advantage of IP to create something that can “live” for the next 10 years. Most sports broadcasters are already looking at what’s happening even beyond 4K, to 5K for multi-camera scenarios to support VR. So yes, the demands have changed dramatically, and they need to know how they can leverage new IP infrastructure so they can have more flexibility moving forward and better prepare for what’s to come.

How do you assess the future of remote production with regards your business?

We do a lot of remote production infrastructure, as it’s a significant need in the sports broadcasting business. There is a major benefit of having a lighter infrastructure deployed that enables you to produce remotely. With the increase in connectivity from the stadiums to the studios, there’s also an increasing number of solutions available, which means great opportunity. We’re redefining workflows for live production between a permanent infrastructure and OB trucks.

To do this, we’re leveraging two things – high bandwidth connectivity that makes it feasible to remotely produce, that is from the studio. As well as the alternative, which is to produce a fully finalised feed from the stadium to the studio. 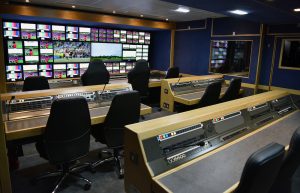 The production gallery of Arena’s OB-X

SMPTE-2110. The challenge is how fast will the industry truly have products to support SMPTE-2110. While it’s still 18 – 20 months away, this standard will create a much richer multi-vendor environment. In the meantime, the challenge is choosing an infrastructure that is consistent enough for the current state of the standard, so broadcasters will have the ability to migrate/upgrade to SMPTE-2110 when it becomes truly implementable. So, what do we do now to prepare for that?

Above and beyond SMPTE-2110 – down the road broadcasters and production companies will be looking at taking advantage of software-defined networks to give increased flexibility to their IP infrastructure. So, we’re moving from SDI to IP that’s one step, then from IP to software-defined networks for easier management and more flexibility. These are the two pieces of the IP evolution.

With the continuing integration of IT and broadcast technologies, are the colleges producing engineers with the right knowledge base that will benefit companies such as Videlio? 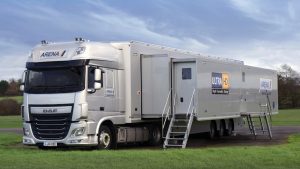 Live production over IP networks is not standard IT infrastructure. If you look at post-production or file-based production, it’s already pushing the envelope with traditional IT environments. But when it comes to IP infrastructure for live broadcast where we’re replacing SDI with IP, the challenge there is, in essence, we’re using a bunch of technologies that are not really used in the IT world, not massively deployed, such as multi-cast. Young engineers straight out of school may be IT-savvy, but IP for live broadcast is something that has its own requirements and its own specificities, because it’s really on the cutting edge of tech – it’s not something they’re necessarily learning in college.

With respect to file-based production workflows, yes, people are more and more savvy; they have the ability to understand mission-critical IT systems, and that’s something very different than traditional IT. But when it comes to live production, there’s really a distinction. The implementation is very specific; it’s really something that just came out of the labs and into the field, so there is still a requirement to actually train engineers on these new technologies. There’s less than 10 IP trucks in the world, because of that there’s specific requirements with respect to live production.

Live production uses IP, banks use IT. The way we use IP networks for live production is very specific; it’s atypical and basically that’s what Videlio has done, we’ve debugged the way of doing it.

Can you share with us a sports related case study that illustrates your innovative use of your services?

Videlio worked with Arena Television to develop their latest generation production vehicles. Arena has been in the business of sports broadcasting for the past 30 years and has a fleet of over 20 OB units. Together, we developed the first IP-based OB trucks.

Arena invested £20m in their new fleet of 4K/UHD enabled broadcast vehicles, working with Videlio to make the leap to IP. The fleet upgrade includes three vehicles: OB-X, which is used to cover the English Premier League in 4K for BT Sports; OB-Y, which follows the English Rugby Union in HD for Sky Television; and the future OB-Z. All are based on a triple-expanding coach-build to allow for a spacious and comprehensive production space, utilising all-IP infrastructure for their 32-camera production.