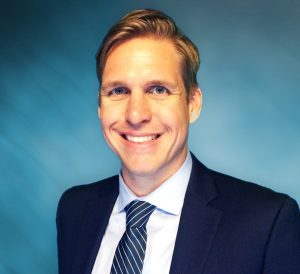 Wowza Media Systems enables organisations to harness the power of streaming by reducing the complexities of video and audio delivery to any device. Its technologies allow users to deliver live and on-demand content with customisable software and cloud services. The Wowza Streaming Cloud, which enables live streaming on any device directly from a camera or encoder, is built on the Wowza Streaming Engine server software. This allows users to employ adaptive bitrate streaming for live-streaming no matter the end device or bandwidth.

With all that in mind, our Sit Down with Regional Manager for Europe, Middle East and Africa, Ryan Jespersen, began with some thoughts about the year ahead…

What are your predictions for the streaming market for the remainder of 2018?

Social media powerhouses Facebook and Twitter have entered the live-streaming game in sports broadcasting, and this trend is going to increase in 2018. Sports broadcasters need to develop a comprehensive strategy for professional live streaming to social media platforms.

Sports games make for compelling live social media content; not only is the outcome unknown, but most viewers are also passionate fans eager to talk about the in-game action with the broadcaster and with each other. Social media platforms provide the ability for worldwide audiences to interact with unique media content – including live sideline commentary, player and coach interviews, locker-room coverage, analysis and highlights, fan-driven contests, trivia and interactive segments.

Producer and viewer automation will be another hot topic in 2018 as artificial intelligence (AI) and machine learning are used to impact video and streaming.

Machine learning is about predicting the future based on the past. Providing a machine with the ability to learn allows us to create understanding out of pattern recognition. There are a multitude of valuable use cases for media and broadcasters.

Currently, content moderation is a manual, expensive and cumbersome process for live video workflows and there are no processes in place for new media like user generated content. The ability to automate Metadata Enrichment can provide unprecedented value, including, speech to text, tagging tools, translation and text recognition, recommendation engines and smart advertising for product, ad and content placement.

What do you see as the most significant development in streaming engine technology in recent years? 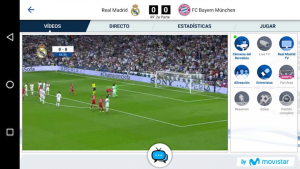 The broadcast and cable industries have operated under standards for decades. The most significant development in the streaming media industry in recent years is the development and adoption of open standards. This is true of protocols, codecs as well as native HTML5 and device playback, eliminating proprietary workflows that have required third party plugins and software development kits (SDKs). The recent news that Apple joined the Alliance for Open Media will drive further standardisation across the streaming industry.

How do you go about adding value through the transcoding workflow?

Transcoding with Wowza technology lets you refine your live encoding and streaming workflow, saving on upload bandwidth, while delivering the best-possible-quality streams to each user’s specific device. ​ Wowza’s transcoding workflow allows users to easily create streams of various bitrates and dynamically serve the right one to each viewer based on their bandwidth – making it fast and simple to deliver your streaming video content to any device, anywhere, anytime.

What are the challenges when it comes to VR and 360-degree streaming?

At CES 2017 the top gadgets were based on Virtual Reality, and just about every booth showcased some kind of VR experience. But this year at CES 2018, VR seemed like more of a passing fad. There were enough head-mounted displays (HMDs) to make us aware some companies are still investing in it—not to mention Samsung’s VR “ride” — but nonetheless, there seemed to be a giant popping of the VR-hype bubble.

In 2017, there were at least 45 manufacturers showing a number of 360° cameras; stereoscopic cameras, 180° cameras, and drone and cellphone-mounted optics. Only a year later, that list was down to less than a dozen. Similarly, with about 30 HMD makers’ products on display last year, this year there were fewer than 10. Whether due to market attrition, or CES becoming too expensive to buy space, the VR showcase was far more concerning for a technology that shows promise not only for entertainment, but for a host of other applications, as well.

How has the increasing use of OTT impacted your solutions?

OTT video is growing by leaps and bounds, with anticipated compound annual growth rate of 24% through 2019. Wowza technology has created tight integration with leading player technologies that enables deployment within minutes to Chromecast, Roku, and other OTT devices, as well as apps for tablets and smartphones. Wowza technology enables broadcasters to future-proof their OTT streaming solution to support an ever-changing landscape of devices.

What are your plans for NAB in April?

Designed in cooperation with Facebook, the Wowza ClearCaster appliance will headline the NAB conference and is built from the ground up to ensure the most successful broadcasts on Facebook Live, from any workflow. Our ongoing collaboration with Facebook has enabled us to create a purpose-built appliance for professional broadcasters and streamers seeking an easy way to improve the reliability of streaming on Facebook Live.

Do you have an innovative European sports-related case study you can share with us?

Real Madrid wanted to find a new way to engage their fans at the Santiago Bernabeu Stadium. Many European football teams don’t own the rights to broadcast live game footage on video scoreboards. That means a fan sitting in the back row of the stadium may actually have less access to game coverage than a fan halfway around the world. Unless they’re close enough to see all the action, there’s no way to catch every play. This is also true at large venues in motorsports like Formula One and MotoGP, where viewers can’t follow their favourite drivers around track.

However, teams do have the rights to stream content in closed-circuit and local or wide area network (LAN or WAN) environments for VIP and premium users. That’s where Epic Smart Stadium comes in. It leverages Wowza Streaming Engine to deliver in-stadium, bring-your-own-device (BYOD) streaming for live and on-demand video — so every fan has a front-row seat. The service provides everything required to stream events, in high quality, to any LAN-, WAN- or internet-connected device.