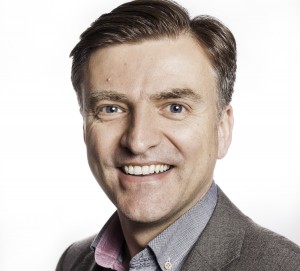 In 2016 WTS will celebrate its 20th anniversary of supplying broadcast and production equipment and undertaking broadcast systems integration work. During those two decades, it has also grown its expertise to encompass live production for events and sports broadcasting, as well as news facilities and location services.

As another hugely successful year draws to a conclusion, WTS sales manager Duncan Payne discusses 4K being on the “verge of something big” in sports, the revolutionary promise of IP-based workflows, and an exciting ongoing studio project…

How would you compare overall activity levels for 2015 compared to last year?

Business this year has been significantly up on last year, but I think that’s more to do with our business diversifying than there being a general upturn in the amount of equipment being bought in the market.

WTS has always been really strong in the OB sector and this continues to be the case. But we’ve worked really hard to develop our camcorder business too, and we are now selling more camcorders than we ever have before.

We have placed a huge emphasis on educating our sales team and having an in-house cameraman, Patrick Van Weeren, has been brilliant for our customers who can talk to us peer-to-peer rather than cameraman-to-salesperson. It changes the dynamic of the conversation, and every cameraman that has met or spoken with Patrick has been enthusiastic about what we are trying to do.

No other reseller has taken this approach, and it sets us apart from the competition. The challenge of course is that there is only one of him, so he is a busy guy, writing blogs and articles for our website, filming sample footage, testing new products, and putting the latest cameras through their paces.

In which specific areas of the business have you seen the greatest upturn this year – and why do you think that is? 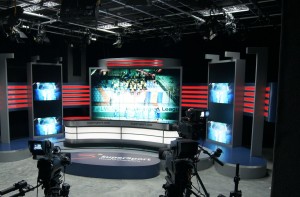 I feel that 4K acquisition in the sports arena is on the verge of something big. The key camera manufacturer in the sector, Sony, now has a 4K 2/3” camera offering – the HDC-4300 – and while the extra 2RU of space required for the BPU-4000 processor unit is not ideal in an OB truck, the pictures are ground-breaking.

The main reason for the change has been the technological breakthrough allowing true 4K acquisition from a 2/3” sensor. Grass Valley was the first manufacturer to offer this, with the LDX 86 Universe, and whilst the image is slightly up-scaled to achieve the 4K it’s still a viable 4K workflow using 2/3” mount lenses. Sony has managed to generate a true 4K image from their sensors; it isn’t quite as good in low light as the Grass Valley LDX 86, but the image quality is stunning.

There are two key benefits of using 2/3” sensor cameras in sports production. Firstly, contrary to the much-loved shallow depth of field we see in dramas, sports production largely requires the whole shot to be in focus – and of course in 4K, even the slightest focusing issue is going to be very obvious. It’s the 2/3” sensor cameras that achieve the depth of field required for sports. Secondly, an OB company can continue to use its existing HD lens inventory until the lens manufacturers can deliver 4K 2/3” lenses.

Most of the footage we’ve seen of the Rugby World Cup has come from Telegenic’s new fleet of Sony HDC-4300s, and they are very happy with them. One key feature that they do like is that the cameras will be able to do up to 8x slo-mo in HD, so are very useful for fast-moving rugby footage such as England’s lightning exit from the tournament.

Camcorder sales have been really strong for WTS, with Canon introducing their C300 Mark II to great acclaim. WTS held the London launch at Ronnie Scott’s jazz club in Soho in August, and it went down well with 200+ attendees who saw first hand how good the camera was in low light. We’ve held similar educational events at Sony’s Pinewood centre on the PXW-FS7 and these are really well-received by cameramen who need to know they are making the right decision when investing in new equipment.

We’ve also been heavily involved with the Panasonic VariCam for more top-end production and Patrick is a big fan of this, which is enough to tell me that it’s a high quality, production-friendly piece of kit.

We have demo units of all of these camcorders available, which is also crucial for clients wanting to try before they buy.

How important is sports broadcast to your overall workload? And in what primary ways do you help ensure the ever-changing needs of the broadcast community are met?

An eight-camera HD OB truck built by WTS for Video Europe, which has been used to cover Chelsea’s U21 matches

Sports broadcast, and live production generally, has always been fundamental to WTS’ activities. We buy and sell new and used equipment from all over the world. Uniquely, two factors help us to do this. Our sister company TIMA has TV studios in London, Paris, Washington and Rio, working with the highest quality production cameras – so we know the needs of the live production market very well from our own experience; and WTS also has offices in Africa and Asia, so we can often facilitate the trade-in of older technology as our clients upgrade to the latest equipment, and can then sell the older kit in to different markets with less advanced technology requirements.

Keeping abreast of the latest developments in OB technology is crucial. It helps that our systems team, based in our Leeds OB manufacturing plant, are really on the ball. We’ve built more than 60 OB trucks in the past six years so the engineers know what technology works and what to avoid.

It’s really important that our manufacturer relationships are good and we are in the know about not only what is available now, but also what is just around the corner. We’ve just won a big OB vehicle contract and one of the reasons was our knowledge of some upcoming technology and how it would benefit the client’s workflow.

Equipment-wise, what would you identify as the most important trends of the last few years among sports broadcast customers?

IP, HDR and 4K, in that order. It was interesting to see Sky’s reaction after BT Sport announced their 4K plans a while back. The general expectation was that Sky would follow suit. They’ve been running successful tests with more difficult workflows so no doubt they could have chosen to do it. But for the moment they’ve chosen not to.

The benefits of IP technology are pretty apparent and the huge businesses that develop the technology dwarf the broadcast manufacturers. No doubt it will come, and it will revolutionise OB production. There is a nervousness around being an early adopter of it, but the recent news that German OB company TV Skyline have commissioned an IP-based vehicle could be shown to be a visionary move.

A recent report showed the huge expected demand for TVs with High Dynamic Range capability. HDR may have a major impact on consumer demand for new technology. Whilst you require a screen size in excess of 60” to notice the difference between HD and 4K, HDR is noticeable on a screen of any size. I feel the manufacturers should be focusing on those benefits the majority of consumers can recognise.

If you had to nominate one major sports broadcast project from recent years that exemplifies WTS’ services, what would it be – and why?

Although it can be a fairly minor part of the whole production, a major broadcaster will always want to take away a copy of the TX shortly after the end of the event. This has been a DVD for years, but now WTS has provided two clever alternatives.

The basic LGZ USB recorder can receive a TX HD-SDI feed in and output it to up to eight USB keys. A smarter option using the same USB solution is ID-4’s MMR-410, which can take four HD-SDI feeds and output any combination of these feeds on to up to 10 USB keys and either five additional network drives, or three network drives and two FTP clients. It’s a great solution if one client wants just two feeds on two USB keys, but the match officials want a USB key with all four feeds.

I feel this really shows that WTS understands the requirements of our clients and provides innovative solutions for them. Every truck at the Rugby World Cup had one of these solutions in it.

Finally, what can you tell us about forthcoming plans and projects?

WTS has successfully won the tender to build an OB truck for a new client in the UK, which is great news for us. We have also won some major overseas truck building contracts so our systems integration team will be cancelling Christmas for the third year running, as deadlines will be tight!

Our business is so diverse with a strong presence in a breadth of markets across the globe. Our sister company TIMA is building its network of studios across the globe and has this year partnered with Reuters to provide location services, while our Africa and Hong Kong offices continue to bring in diverse opportunities. It’s never dull!