SVG Europe welcomes Ncam to the fold as Gold Sponsor

Ncam has joined SVG Europe as Gold Sponsor, bringing its expertise in augmented reality (AR) to the fold.

Ncam offers a complete and customisable AR platform that enables photorealistic virtual elements in real time. At its core is a unique camera tracking solution that offers film and TV productions virtual and augmented graphic technology without limits. 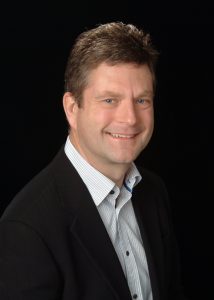 The device uses a lightweight sensor bar attached to a camera to track natural features in the environment, allowing the camera to move freely in all locations while generating a continuous stream of extremely precise positional and rotational information that can feed all industry standard graphics engines via Ncam’s flexible software development kit (SDK).

Commented Mike Grieve, CCO at Ncam: “It is an incredibly exciting time for Ncam to join SVG Europe as the rapid use and expansion of augmented reality in sports becomes exceptionally creative. Whilst Ncam boasts a collection of high profile sports clients (eg, Fox Sports, ESPN, BT Sports. Sky Sports, Formula 1,) we are not widely recognised across sports broadcasters.

“SVG provides the ideal platform for Ncam to expose its completely unique augmented graphics solutions to the world’s sports broadcasters, confident in the knowledge that it has already been used on some of the highest profile sports events, such as The Super bowl to 111 million viewers,” continued Grieve. “As we are the only markerless camera tracking system that can be used outside, our plans for greater adoption across sports broadcasters, are ambitious. Ncam has already been used on aerial camera systems for ESPN’s NFL augmented graphics, so we expect to be further pushing the limits and use of augmented reality across additional sports.

“To date augmented reality has been used to display statistics and replays, but there is greater realism and quality still to come, and Ncam is uniquely positioned to offer both first,” concluded Grieve.

The company’s multi-award winning patented technology integrates seamlessly to any production, capable of adapting to a wide range of applications from indoor and outdoor use to mounted or even hand-held camera configurations.