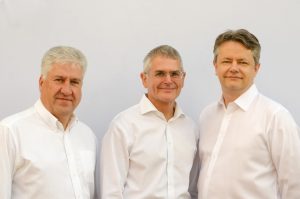 SVG Europe is delighted to announce its latest Gold Sponsor in the form of Marquis Broadcast, which was established in 1998 to provide bespoke workflow solutions for the broadcast and media industry.

During subsequent years the company has productised these developments to provide ‘off the shelf’ solutions, and to enable low risk integration and easy workflow transformations. Its skills are cross platform and – among many partnerships – Marquis is a technology partner of Apple, Avid and Adobe, meaning its team fundamentally understands workflows at clip, sequence and project level.

Medway has the largest library of contemporary and legacy integrations, and its ability to integrate and translate between third party APIs and controls is described as being ‘uniquely powerful’. Medway is used to fix simple point problems, or to act as an integration hub for an entire facility. Its ability to round-trip media and sequences with Avid is unique. It scales to power many of the world’s largest media enterprises, such as CBS, NBC and Disney. It is described as being ideal for workflow infrastructure transformation and library migration. 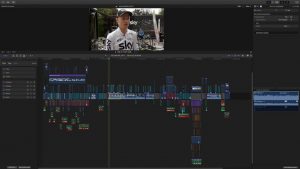 Marquis products have been used throughout the world by major sports broadcasters including OCS, SuperSports, Tennis Channel, Channel 75, NBA and IMG World.

ITV4’s production of the Tour de France, edited on FCP X, was able to save significant amounts of storage space by using Worx4 X, the Marquis FCP X consolidation tool. Meanwhile, Project Parking enabled Sky Sports to synchronise trackside and London-based Avid projects for coverage of a Formula 1 season. At TVG in LA Medway is used at the heart of an Avid/Imagine Communications live production workflow.

As a company Marquis reports that it is growing rapidly – by more than 40% in 2017 alone – and increasingly is seeing its products being used in more and more sports production and infrastructure projects, in large part because of the early adoption of UHD, IP and cloud ground workflows.

Of the decision to join SVG Europe as a Gold Sponsor at this point in the company’s development, Marquis Broadcast Sales & Marketing Director Paul Glasgow comments: “Our view is that SVGE offers the best way of engaging with the sports production industry. The editorial focus, quality of events, and conferences enable both the technology and operational sides of the business to engage, debate and move the industry forward as a whole. We feel our suite of hybrid cloud ground workflow and integration products will further enable and transform sports operation and production. So for us SVGE is a natural partner and we look forward to engaging with and contributing to the SVGE community.”