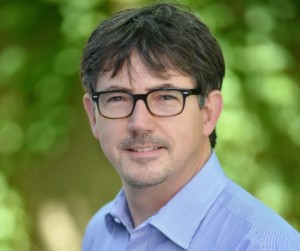 SES’ General Manager of the Occasional Use team, Richard Lamb

SVG Europe is delighted to announce its latest Gold Sponsor in the form of global satellite operator SES. The company has more than 50 geostationary satellites (GEO) and, through its subsidiary O3b Networks, 12 medium earth-orbit satellites (MEO).

SES provides infrastructure which allows broadcasters to reach almost every person on the globe. As the volume of live sport increases, and technology evolves, it has moved to cater for more and more of the industry’s needs. The SES Occasional Use team operates satellite services that help to deliver sporting events to TV screens worldwide.

Sports continues to be a major contributor to the SES business. For example, the company recently announced a record uptake of its satellite capacity for the Olympics when compared to previous Games. A total of 23,000 hours of capacity were booked on four SES satellites – NSS-806, SES-4, NSS-7 and SES-3 – to enable transmission of the Games to broadcasters in the Americas, Europe, Asia and Africa.

SES served a total of 10 leading broadcasters based in the US, UK, Switzerland, Italy, Brazil and Japan. This record demand illustrates how broadcasters continue to view satellite as one of the ideal way to broadcast excellent image quality of sporting events live to millions of viewers around the world.

SES has broadcast sporting events from across the sporting spectrum – from global mega events such as the Olympic Games (both Summer and Winter) and the FIFA World Cup, to the Commonwealth Games, to annual multiple-service events such as Formula One, Major League Baseball (MLB) and the National Hockey League (NHL), all the way down to niche, region-specific events such as Gaelic sport and horse-racing from Ireland.

Explaining the decision to become an SVG Europe sponsor, SES’ General Manager of the Occasional Use team, Richard Lamb, remarks: “The core of our business is to be connected and bring the world together during the main sporting events. Joining the European arm of SVG is an exciting milestone for SES. SVG Europe allows us to participate further by connecting us with additional events further afield and discovering new opportunities.”