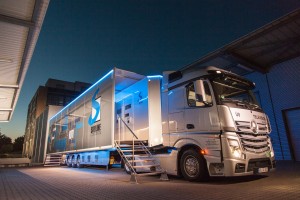 The OB8 truck is an important part of the current TV SKYLINE fleet.

Leading outside broadcast services company TV SKYLINE GmbH has joined SVG Europe’s ever-growing roll-call of sponsors in the OB/SI category. Based in Germany, TV SKYLINE is also active in many other countries with its fleet of flypack solutions and OB vehicles.

In business for more than 26 years, TV SKYLINE is an integral part of the European OB community. On the sports side, the company helps to deliver coverage of some of the most important tournaments in football, including the Bundesliga, and is also a UHD partner of Sky in Germany, as a result of which it has undertaken host broadcaster duties for the Champions League and UEFA Champions League. Other notable clients including OBS and ZDF, while an impressively diverse roster of sports covered includes handball, tennis, ice hockey, canoeing and rowing. 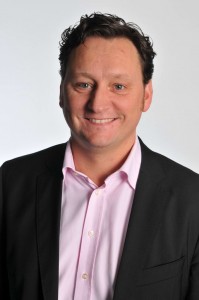 The company also has considerable interests in live music and entertainment broadcasting. It is the long-term OB services provider to the Bayreuth Festival – the annual celebration of Wagner’s music (read SVG Europe’s report on the 2016 event here https://www.svgeurope.org/blog/headlines/tv-skyline-provides-ob-services-for-groundbreaking-ring-cycle-broadcasts/) – and has regularly worked on coverage of events from landmark venues such as the Bayerische Staatsoper in Munich. The company has also provided OB facilities to capture performances by more contemporary acts, including Coldplay, Depeche Mode and Red Hot Chili Peppers in the last 12 months alone.

“We have attended a number of SVG Europe events over the last few years and it has become increasingly clear that they are the ‘place to be’ to find out about the new technological trends and how they are going to affect our industry,” says TV SKYLINE managing director Robert Kis. “The content is very useful and so are the networking opportunities. We look forward to working closely with SVG Europe over the year to come.”