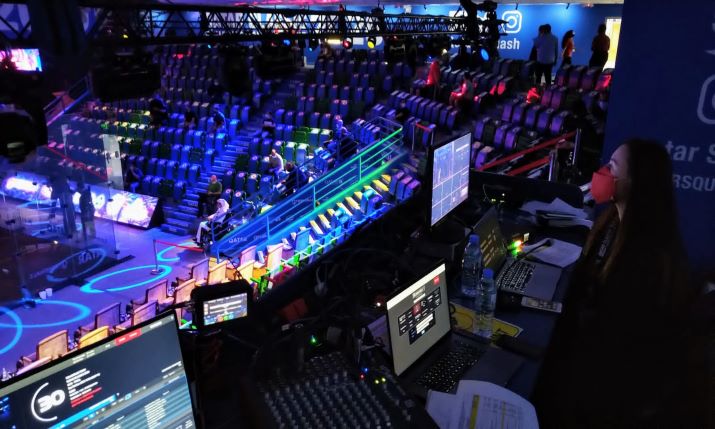 Sarah McLaughlin, an SVG Europe Women and Rise mentee, has become the first woman to direct a squash match for the Professional Squash Association (PSA).

The PSA is the global governing body for the men’s and women’s professional squash circuit. The PSA World Tour involves over 200 tournaments annually.

McLaughlin, a multi-skilled operator at the PSA, directed the Qatar Classic 2020 between 1 and 7 November, with over 24 matches in seven days on location in the Middle East.

“Working in TV is high stress as everyone knows, but when I sit down to direct I feel calm, focused and the most myself”

On the experience, she commented: “It was the best experience of my life in a very surreal way because I had dreamt of the moment for years. It didn’t feel real, but also very real. I was nervous, obviously, but I knew I could do it and I knew my team was behind me.

“I directed 24-plus matches and three broadcasts in the seven days so the most challenging aspect was getting a good sleep and feeling refreshed for the matched days.

“The most exciting thing was doing the running orders and deciding on the vision, and then the 10-second count to on-air; that was a rush!,” she added. 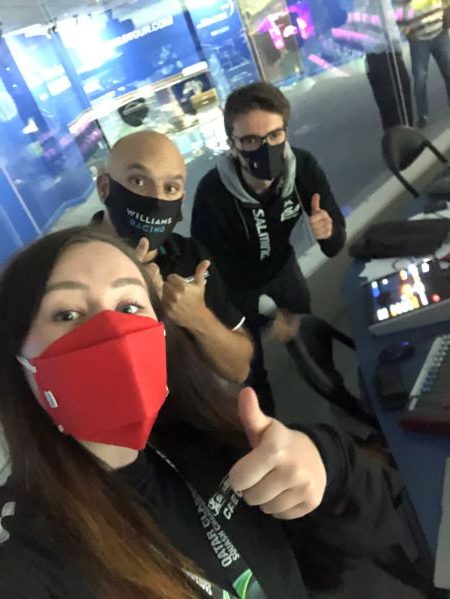 McLaughlin has wanted to become a director for some time. As part of her menteeship, SVG Europe Women teamed her with mentor, Gemma Knight, BT Sport director. Knight has been influential in helping McLaughlin achieve her goals.

McLaughlin notes: “I wouldn’t have had the confidence to do [this directing job] without my mentor Gemma Knight; she is such an inspiration to me and makes me feel like I can achieve whatever I put my mind to.

“The other women in Rise and Hayley [Webster, another mentee] from the SVG Europe Women programme are so supportive and have given me this feeling of possibility and the confidence to stand up for myself and push myself,” she added.

McLaughlin has worked hard to achieve this goal. She explained: “I have wanted to direct from the moment I started at the PSA but it takes time to prove yourself and I never stopped pushing and asking for the opportunity, but the only reason I got it this time was because my colleague stepped to the side and pushed for me to get the opportunity; without him I would have never had the chance.”

She goes on: “I want to be a director because of how it makes me feel. Working in TV is high stress as everyone knows, but when I sit down to direct I feel calm, focused and the most myself. Sounds strange but it’s true.”

However, she added on being the first woman director in the PSA: “I want to be seen as a good director in the future, not a good female director, so this title makes me conflicted. It’s a weird title; I don’t want to make it a gender thing but I recognise its significance. It also feels weird to be the first female of anything in 2020, but I guess there is more work to do.”