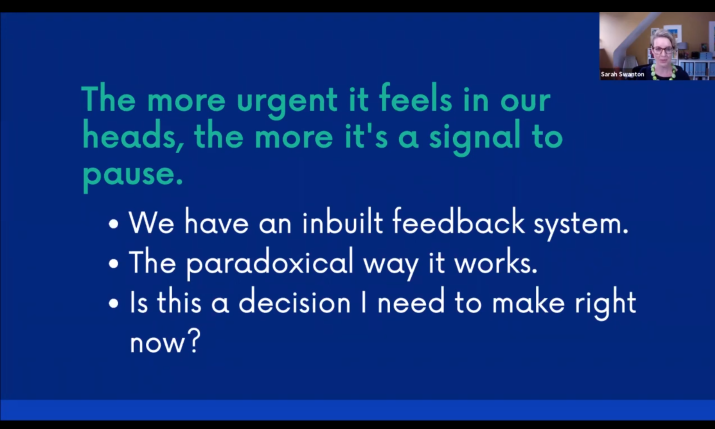 The tailored SVG Europe Women Virtual wellbeing and resilience workshop, which took place on 13 August, enthralled the audience for double the length of time it was supposed to go on for.

Special guest speaker, wellbeing and resilience coach Sarah Swanton, took viewers through a live 25-minute seminar titled, From Overwhelm to Clarity: How to operate from a place of calm, clarity and common sense more of the time.

This included a gentle breakdown of the ways the human brain behaves in a natural, calm and creative state – its ‘default setting’ – onto how it actually behaves most of the time due to our daily struggle with the pressures of work, life, deadlines, and guilt.

Swanton then took the viewers into a series of constructive questions and scenarios on how to let yourself breath and not be overwhelmed by the 80,000 thoughts we apparently have flitting through our brains every day, in order to enter a more calm, controlled state.

She concluded the session with a meditative focusing exercise to allow viewers to gain control of their overwhelmed selves when necessary, and return to a state of calm. 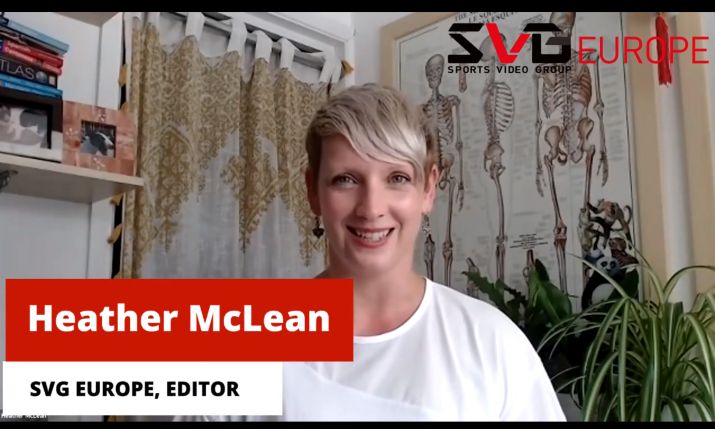 After a chat with SVG Europe Women internal head and SVG Europe editor, Heather McLean, the audience’s questions were put to Swanton, which led to the workshop running to over an hour rather than the advertised 30 minutes.

Viewers were enthused and empowered by Swanton’s talk, and conversations continued offline for much of the day.

McLean commented: “We are now at a point in the sports broadcasting industry where, while many are returning to work as sport comes back, many more are still in limbo. There are hundreds of freelancers out there that are still waiting for that next job, others that were in fulltime work that have been let go, and more again who don’t really know if their job still exists.

“On top of that, many of us have had other events happen to us during lockdown; stress; illness; loss of loved ones. This is not an easy time. I feel that Sarah’s workshop, and the idea of concentrating on our wellbeing and mental health, has never been more important. Today’s session was amazing and I look forward to welcoming Sarah back on ‘stage’ with SVG Europe Women Virtual in the near future,” she concluded.

This workshop was tailored by participants themselves prior to the event with a questionnaire that allowed them to choose which session, and even which type of language, would be presented to them.