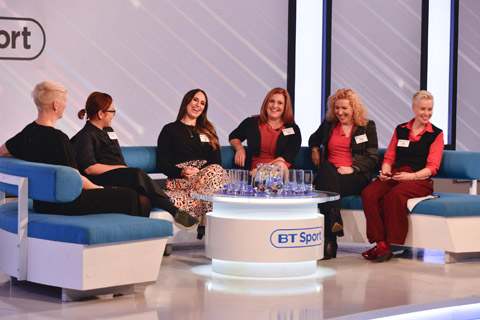 SVG Europe Women is back on 30 January 2020 at BT Sport in the Queen Elizabeth Olympic Park London for another evening of networking and insightful sessions.

The SVG Europe Women winter networking event with BT Sport and Timeline TV is set to be a fantastic evening, kicking off at 5.30pm with drinks and canapés and a lot of networking opportunities for guests.

With the registration deadline on 21 January approaching, now is the time to sign up!

BT Sport presenters Abi Stephens and Sarra Elgan will be hosting and chairing sessions, and with one of the broadcaster’s women’s football experts, former Lionesses goalkeeper Rachel Brown-Finnis, also speaking, as well as the presentation of the first SVG Europe Women Achievement Award, this is set to be an outstanding night.

The first session of the evening, SVG Europe Women in conversation, will see presenter Sarra Elgan talking with Heather McLean, editor at SVG Europe and internal head of SVG Europe Women, on the initiative and where it is heading.

Next up is, Keeping it real: The Abi Stephens Show. Stephens will host a chat show-style segment in which guests will discuss various topics including women and inclusivity, encouraging greater diversity in sports broadcasting and the importance of strong female role models.

Guests are BT Sport women’s football expert Brown-Finnis, newly appointed BT Sport OB manager Charlotte Winter, and Bob Clarke, founder and chief executive at the MAMA Youth Project. This session is being filmed on the evening as a chat show, and the making of the show is also being filmed to become an educational resource. 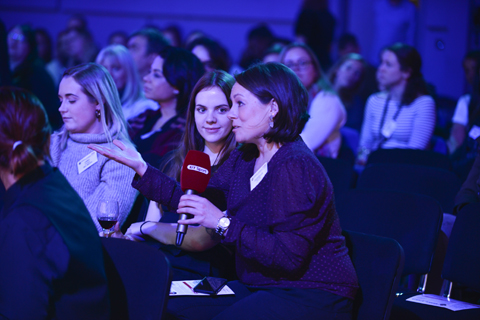 The final panel is, The Big Debate: Engineers versus Educators. Elgan and a panel of engineers and educators will discuss what needs to be done to bring more women into both engineering careers within sports broadcasting and to develop the educational tracts to get them there. The discussion will look at how we can get more women into STEM roles, the disparity between that desire and the educational prerequisites that deter or prevent women from going in that direction, and the value of learning on the job.

Last but by no means least, Stephens along with McLean and Lise Cosimi, external head of SVG Europe Women, will present the inaugural SVG Europe Women Award, recognising outstanding achievements in sports broadcasting.

Find out more about this event and register here now!