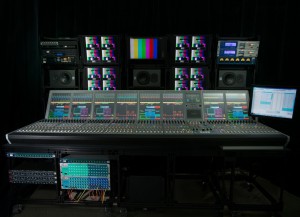 A Calrec Artemis in situ in a leading OB facility.

The first part of SVG Europe’s 2015 audio console roundtable featured input from Fairlight, Lawo and Salzbrenner Stagetec. In the second and concluding section it is time for Harman mixer brands Soundcraft/Studer as well as Calrec and DiGiCo to offer their opinions on the design drivers behind the new generation of digital mixers, the impulse behind I/O innovation, and the latest developments in audio networking.

First of all, how would you characterise the current level of demand for high-end broadcast consoles?

Calrec: The level of demand for high-end broadcast consoles is as high as ever, in part due to the high level of demands made of a broadcast desk!  Serious broadcasters have very specific requirements of their console: they need to be absolutely solid and reliable, easy to operate, have no resource-sharing, powerful, and they need to integrate with other broadcast equipment in the production workflow.

The big driver over the next few years will be these levels of communication, with protocols such as Dante, Ravenna and AES67. To best meet the needs of our customers, it is important for commercial manufacturers such as Calrec to maintain an agnostic approach to IP interfacing.

DiGiCo: The demand for us has been growing, but DiGiCo only created a broadcast version for selected products in the range a few years ago, so it’s a growing market for us. In that time, we have seen consoles installed in studio environments and for a range of OB applications.

Harman: Our development of the Infinity Series of High I/O and processing Vista consoles (Vista X and Vista V) was in direct response to the demands from our customers and the market in general. It is only one segment of the market that is seeing growth – there are others, of course – but given our strength in that sector we chose to deliver these first and are seeing good pick-up.

Producing a live show with 150+ microphones and a further 50+ sources in surround demands instant access to a huge number of controls; this is only possible with the large control surface provided with the Vista X.

The new CPU-based Infinity core provides a huge channel count (up to 800 audio channels) plus large integrated router (5000 x 5000) and many interfaces (ProBel, EMBER and LTC dynamic automation), making it very much the heart of a professional audio and video system.

To what extent do you regard the requirements of sports broadcast professionals as a driver of console demand?

Calrec: Sports has always been a driver of console demand, and more than that, of console development. The development of live sports mixing has given the view more context of these events, and the complexities of mixing in this environment have increased at the same rate! We have worked very closely with all our customers to provide a simple interface which allows A1s to concentrate on the craft of what they do. Features like Automix and Calrec Assist take much of the stress out of these environments and encourage creativity. 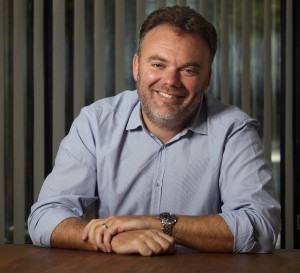 DiGiCo: The growth of interest in wider sporting productions means the need for more OB facilities. We are seeing this a lot, with college level games now gaining real audience momentum. Sporting productions tend to push the boundaries for the audiences, as they try to deliver closer to the action entertainment. We have had a lot do with feeder consoles in the field of play at high action events like X Games.

Harman: We’ve grown in the OB truck and van market over the past two years, and obviously see demand when large sporting events are scheduled. The 2012 and 2008 Olympics were great examples for us; in 2008 we had over 50 consoles on sports coverage in China, whilst in 2012 in London the BBC used a combination of  Studer Vistas and OnAir consoles for their broadcast. [Other examples include] Degas Broadcast systems using a Vista on the Glasgow Commonwealth Games last year.

In general, how do you feel the core requirements of OB and sports broadcast customers of their audio consoles have changed in recent years?

Calrec: The advent of 5.1 was by far the biggest game-changer in the way that broadcasters approached sports audio. The leap which broadcasters made changed everything – from the experience of the viewer at home to the way that manufacturers like Calrec design their equipment. Calrec works very closely with its customers to help try and anticipate their needs in the future. In fact, Calrec’s product development is continuously shaped by our customers’ changing needs. Calrec combines these relationships with knowledge of market trends to create a product that not only meets the customer’s needs but is futureproofed.  A large part of Calrec’s development is directly informed by user feedback and this is a major attribute to its success.

The development of Bluefin (and now Bluefin2) is a good example of this; Calrec saw that the processing demands on the console would significantly increase with the advent of 5.1, and had a solution in place before many of its customers needed it. By the time they did, Bluefin was a mature product. It gives large consoles like the Apollo 1020 channels of processing on just one card (with a second as a redundant spare), and is still the only realistic way to provide some staggering processing numbers.

DiGiCo: Surround sound and the increased number of embedded channels with video has meant that audio console have had to become able to handle a wider range of signals, but still maintain the speed of operation as demand on delivery time has increased as well. 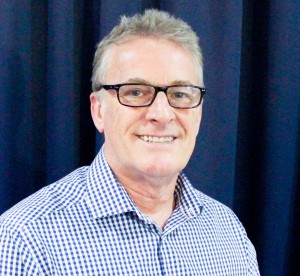 Harman: Surface and Core redundancy remains a high priority as does reliability due to the remote location nature of the business, and of course compactness and weight play a big part in transport, 5.1 and high I/O count.

What do you regard as your most significant audio console development of recent years with relation to sports – and why?

DiGiCo: Networking and distributing I/O. This is really a hot topic at the moment. The advantages of doing this on an AoIP network is a commonly discussed future option, but the choices on which format and the lack of a proven broadcast management layer currently make it a high-risk decision. At DiGiCo we have several solutions of distributing I/O; this could be as simple as a MADI connection, right up to an integration to larger networks from our sister company Calrec.

Harman: Vista Infinity, for all the reasons above

To what extent do you expect IP-based operation to revolutionise broadcast audio console usage over the next few years?

Calrec: In April 2014 Calrec committed itself to an agnostic future. While we felt that MADI continues to serve the industry extremely well, we predicted we would see AoIP interconnections providing more flexible and elegant replacements. The appeal of audio networking is obvious: it saves money, increases efficiency, provides additional security and redundancy, and encourages remote working. Most of all it promotes freedom of choice – if everything works with everything, broadcasters can choose kit based in its suitability for them.

The publication of AES67 [interoperability standard] has given AoIP a massive boost. While non-proprietary AoIP solutions are commonly not able to offer the low latency, determinism, capacity, and broadcast feature-rich audio networking that Calrec’s Hydra2 provides, we think that AES67 and its compatible brethren are a perfect companion technology for wider connectivity to third-party equipment in a broadcast facility.

DiGiCo: The demand on networking, as mentioned already, is very high at the moment. There are some protection concerns, as audio content needs to be safe. We believe, though, that we can use the network to run the audio and also incorporate our management layer to protect input/output allocation and gain control, etc.

The real challenge for AoIP is for the format selection in the first place. There are currently a lot of options out there and at the moment no clear winner.

Harman: AoIP is already making an impact, [but] our policy is to remain ‘Network Agnostic’ across all our markets and to support all standards. The additional growth of online broadcasting is a clear indication of this trend.

How important is it to support multiple networking technologies in your consoles at this time of transition in the industry?

Calrec: The ability to interface with Hydra2 is imperative for our customers in order to pass audio into a wider network. Calrec’s agnostic stance to third party networking technologies allows the customer to choose how they build their broadcast infrastructures, knowing that their chosen transport method is supported by us.

DiGiCo: As mentioned above!

Harman: Across the Vista and OnAir range of broadcast consoles, we support more open standards and proprietary systems than any other console manufacturer. This is also reflected across the Soundcraft range as both families offer solutions across broadcast, live and performing arts facilities.

Delivering more and more features in an increasingly compact form-factor has been an important influence on console design in recent times. But what do you think will be the emerging factors that affect R&D in the coming years?

Calrec: The panacea is total interoperability between equipment in the broadcast environment. The challenge in achieving this lies with the manufacturers, some of which are competitors, moving towards a common goal. AES67 is a major catalyst as it has provided a focus and a direction for everyone to move in. This could ultimately lead to remote production becoming a feasible broadcast workflow as there currently is a lot of interest amongst broadcasters.

DiGiCo: Physical size is not a real issue for DiGiCo, as our live marketplace is always looking at more compact solutions. This is why we find ourselves increasingly used in broadcast fly pack systems. The demands for larger output busses, integration with video and networking, along with making it easier to operate, are all demands here to stay.

Harman: With the introduction of the Infinity Core offering over 800 channels of I/O we overcame a huge barrier which still remains for our competitors’ R&D functions. Studer developed a unique method of using X86 technology, eliminating the latency and other issues that others have not, this breakthrough was achieved at our Advanced Research and Development Centre near Zurich in Switzerland.

This is a big barrier for many companies still offering FPGA-based systems only. The X86 chip has followed Moore’s Law – increasing 5,000 fold over the past 15 years, while the FPGA only 15. This enables us to protect our customers’ investment and offer unlimited upgradeability in the future.

Finally, please offer us a few hints about what we can expect to see from you on the showfloors of NAB and IBC this year…

Calrec: We have many exciting developments to share at NAB and IBC this year, some of which incorporate interoperability. To find out exactly what we’ve got on show come and visit us at NAB.

DiGiCo: We have some big announcements on connectivity and also some exciting group developments. We might also have something very new and different arriving on our booth at some point during the show

Harman: Studer will be showing the full range of Infinity platforms including the Infinity Tower, our claim to the most densely populated half-a-sq metre of audio I/O in the world! We will show Vista X and Vista V, the new D23M I/O controller, the full range of cores and routers, plus the compact Vista 1 with new Meter Bridge. Soundcraft will demonstrate the Vi3000 and the brand new Ui digital remote-controlled mixers; [elsewhere in the Harman family] JBL will demonstrate the new LSR 7 Series and AKG the full range of broadcast microphones and high-end headphones.