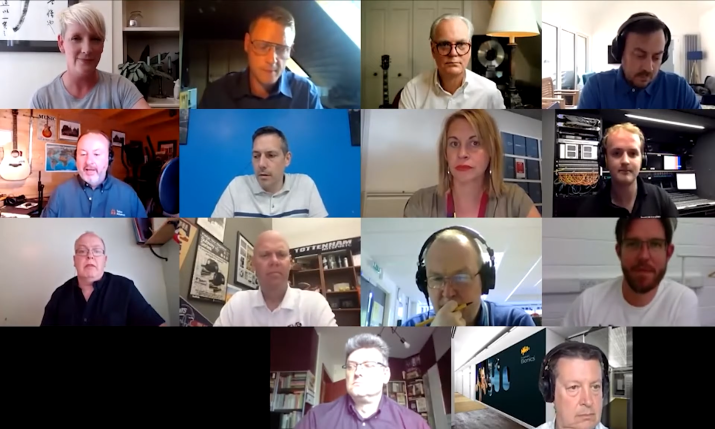 This month saw the second in the SVG Europe 2021 series of Sound Talks events, Next Generation Intercoms. This most recent iteration attracted another healthy attendance, including a large panel of industry experts.

The first presentation, the Thought Leader’s Perspective, came from Martin Dyster, vice president of business development, Telos Alliance. He took the participants through the company’s Infinity VIP cloud-based intercom system. VIP builds on the IP-based, distributed Infinity architecture, which already incorporated voice over IP (VoIP() connectivity through Opus and multisite capability. The idea with Infinity VIP is to deliver a ‘soft’ version of Infinity IP to any html5 compatible device, complete with virtualised configuration and management software.

The stated aims for VIP included software as a service (SaaS) options, portability to PC, mobile, and tablet use, a well as hardware controller integration. Models discussed were options for hybrid and multi-site with variations on centralised, decentralised, and ‘on prem’ VIP Cloud servers and third party interop, as well as working with other cloud production services. 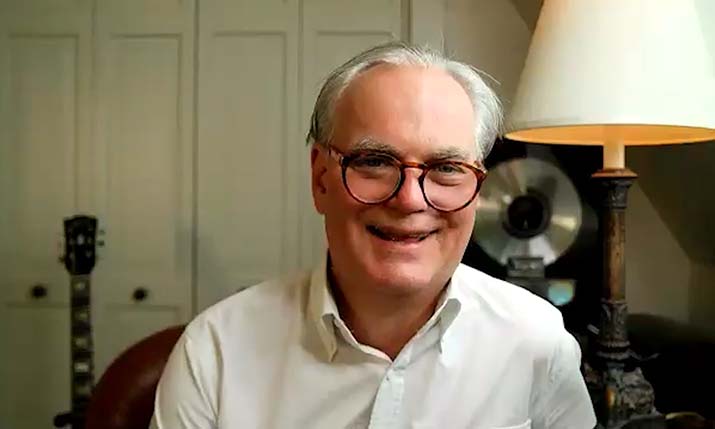 Charlesworth started the proceedings by asking about the dramatic changes in production arrangements during the COVID pandemic, and the accelerated development of the necessary infrastructures. It was generally agreed, that even though expectations of many advantages of remote production have been realised, with things like cost and environmental savings around travel.
For example, concerns that head count and staffing levels would have to be reduced dramatically have not materialised. In fact, it was noted that in some cases audio staff numbers had doubled due multiple remote locations. Penny also pointed out that most staff have had to multi-skill to a level not previously seen.

A primary issue identified was the need to rethink the way intercom systems and signals are distributed now that the traditional single hub model was no longer practical. Puschkeit pointed out that a new kind of flexible, modular solution that effectively closes the gap between venues and contributions is required, and that, if anything, timely comms are even more essential now that production teams are remote.

Productions companies had, during the COVID pandemic, ramped up their remote production capabilities accordingly, but that these systems were mostly made of legacy technologies in ad-hoc solutions without much potential for scaling. This has provoked investigations into cloud solutions, that might be able to provide that much-needed scaling and flexibility.

Regan relayed the example of the Formula E racing series which, while it has pioneered a ‘significant remote production model’, it still included a Telex fly system, a Riedel system at the main studios, software solutions for European graphics contributions, and Unity connections for other considerations. “If you move that into the cloud,” he noted. “It brings the whole system closer to everyone.”

It was pointed out some US regional broadcast networks are being completely virtualised at the moment, so there are certainly practical solutions already in operation.

Some concern was expressed around the issues of interoperability between different manufacturers’ equipment and even between different cloud-based products. The issue is particularly present given that several cloud-based audio mixers, for example, have already been released and are in use, such as those from Telos, Grass Valley, and others.

Dyster suggested that the most likely solutions would be in third party products and services with access to the various brands’ APIs and protocols. Systems such as VSM and Cerebrum were performing comparable roles and he saw no reason why anybody would be resistant to that kind of model.

Another issue that panellists and attendees were concerned about was redundancy and path diversification at various points in current and future remote systems. In domestic settings, bonded systems could introduce some security, but also introduce significant delays, so to a large extent those links were reliant on single public internet connections without redundancy.

Interestingly, Penny said that many commentators were expressing a preference for getting back to working at the sports venues themselves as soon as possible, so while remote options would clearly be necessary post COVID, the issues with domestic connections may not be so numerous.

Many thanks to all participants, hosts, and SVG Europe sponsors for making the event such a fantastic success. The next Sound Talks event is scheduled for 6 October, this time themed around monitoring.

Coming up next, SVG Europe presents its Audio Group meeting on Tuesday 20 July focusing on diversity and inclusion in sports broadcasting audio. More details on that will be coming soon.