An immersive experience and festival ‘feel’ are primary goals

ESL is among the early eSports pioneers, having launched nearly two decades ago and now ranked as the largest esports company in the world. The organisation has seen significant growth across multiple metrics for major ESL tournaments this year. In the first seven months of this year, average minute audience (+90%), hours watched (+190%), and video views (+55%) increased significantly as a result of fans’ tuning into ESL One, Intel Extreme Masters, and ESL Pro League tournaments, shattering the numbers recorded in 2018. 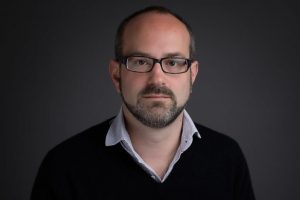 ESL’s Simon Eicher: “Competition within the eSports landscape has reached a very high level. Impressing the fans and being innovative is the key to deliver outstanding experiences”

SVG sat down with ESL director, broadcast eSports services/executive producer Simon Eicher to discuss how the sold-out ESL One Cologne CS:GO tournament went, how the esports-production landscape has changed over the years, the biggest differences in producing esports and traditional sports, what to expect from ESL in the future, and much more.

How did the ESL One Cologne production go, and what were some of the highlights?

ESL One Cologne was a huge success in many ways. While it is not a CS:GO Major, [the event] has sold out now four years in a row and had great viewership numbers across all our fans around the globe, which is very satisfying.

We added plenty of minor new features during in-game and experts segments. We are heavily working in the background to standardise and industrialise our workflows, which is not something that can be seen during the broadcast but helps us a lot moving forward.

How have you seen the esports-production landscape evolve over the past 10 years? What have been the biggest advances, and what are the biggest hurdles you’re facing today?

I think this has many layers. Besides the events getting bigger and bigger, competition within the esports landscape has also reached a very high level these days. Impressing the fans and being innovative is the key here to deliver outstanding experiences.

What are the biggest differences in producing an eSports event and a traditional sports event (observers, same feed for in-venue and streaming, etc.)?
I have been following traditional sports broadcasts since the beginning, and we have applied a lot of [broadcast] workflows. eSports is using classic tools, just [using them] differently in the mix, and I’d say we tend to tinker around a lot more and bring those features on-air rather soon. The biggest difference is the entertainment aspect and the show around our matches. eSports is creating Super Bowl[-like] halftime segments at every event, and this aspect continues to get bigger and bigger.

How do production styles/operations vary according to game type: for example, 1v1 vs MOBA vs. battle royale vs. mobile games?
Mobile games especially have changed production a lot and have a great influence on the set design and production design. Every sport has its features, so every game adds its individual flavor and taste to it, too.

How are the in-arena and live-streaming productions more integrated in esports than in traditional sports? Do you factor in the fact that you’re serving both the streaming audience and the in-venue audience when you’re producing an event?
Our onsite fan experience is very important to us for all our public events. We add a lot of great features in scenic — lights, media queues, etc. — to create a unique experience. We also have a huge amount of side activities for our fans and are transitioning our events more and more to a festival feel rather than ‘just’ a tournament.

Our audiences are second-screen natives. We always were close with them historically, from social media via Reddit or tools we have developed, like our event app or onsite games [they] can play against each other. We also interact a lot during the show with our fans.

How can traditional sports venues position themselves to host an esports event? What elements/infrastructure make it easier or more difficult to produce an esports event?
Esports need plenty of space, and especially US facilities don’t have that. We have warmup rooms, teams for social media; production-space needs are quite high, and such. Some classic sports venues lack that variety of space.

What is your view on the proliferation of esports-specific venues? Do you believe there is a need for such facilities? How do you approach producing an event at an esports-specific venue vs. a traditional one?
I think many venues can turn into an esports venue. With unique design and an always changing setup and demand for entertainment, it’s hard to predict the needs. I do not think the perfect standardised footprint exists yet. Just the fact of a stage being in front of audience or 360-degree audience around the setup show how different things can be — and actually should be in my point of view.

How important is creating an immersive experience beyond just butt in the seat and watch the game from the minute you walk in the door?
Very important. Our fans are super-interactive and have multiple sites/streams to watch and enjoy our shows. This needs to be part of the onsite experience beyond the actual tournament as esports days are long days.

What upcoming events will ESL be producing, and what can we expect from ESL in the next year?
ESL will continue developing our shows for broadcast and onsite audiences. We have come a long way here since 2013, when we entered the first stadium, and will push where we can to innovate and trail new elements.

Simon Eicher will take part in SVG Europe’s Sport Production Summit on 12 September in Amsterdam, participating in a session titled ‘Understanding the Technology and Workflows of eSports Production’. Please click here for details on how to register for this event.