With lockdown the company went from producing 100,000 hours of sport per month to zero

Pixellot is at the centre of the conversation as federations, leagues and clubs around the world consider how to restart live sports at closed-doors venues with no fans. Pixellot’s technology streamlines the production workflow by deploying an unmanned multi-camera system in a single fixed rig, covering the field of play and delivering a stitched panoramic image. 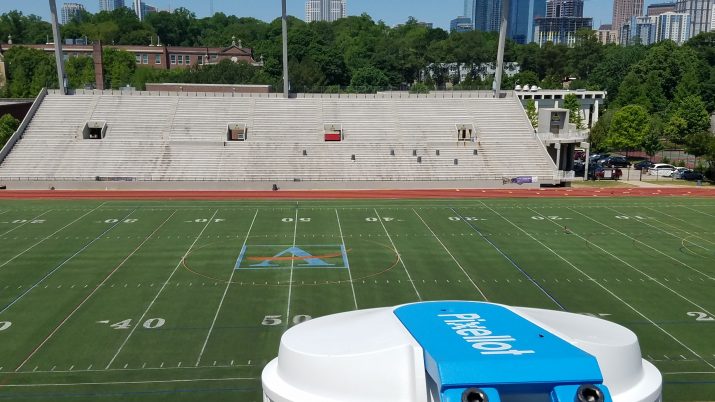 Pixellot works with more than 130 leagues around the world and produces upwards of 40,000 live games each month from 6,000 venues. Last year the company produced more than 220,000 live matches worldwide, including football, basketball, handball and hockey — which equated to roughly 100,000 hours of matches every month. When the coronavirus pandemic lockdown swept across the world in March, live sports went dark and that figure dropped to zero.

On a Zoom call Pixellot director of marketing Yossi Tarablus told SVG Europe, “We went from broadcasting and producing hundreds of thousands of hours of sports to zero. No one was doing sports anywhere.

“We watched grass grow! We switched on the cameras to maintain quality, and we were actually filming grass grow.

“A great example was Boca Juniors, where the Bombonera stadium was celebrating its 80th birthday. There were no games and fans could not go to the stadium.

“Instead they placed a Pixellot camera in the middle of the pitch and broadcast a high-quality 180 feed. This way, fans were able to connect with the stadium.

“It’s literally an empty stadium! You get a virtual tour on the app – and around 150,000 people downloaded the app or logged onto the YouTube channel. Average watch-time was two and a half minutes — literally watching grass grow.

“It just goes to show how much people have missed the live experience, the atmosphere of the game. It’s been a gutting three months.”

Charlie Pritchard, director of sales and business development UK and Ireland, added: “There’s a sense of adaptability about it: how do you make yourself viable in the new landscape? Not being able to go out in the field and show people a Pixellot system has been difficult. It’s one thing to talk about what we do on the phone: it’s not until they actually see it in the flesh, and how simple the operation is, that the penny actually drops.”

Through the coronavirus lockdown and the cancellation of NAB, has your own product roadmap changed and how is the company now looking at new product development?

Charlie Pritchard: “I think it’s a case of doubling down on our existing efforts. I don’t think there’s been too much need to change focus and create new products that weren’t already in mind. So from a broadcasting perspective we’ve got three products there that serve different levels of the industry, from grass roots all the way up to ESPN and Globo.

“That will stay the same, making sure we’re adaptable so that those cameras can fit into any 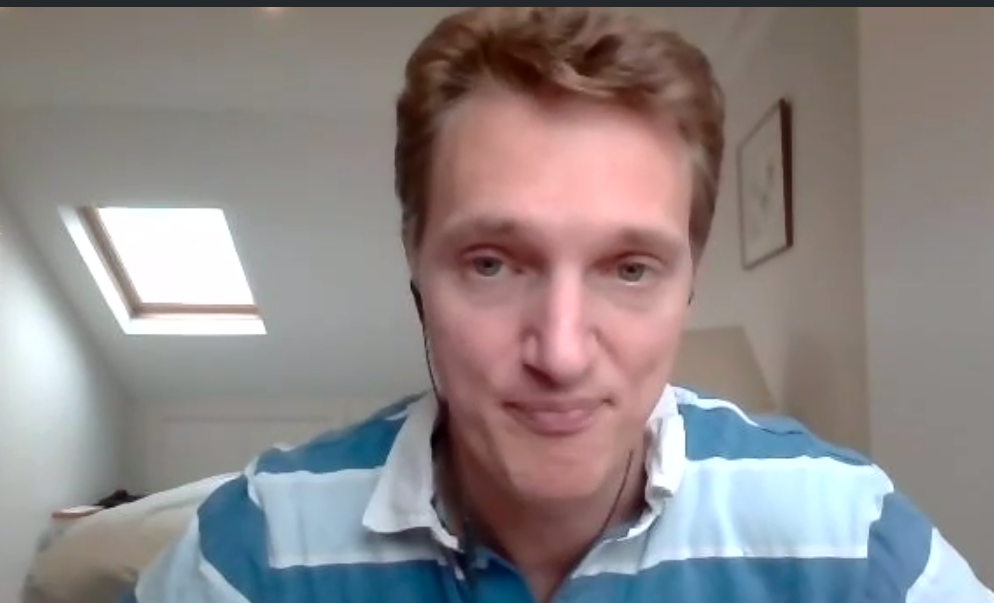 Charlie Pritchard, director of sales and business development UK and Ireland, participating in a Zoom call with SVG Europe

workflow. It may that you’ll have leagues, clubs and federations broadcasting for the first time, behind closed doors. They didn’t previously film because they didn’t have the budget, but now they can’t get their fans to the stadium and they have to look at how else they can engage with them. Giving them an entry level to do that is critical.

“And at the other end, how can we ensure we provide a camera that fits into the workflows of elite broadcasters, making sure it is consistent with the other cameras they use around the stadium? Ensuring we’re viable in that sense is also critical right now.

“In terms of new products, we’re really looking at how we can be of most value to those in the grass roots space. We’ve had a huge amount of success around the world in certain markets, but we also know we’re still a premium product. We’re typically a fixed installation: the benefit of Pixellot is that the more you play in a fixed venue the more efficient it becomes.

“But creating a mobile solution, whereby that camera can easily be set up in a matter of seconds without anyone having to operate it – ensuring all the same functionality offered by our existing products – that’s something we’ve long had in the pipeline and is coming to fruition in the coming months.

“That’s very exciting thing for us – and in a weird way the lockdown may have helped. The whole world of sports may have completely paused for several months, but that didn’t mean we paused development. We kept developing, so that we’ll be closer to the time of releasing that product when the world is coming out the other side.

“Our research and development effort remains unaffected: we’re committing the same amount of resource. Where we’re adapting in a similar way to broadcasters is in the commercial and operational areas, because how people deploy camera equipment in live sports is going to be very different – certainly for the next six to twelve months.

“We’re trying to think of how broadcasters can use our existing set-ups on a more mobile basis, if they need to. How can our systems be mobilised from one venue to another, if budgets (and thus number of cameras per match) are reduced? We want to provide that flexibility to whomever we’re working with.”

Yossi Tarablus: “We are on the right road. But we need a faster car! We see this in the high school space in the United States, where we are the most-used production system. We have received many more orders than we anticipated, because parents understand they cannot come to their kids’ games when the sports season resumes – be that football or basketball. 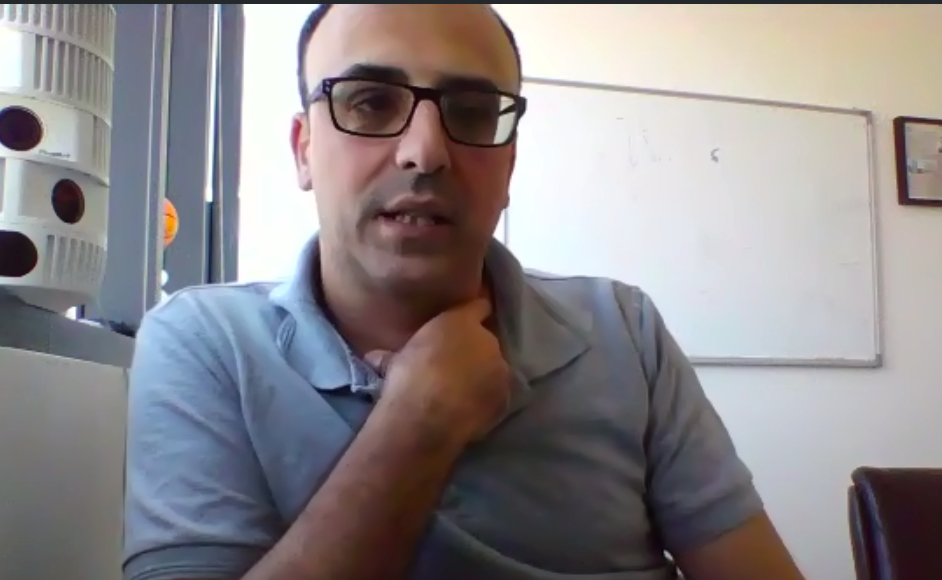 “We see similar interest from a lot of national associations in Europe and in South America. People can now see that the lower leagues are going to face a very grim reality: there’s no broadcasting and there are no fans, so there are no ticket sales and no concessions. Sponsors are not getting the eyeballs on their brands. Everything is mixed up: the ‘new normal’ is not very normal! It is not something lower leagues can sustain for a long time. This is what automatic production does – and that’s why the opportunity is so clear to us. It’s a super-interesting time for the company. I think there is an acceptance of automation and cost-saving – the convergence of values we can bring not only in broadcasting, coaching and embedding but also for the clubs themselves.

“We can work with clubs to make sure they understand the value of video all the time – continuous and constant video.”