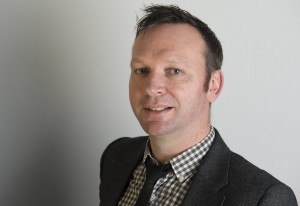 Jamie Hindhaugh: “This has been about collaboration and what can we do together, not trying to grab the limelight and be the first”

While traditional broadcasters still wrestle with how to produce and deliver 4K programming through entrenched workflows, BT Sport this month announced a new 4K channel that will start delivering continuous 4K sport coverage in only two months time, writes Neal Romanek. This will make BT the first to launch a full Ultra HD channel in the UK. BT Sport has never been one to take things slowly. The network only launched in August of 2013, after an astonishingly short build time of several months, and has already moved to the front of the pack for sports pay TV. Jamie Hindhaugh, COO of BT Sport and BT TV, says 4K was always an aspiration for the network. “For us it was a natural evolution from HD. And for live sports events it absolutely does bring you closer to the action.”

BT Sport has been running trials in 4K for about 16 months. “We’ve been working on the production angle, but it does fit into the wider business model around BT and the infrastructure that’s in place for enabling the IP delivery of 4K technology.”

The BT TV platform, which is built on an IP framework, has put BT in an optimum position to deliver 4K content earlier than most. BT TV, combined with BT’s Infinity fibre optic broadband, provides the company with the necessary bandwidth and reach to distribute 4K with relative ease.

Even using the new HEVC codec, some have expressed scepticism about the ease of streaming 4K to a mass home audience. Hindhaugh is confident: “We know the capability is there in the BT Infinity product. And we have obviously done end-to-end trials into the household. We covered the last Premier League game of last season. We shot and broadcast live in 4K across the network, using our new set-top box.”

Someone’s got to be first

4K delivery is not the only realm in which BT will be trailblazing. The broadcaster will also be working at the forward edge of 4K production and workflows. With few real world precedents to follow, BT will be to some extent developing what it means to be a 4K broadcaster as they go along.

“Someone’s got to be first,” Hindhaugh says with a laugh, “Lots of broadcasters have been trialling in 4K. I think the distribution and broadcast element is more difficult for some than others, because of the nature of delivery.

And we’ve always worked very closely with key partners. Telegenic have been absolutely key in the development of our 4K path. And we’ve also commissioned our own 4K truck build via Timeline. Timeline works very closely with us on things like RF enablement, and they have that agility to work alongside Telegenic. And then we have our own in-house experts as well.”

Hindhaugh can count himself among those experts. No stranger to new formats, Hindhaugh, as the BBC’s head of production for the 2012 London Olympics, was responsible for London 2012’s much-vaunted 8K Super Hi-Vision tests.

“And I’ve got our chief engineer, Andy Beale,” he notes with relish, “who has absolutely been at the forefront of driving our capability and identifying the challenges we have around 4K.”

“We’ve also done a lot of trial work in, for example, upscaling HD cameras on an HD production that’s alongside our 4K bolt-on – RF cameras being a good example. Another thing we’ve done is shoot live in 4K and then also down-res it to HD. In January, we broadcast the NBA game in 4K live from the O2 over the cloud to New Jersey, whilst down-resing that same feed to HD to broadcast it over BT Sport 1.”

In shooting terms, Hindhaugh said there so far haven’t been too many variations in the 4K cameras set ups, and that the 4K camera positions are more or less identical to the set-ups for HD. The greater image detail afforded by 4K does suggest that fewer cameras might be required.

“4K enables you to show the flow of the game better, because you’re not cutting between cameras quite as often as you would in an HD production,” he says. Hindhaugh also sees the crowd atmosphere collected by 4K resolution as being a key part of the 4K sport experience. “It takes me back to the 70’s, when crowd scenes were very in vogue. When you get a crowd scene in 4K, the detail is magnificent and it helps you feel like you’re part of that event.”

Despite the complexities of new 4K equipment, getting the production side of things working has been agreeably smooth so far. The biggest challenge, Hindhaugh says, was successfully getting a 4K signal into the household to the family 4K TV. In response, BT, in collaboration with the YouView TV platform, developed a new set top box with a new chipset.

BT UHD will broadcast at 50 fps, and Hindhaugh says that BT will continue to look at other frame rates and enhancements such as HDR as 4K technology evolves. “I’m a great believer we can help drive some of these aspects, especially around things like HDR and how that further enhances 4K output.”

BT Sport will launch with an exclusive broadcast of the FA Community Shield match, between Chelsea and Arsenal, on 2 August. BT’s new YouView Ultra HD set-top boxes are scheduled to ship over the next month, prior to the debut broadcast. Information about customer access and pricing will be announced to customers in the coming weeks. .

“We’re looking across the fantastic portfolio of rights we have to showcase the best sports content,” says Hindhaugh, “And we’re looking at sports as diverse as squash – we’ve done trials and it looks fantastic — and the next NBA event will be delivered in 4K again. Rugby looks tremendous in 4K. We’ve already done an FA Cup semifinal in 4K as well as a Premier League game. We’ll be looking at a major event each week across that portfolio, showcasing the great rights we have, in 4K.”

Hindhaugh emphasises that building the BT UHD channel has not been a lone endeavour. “We wouldn’t have been able to do this without having a great relationship with some of our key partners. Telegenic and Timeline in particular have been fantastic, as have Sony and Fuji. This has been about collaboration and what can we do together, not trying to grab the limelight and be the first. We’ve gotten into such a good position because of the strong relationships we have — and we’ve gotten here faster than we thought we would.”

Does BT have any plans on the horizon for UHD programming beyond sport?

“We will obviously look at how 4K formats can evolve,” answers Hindhaugh, “A lot of that comes down to what content is actually being generated in 4K. At the moment, my priority is giving great live sport coverage in 4K, because that’s the thing I have the most control over. But obviously there are plans to widen that remit as and when that content becomes available.”