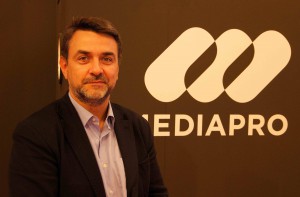 A method of low cost sports production and distribution that is entirely software-driven, requiring no human intervention, has been developed by the Spanish conglomerate Mediapro and is currently being trialled by football giant Barcelona. AutomaticTV is a patent-pending automatic production system for a wide variety of sports that uses artificial intelligence and is designed for events that previously couldn’t afford live TV production tools.

The system would be ideal to deliver 1-3 camera coverage of matches, and is primarily aimed at low-cost internet streaming channels, minority sports, or the lower leagues of major sports. It will also be useful for betting companies requiring more live sports for their customers, or for schools or college sports.

“The internet has made distribution much more affordable, but production is still expensive,” said Mauro Margenat, managing director, AutomaticTV. He believes the system is ideal for semi-professional or minor sports, “where there is limited (or no) coverage now.”

Mediapro, which is headquartered in Barcelona, and has a turnover of €1.4billion (2013), covers the complete spectrum of media production, as a rights holder, production company (including TV series, feature films, and commercials), TV engineering, the provision of OB vans, satellite distribution, IT cloud services, and TV channels.

It is heavily involved in production for live sports and believes that while the arrival of the internet has opened many distribution possibilities to reach the long tail audience, “the main task of producing those events has not changed in many years, still involving the use of OB vans, camera operators, producers, TV engineers, and a director, which are necessary to broadcast them.” 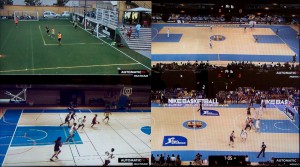 Multiviewer: AI means that the system can cope with different sports and follow the game

This is making it difficult for minority sports to justify live production, “due to the cost of the minimum infrastructure or the lack of quality of a single operator broadcasting it with a single camera.” They would typically install one to three full HD IP cameras in a venue, and the system uses its artificial intelligence to follow the game (panning, zooming in and out, and switching cameras automatically). There is a small server in each venue that iso records each angle, handles encoding and can stream live. It has been used successfully on soccer, handball, roller hockey, basketball and futsal, and uses different software for each sport (with AI training for other sports underway). “Each sport has its own characteristics,” he said.

Mediapro is currently in talks with distributors, and intends to begin commercialisation in January. It can also be used for training sessions, which is where Barcelona has been testing it, with the systems installed on nine training pitches. “We have also integrated our system with Barcelona’s backbone system (media asset management, etc.),” he added. “It could be streamed live, but they don’t want that at the moment.”

The system could be used with more than three cameras, but that hasn’t been tested yet, “but for what it’s intended to be, I think the limit would be five. At the moment it’s meant to be low cost.” Mediapro will supply the hardware and software, and look after the internet distribution.

Any cameras located outdoors will need some cleaning, so will need some intervention every few weeks, but the systems will be maintained centrally, “so we know if everything is working properly. Other than that, the club or arena doesn’t need to do anything. It will all be handled by the local distributor and Mediapro, with any upgrades done remotely.” However, for a special production, the cameras can revert to human control.

Operators can directly configure production parameters through the system’s graphical user interface, and manual operations over a camera or production are also possible. An operator can manually launch recordings from a mobile device, onsite or remotely, or even to simulate either a master camera operation or a multi-camera switch from the AutomaticTV production node. Each node is an autonomous system that can create a production and stream it, and multiple nodes can be orchestrated by a production centre.

“The client will be able to say if they want the cameras to move faster or slower, and choose between several production styles, or have it customised. We are leaving them some freedom — not a lot,” added Margenat.

AutomaticTV is also scalable, and is able to connect to back end systems through open standards. This means it can even rely on scheduling systems to automatically launch the productions on different fields or pitches, add on-screen statistical data produced for the match by external systems, add a scoreboard, insert commercials, have access to a control and monitoring centre, contribute to a content delivery network for distribution to a large user base, or extend services to cloud platforms.

Some of these choices are already optional modules of the AutomaticTV suite. The base technology of AutomaticTV makes an extensive use of nVIDIA technology, through the Quadro line of GPU’s, harnessing the parallel processing power of the CUDA programming language. Some of the testing has been done at lower-end venues, where the lighting is very poor. “We want this to work everywhere,” he said.