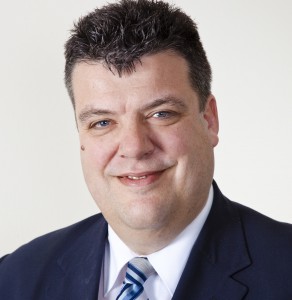 By the reckoning of Axon’s CEO, Jan Eveleens, sports accounts for around 20% of its business, so it’s no wonder that the broadcast infrastructure solutions provider pays very close attention to evolving sports production workflows. Ahead of the company’s planned showcase at BVE next month, Gussen sat down with SVG Europe to discuss the actual rate of 4K adoption, the overwhelming need for broadcasters to do more for less, and the long-term implications of switching to IP-based operation.

With regard to sports broadcasting, what do you regard as the single most important development of 2014?

UHD, in which we have seen fierce interest over the last few months. We already did one or two [related] products in 2014 that were used in major events such as the World Cup, and I think it’s fairly clear that for the sports markets [UHD-relevant] products will also be the most important thing we do this year. We aim to bring more products through that serve the needs of the early adopters of UHD; it’s currently still early days for the format with all the problems that people will inevitably have with their workflows.

How would you define the main ‘problems’ at this point?

In all honesty they are no different than the ones we saw when HD started. For example, you have all the common interfacing problems where people have one format and then they need to convert to another. So a customer using Level B cameras but whose other equipment is Level A will need a way to convert UHD Level B to A. There is also a need for downconverting and upconverting of sources. The principal challenge, then, is really not so different to that which was faced when we went from SD to HD, although of course the shape of the products is now different and you are talking about four times the bandwidth.

What can Axon specifically do to assist those early adopters of UHD?

We can provide what we have always done, which are flexible toolboxes of products that can offer multiple functionalities, allowing customers to deploy them at various points in their workflows. For the moment, it will be all the usual suspects: upconversion, downconversion, interface conversion and so on.

How long do you think it will be before UHD/4K becomes a daily production default?

That’s the hundred million dollar question, isn’t it! I suppose I would think back to my experience with HD and the Eureka programme in Europe, which was in the late 1990s, and the fact that it took until 2004 for serious HD to launch in the US with Monday Night Football. So you are really looking at about ten years for that transition [from SD to HD] to take place.

However, I don’t think it will take that long this time. In general, if you look at all the shifts taking place in the IT and consumer worlds, then you see that the technology cycle seems to go faster and faster. I predict it will take about five years before it becomes mainstream, but it could be longer as the current infrastructure is cumbersome. It might be OK for the early adopters, but for the average broadcaster or producer it is too complicated and error-prone… and too expensive. So for it to go mainstream the technology needs to be easier to implement throughout the workflow.

Aside from UHD, what else do you see as the primary agents of change in sports broadcast?

The driver in sports is to do more for less, so the challenge [for the manufacturer] becomes ‘What can I do to reduce operational costs for the customer? How can they do more sports events with less investment in equipment but fewer feet on the ground?’ One way in which this translates to sports is the ability to run tighter operations with better monitoring in the OB van so fewer people are required to operate it. That may also mean fewer specialist staff so the OB provider can use cheaper personnel. So I think we will see more developments supporting that trend.

How do you see the roadmap panning out with regards to greater use of network-based solutions?

I think you will see that taking place at the same time as the move towards UHD. On the one hand, there will be a beauty to this [simultaneous transition]; on the other hand, it will make things even more complex for some customers out there. Suffice to say, I think the next five years is going to be very interesting!

As far as Axon is concerned, we are investing heavily in this area too. All the products we are releasing, including the 4K ones, have all the traditional interfaces, but also have Ethernet 10GB or higher interfaces as well. The message is that we are ready for that transition when the customer wants to make it.