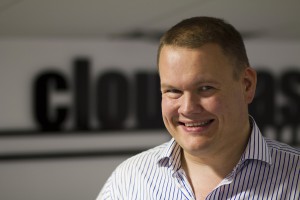 Steve Knee: “Clients are starting to talk about 4K but there is so much volume left in HD, it’s very much our concentration at the moment”

With SIS Live’s exit the roll call of British outside broadcast suppliers would appear to have been reduced to four, each with a 20-25% share. But this is an inaccurate picture of the market and one defiantly contested by Cloudbass. The Derby-based company has grown its business significantly in the past year and can justifiably be mentioned as the fifth and by no means last of the UK’s big guns.

“We are one of the big players now and if we’ve been flying under the radar that is no coincidence,” said MD Steve Knee. “We needed to get ourselves to a point where we were comfortable and making sure we built up a track record of robust delivery, an extensive suite of equipment and a good reputation. Growth has been challenging but we made sure every bit of growth we’ve taken on we’ve been able to deliver.”

“Our portfolio is broad and well spread,” says Knee. “I think we’re bigger now than Arqiva OB was in its heyday. We must be doing today a half to two thirds of what Arena are doing. In terms of live football we are doing an astronomical number of games from four camera to 24 camera events.”

For BT Sport it supplies match day coverage of 25-30 Football Conference matches and Women Super League soccer matches plus FA Cup rounds 1 and 2. It covers 30+ matches a season of Scottish Premier League for Sky Sports, plus all Welsh and Scottish home internationals and the Scottish FA Cup for the broadcaster.

“We are also bringing new work into the market,” said Knee. He highlights the partnership with IMG to provide facilities to PLP at 152 matches a year, which began last season. These facilities include ISOs, Q-Balls and stand-up positions to create mini-feeds produced from specially configured Mercedes Sprinter vans, it dubs ‘Net Trucks’. Multi-lateral broadcasters book the mini-feeds through IMG to have a presence at the ground. Cloudbass delivers another 72 mini-feeds for NBC.

“This [type of work] didn’t exist in the marketplace before,” he says. “We helped IMG create the workflow for that to happen.”

It has outlaid around £5 million this year to cater for demand. In two rounds of investment from SIS Live it acquired a single expander and flyaway kit previously used on F1 coverage, plus cameras and lenses and a triple expander 24-camera truck, which was used at Celtic Park. It also acquired SIS Live’s double expander SD truck Unit 11 which is in the process of being converted to HD and due on the road in Q1 or Q2 2015 as Cloudbass’ CBOB9.

From Arqiva to Netflix

One of the keys to the firm’s success, said Knee, is because of a board of directors who are all active on-site. “We get to meet clients on-site and work with them. We’re in there at an operational level and that keeps us in touch. 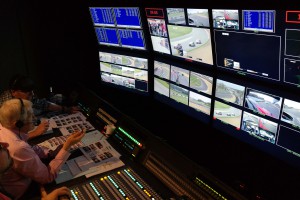 “We not afraid to dive into lot of different areas of facility provision,” he said citing the company’s clean sweep of work on the British Touring Car Championship (BTCC) for ITV 4. “We do OB presentation to generators, full tapeless workflow and all the RF cameras plus a full graphics service.” It won the 10 race-weekend three-year deal in competitive tender at the end of 2013 before SIS Live pulled out of the OB market, but without a truck ready for the job.

Cloudbass spent £1m (of the £5m capex in 2014) refurbishing a 24-camera double expanding artic it had acquired from Arqiva into HD, laying the first cable in January and finishing the fit out by mid-March in time for the first race at Brands Hatch.

The company has held the contract to supply presentation graphics to ITV Sport’s BTCC operation since 2012. Now the commitment was extended to supplying the whole OB provision for qualifying on the Saturday afternoon and for all races plus a variety of support races in a marathon 6-hour live broadcast each race Sunday.

“It’s the most complicated OB that ITV Sport do,” said Knee. “There is the sheer amount of time on air and the distances at some circuits are quite considerable. At Brands Hatch it’s a 2km leap to the furthest corner from the broadcast compound.”

Cloudbass also invested in five edit suites for this production to give ITV Sport four extra highlights programmes to take-away, all edited on-site. “Our job on the graphics side is to let viewers (and on occasion, commentators) know what is happening and who is involved as soon as possible.

“Often the operators will have free-reign of the in-race graphics allowing them to respond to the action as it happens. With this in mind our Race Applications are designed to allow the operators to send graphics to air quickly. There is also an in-house application that takes data from TSL, the timings provider, providing the information for the on-air graphics.”

The first key sign that Cloudbass was serious about facilities provision was the acquisition of half of Arqiva’s fleet when it withdrew from the market in 2012. It also supports some high profile light entertainment work, notably BBC topical panel shows Question Time and Free Speech (via producer Mentorn).

“We’re finding that broadcasters want volume and they want to cover more games but want better value. We’re able to compete on facilities and service, we can provide innovative coverage (such as QBall in dressing rooms at Conference matches) and we’re able to do at a price point that is competitive.”

Cloudbass also streams provides content for events that are streamed on the internet, notably Everton FCs pre-season friendlies, which attracts viewers all over the world.

“There’s a big growth market for web-based delivery,” he said. “At some point the big streaming companies like Netflix who won’t live stream for fear of cutting across their major broadcast partners, will want to stream live events. At that point the costs of delivery to the home will be reduced dramatically and there will be a massive rush for low cost OB solutions for which we are perfectly placed.”