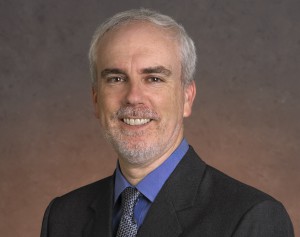 In the week that multiscreen video delivery solutions provider RGB Networks revealed that it is developing an open source, Cloud-enabled software incarnation of the TransAct Transcoder, CTO Yuval Fisher spoke to SVG Europe about the impetus behind a project that is expected to reach fruition in early 2015…

In progressing work on the Ripcode Transcoder, as it will be known, RGB Networks is actively welcoming operators and vendors to be part of a community of contributors to the open source project.

RGB Networks’ CloudXtream solution for nDVR and dynamic Ad Insertion for Multiscreen (AIM) environments, launched in October 2013 and built on the industry standard open source cloud operating system OpenStack, has paved the way for this latest innovation. Fisher says that the company intends to build on this success with Ripcode, which will be an ‘open core’ project, where the core technology from the TransAct Transcoder is being used to create the foundations of the open source initiative.

Suitable for a variety of applications, the Ripcode Transcoder will include the full feature set expected of an industrial-strength, professional transcoder, leaving customers open to select and integrate the packaging solution of their choice necessary to produce their desired Adaptive Bit Rate output formats.

Why have you decided to go down the open source route?

We have this transcoder product, TransAct, which has been quite successful, particularly in the North American market where we sold to every cable company that hadn’t already made a purchase decision for a [multiscreen] transcoder. Over time it has become clear that what we are seeing is tremendous commoditisation in the transcoder market, and we felt it wasn’t one that was going to grow to the size we wished. That was the starting point to take the software encoder we purchased when we acquired Ripcode in 2010, and open source it.

In essence, the goal here is to lead the market rather than be dragged along towards the abyss of commoditisation.

What were the first steps?

We took the idea to two specific groups: one was service providers, the other was codec vendors. With the service providers, we were keen to see what the reaction would be and were of the opinion that to succeed with an open source initiative we would need a library of professional third party codecs.

Regarding the codec manufacturers, we talked to a lot of different companies at IBC. We are now in the process of making [this library of codecs] a reality. We are also still determining if there will be lead participants, but [whatever happens] we expect to be able to release the code in Q1 or Q2, 2015.

To be clear, one component of the transcoder is open sourcing; the second is a cluster manager to manage groups of transcoders [to identify failure] and assign jobs.

Generally speaking, has 2014 been a good year for RGB Networks?

It’s been fantastic for us. Around 2010, we decided to refocus from backbone infrastructure to transcoding and more head-end equipment, and that has been a very successful move. Subsequently, around 2012, we also decided to invest more energy into technologies that are closer to the consumer and revolve around ad insertion and newsroom DVR. We feel very good about adding that market to our repertoire.

And the transcoder aside, what of the company’s plans for 2015?

Next year I expect us to continue to focus on cloud orchestration components. I don’t imagine 2015 will be as revolutionary as regards new stuff, but it will be significant in terms of consolidation.