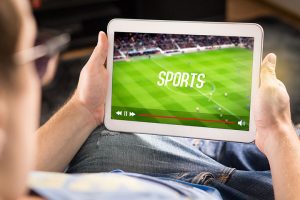 In an over the top world where streaming over the internet is the hot new channel for watching live sports, piracy is an equally hot topic. In June, LaLiga was accused of illegally using its fan app to track down people pirating its content. Facing a fine of €250,000 by the Spanish Agency for Data Protection (AEPD), LaLiga sought to defend its conduct and claimed the technology and process used within its app is part of its overall digital rights management strategy. Here we talk to Synamedia’s Jean-Marc Racine, CPO and GM EMEA, on how he sees incidents like this and how piracy can be reduced in sport.

How do you see both the perspectives of what LaLiga has done here, and that of the outraged fans, in this case?
As consumers we are all very sensitive about digital privacy and the use of our personal data. From that perspective it is easy to understand the emotions that may be triggered should you believe, rightly or wrongly, that a third party is able to listen in to your conversations or has not sought adequate approvals with regards to using your data.
However, without the rights paid by pay TV operators to sports leagues such as LaLiga, these outraged fans would not be able to enjoy an amazing soccer game while having a drink with a few friends.
Sports rights owners are in a race for survival against piracy. Protecting the value of their rights is crucial as pay TV operators will no longer pay the high price for heavily pirated content. From that perspective, developing solutions to fight piracy is imperative, and fans should welcome it.

Is end user piracy the greater issue, or are there points further up the value chain that have piracy gaps (throughout the distribution phase) for sports broadcasts?
Pirates will always gravitate to the weakest link in the chain and today this is end user devices. Streaming providers rightly want to make their services as accessible as possible on as many devices as possible, but the very nature of these open devices makes them more vulnerable to piracy attacks.
As more providers up the ante and make these end points harder to penetrate, pirates will simply turn their attention to finding other vulnerabilities further up the chain.
There are also vulnerabilities in one-way broadcast systems because the service provider has less visibility into what the end user is doing with the set top box (STB). Plus service providers, in many cases, have legitimate redistribution systems installed in less controlled environments such as hotels or pubs; if these systems are not fully protected, pirates are likely to find a way in.
There is no point locking the front door of your house if you leave a window open. The same applies to video distribution. No one point along the distribution chain should be considered in isolation. The only effective approach is end to end security from the backend systems that control access to the video service, through one-way and two-way distribution methods, right up to the consumer devices used to watch the content.

How can members of the technology value chain work together with legal sports streaming providers to reduce piracy?
Streaming piracy is a global phenomenon so the entire technology value chain must work with rights holders and content owners to make pirated content so painful to watch that consumer demand falls away.
There are parallels with the vaccination argument. For a vaccine to be effective, over 95% of the community needs to have the jab. In our industry, if security requirements are waived even for a single distributor, or a single chip manufacturer sells its chips to a pirate service provider, there is the potential for every other link in the chain to be impacted, either directly or indirectly.
We can learn a lot from what the music industry did in the 2000’s with its battle against piracy. Its focus was less on educating the customer, which is always a long and expensive process, and more on educating intermediaries, rights owners and service providers and persuading every one of them to take a more active role.
In our industry, chip manufacturers, anti-piracy vendors, integrators, CDN and cloud providers, ISPs, payment providers, rights owners and streaming providers have to understand their respective roles and cooperate to make it far harder for pirates to spin up networks. And when the pirates do succeed, the stakeholders enabling the distribution of illegal content have to be ready to dismantle these networks promptly, not in a few weeks’ time.
Anti-piracy vendors play a key role of course. They need to continually evolve their tools and operational security services to combat the changing nature of such threats. For example, new artificial intelligence-based solutions are now available that help streaming providers quickly identify and stamp out the scourge of for-profit password sharing. And in the Operational security space, experts with psychology, criminology and sociology backgrounds are increasingly working alongside engineers, intelligence analysts, technical investigators, and field investigators to get inside the minds of pirates, learn more about their criminal ecosystem, and ultimately learn enough to collapse these illegal networks.
While rights owners and service providers need to invest in these anti-piracy technologies, partners such as ISPs and CDN providers also need to ensure they are protected against leaks from their systems and can move quickly to disrupt or remove any leaks that do occur.
With a holistic approach, it is possible to reduce the likelihood of legitimate services being thwarted by pirated streams redistributed from a rival service that was not fully protected.

What are the main types of piracy Synamedia sees?
There are many different strains. Our operational security team sees a lot of illegal streaming of redistributed content acquired from legitimate end point devices, spanning both broadcast STBs and streaming client devices.
High quality, subscription-based pirate networks are also increasingly common. Consumers are drawn in by the offer of a fully loaded illegal streaming STB at attractive price points, which undercut and cannibalise the legitimate streaming services in that region.
And in those regions where the broadband infrastructure is not good enough for high quality live streaming piracy, we are seeing pirates hacking into broadcast systems and offering pirated broadcast services via illegal STBs, which is why STB security is still so vital.
Another form of piracy exploits the fact that IP streaming relies on credentials for authentication. There are a growing number of examples of legitimate users’ credentials being stolen, shared and resold on the dark web by pirates. It is relatively easy for the identity of a user to be fake, meaning that the same person can join a free trial period repeatedly using new credentials and never convert to become a paying subscriber.
On the open internet, we also see web sites and social platforms where pirates monetise content through advertising.

Will piracy in sports broadcasting ever be wiped out? When?
It is a cat and mouse game. Sports piracy will likely never be fully eradicated as it is such a lucrative business. But it can be minimised and contained.
Of course pirates always follow the money. Just as they moved from pirating DVDs to streaming piracy, they will sniff out the weakest link in whatever future video distribution models emerge too.
The problem right now is that pirates’ have access to all the tools required, they can keep costs low by using online streaming infrastructure, and the availability of global distribution and online monetisation platforms paves the way to cash collection. We can only combat this with the whole industry pulling together to disrupt and block illegal live sports streams, making these services unappealing to viewers and impacting pirates’ ability to monetise their services.
Fortunately the anti-piracy vendors are making strong progress in this area, developing ever more sophisticated tools, combined with top-notch operational security services, to disrupt and block these services.
Finally, while much of the focus today is on combating sports streaming piracy, we must not lose sight of the need to prevent attacks on other parts of the distribution chain too. Continued investment in robust conditional access and digital rights management technologies will protect against unauthorized access to these services – and make it far more difficult for pirates to build a viable business.