Tata Communications has been chosen by 360° video and virtual reality (VR) sports content provider, Ultracast, to power its 360° video and VR platform. Ultracast creates live 360° video and VR content in motorsports series such as NASCAR, FIA World Endurance Championship, 24 Hours of Le Mans, as well as other sporting categories such as boxing, rugby and professional bull riding. The company will use Tata Communications’ Ultra Live Video Delivery Network (VDN) to bring this content from events globally to fans’ smartphones, tablets and VR devices in complete sync with live TV broadcasts.

VR and 360° video are set to be huge, Brian Morris, general manager and vice president, media and entertainment services at Tata Communications, told SVG Europe: “I think that live 360° video and VR are the biggest disruptive force we’ve seen in sports distribution in years. But, we should look at the potential of this market in the context of key trends in the overall media and entertainment market. According to PWC, here in the UK, digital services will account for over 60% of the industry by 2021, with VR the fastest growing segment alongside e-sports. By 2021, the VR space is expected to grow by a staggering 76% to be worth £801 million. And, from a global perspective, ABI Research expects the 360º video and VR market to be worth $60 billion in total in that same time frame.” 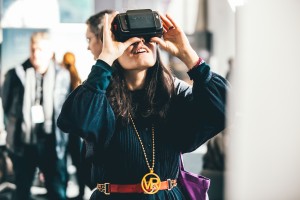 Morris continued: “Live 360° video and VR will enable sports organisations to engage with their audiences in new ways and generate new revenue streams, with Sports Business International estimating that VR technology will help rights holders to upsell to their current customers by around 5%. This means that in the next 20 years, there could be a sports VR market worth around $4 billion.”

On why Ultracast chose Tata’s Ultra Live Video Delivery Network, Morris stated: “In today’s always-connected world the concepts of time and location have been redefined for sports organisations and content owners. No matter how many time zones there might be between fans and a match or a race, there’s a growing expectation that audiences are able to not only follow the action live but also become fully immersed in the action on the device or platform of their choice through high quality content. This means that never before has having truly global reach been more important for sports organisations and their partners, like Ultracast.

“Ultracast is an ambitious, fast-growing company that has set its sights on becoming the largest live 360° video and VR content platform in the world,” continued Morris. “To allow sports fans worldwide to experience the action as if they were right there at the track or pitch, Ultracast’s platform needs to work without a glitch, no matter what. Our VDN, which is underpinned by our global network and media ecosystem, minimises latency for live 360° video and VR content. This means that Ultracast and its customers, such as NASCAR, are able to give motorsports fans the immersive entertainment experiences they crave.”

Some sports organisations may be unsure as to how VR and 360° can complement, rather than cannibalise, existing viewership for rights holders. Morris states: “I don’t see live 360° video and VR as standalone experiences in sports, which could cannibalise the existing sports broadcasting market. Especially VR; experienced through a dedicated VR headset and noise cancelling headphones, VR can isolate the viewer and take away from the joy of cheering together with your friends for your favourite team, player or driver. However, I think that live 360° video can augment the live action on TV in a very powerful way.”

He said for example, in a sport like F1 or MotoGP, during a race, as a driver or rider pulls into the pits, fans could complement what they see on live TV with a live 360º view of everything that is happening in the pit lane at that same exact moment. “It’s about enabling fans to take control of these key moments and create their own unique sports experiences by combining live TV with live 360º video,” Morris continues. “Getting the revenue model right, however, does require a rethink in terms of how sports content owners operate and deliver their content to audiences. Only cloud-based video contribution and distribution, underpinned by a global IP-based video network, is able to support these new digital media services like live 360° video and VR.”

Concluded Dmitry Kozko, CEO of Ultracast: “Our aim is to become the largest live 360° video and VR content platform in the world, allowing fans to teleport themselves to tracks and stadiums and engage with their sports heroes in new ways. But, in order for fans to be able to experience the action anywhere in the world as if they were right there, these technologies need to work without a glitch, no matter what. Using Tata Communications’ global network and VDN capabilities to power our platform ensures that sports rights holders are able to offer fans worldwide the highest quality 360° video and VR experiences, complementing the live action on TV.”