Players and members of training staffs reporting to PKO Bank Polski Ekstraklasa football clubs have successfully passed COVID-19 virus tests. All the clubs have also received consent for the resumption of team training.

On 25 April, Ekstraklasa got the green light from Poland prime minister Mateusz Morawiecki to prepare for the resumption of games. The games of PKO Bank Polski Ekstraklasa will start on 29 May 2020 and end on 18-19 July 2020.

“We already have the results of all the tests,” said Professor Krzysztof Pawlaczyk, member of the medical commission of the Polish Football Association and Ekstraklasa medical expert. “They are very optimistic.

“Of 800 tested, only one test result indicated tentatively an active COVID-19 infection, affirmed in two subsequent tests. However, it had no bearing on the club, because the person was neither a player nor a member of the training staff.

“We succeeded in tracking that case early thanks to the ongoing analysis of our medical surveys. The person has not had any contacts with the players. It shows that our introduction of sports isolation and daily medical questionnaires makes good sense. The clubs have to strictly adhere to the procedure until the last games of the season,” said Pawlaczyk. 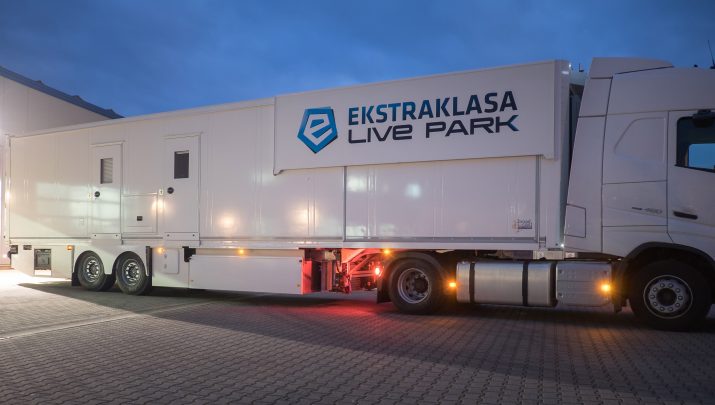 Four players who have returned to Poland still have to pass the tests. In accordance with the sanitary procedures introduced by the government, they are now in the mandatory 14-day quarantine and in isolation from other football team members.

“We are Poland’s first group to have undergone such comprehensive testing at such a scale,” said Marcin Animucki, president of Ekstraklasa. “The plan prepared by Ekstraklasa and the Polish Football Association (PZPN) approved by the governmental officials has proved effective. So we went through the first stage.

“Now, it’s time to resume training while continuing to observe the recommendations so that we can start the games in late May. I would like to thank all the clubs for their cooperation on this not easy and completely novel task to the football world. Many clubs have been directly involved in the preparation of the plan for resumption of the games within the sports and the medical group of Ekstraklasa.

“I would particularly like to thank doctors of the medical commission: Professor Krzysztof Pawlaczyk of Lech Poznań, doctor Jacek Worobcow of Zagłębie Lubin and doctor Jacek Jaroszewski, physician of the Polish football representation, who executed the entire testing process. I would also like to thank all the other people of the Polish Football Association who were involved in the process,” said Animucki.

Ekstraklasa has published a schedule of the next two match weeks. As already announced, the league games will be resumed on 29 May, when Śląsk Wrocław vs. Raków Częstochowa and Pogoń Szczecin vs. KGHM Zagłębie Lubin are scheduled and will be broadcast by CANAL+.

The PKO Bank Polski Ekstraklasa’s 27th match week games Lech Poznań vs. Legia Warszawa scheduled for Saturday 30 May and the meeting Pogoń Szczecin vs. Cracovia, falling one week later, also at will be broadcast by TVP Sport free to air.

Following an agreement with Canal+ and TVP, Ekstraklasa has prepared a plan for the broadcasting of the games of the two forthcoming match weeks. The pecific schedule of all the match weeks until the end of the season will be published after 12 May.

Outside of Poland live matches are available on the Ekstraklasa TV OTT platform. Wherever in the world, Ekstraklasa TV services can be accessed via the desktop service and iOS mobile application, available via smartphones, laptops and tablets. Smart.TV apps are under way. Live matches are not available in Bosnia and Herzegovine, Serbia, Croatia, Kosovo, Monenegro, Slovenia and North Macedonia. In those countries, fans can watch matches on the Planet Sport TV channel.