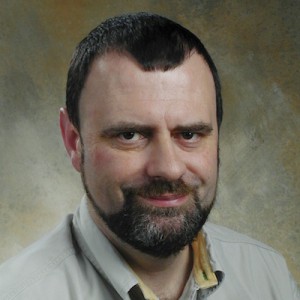 Underlining its commitment to providing end-to-end 4K and HEVC solutions for a host of broadcast applications including sports, Tektronix Video used IBC 2014 to highlight the 4K upgrade capability for its WFM/WVR8200 and WFM/WVR8300 waveform monitors and rasterizers. SVG Europe spoke to CTO Paul Robinson about the current pace of 4K adoption and increasing interest in synchronising baseband over IP networks.

What did IBC tell you about the present appetite for 4K?

What we saw at this show relative to NAB was the [increase in] people actually deploying 4K. In essence of some these are trials in the sense that they are going out specifically for sports to achieve trial shots, but this is a very different scenario from where we were around NAB, where there was a lot of talk about 4K but not much traction.

Usage at major events [like the World Cup] has helped, but so has the fact that there is now plenty of equipment that will allow you to achieve 4K production. Observationally we find that although there are several different ways of potentially using 4K, deployments taking place now are all quad-link 3GB SDI and are primarily additions to existing trucks. I think this is seen as having less risk associated with it than, say, going the IP route.

Although we are seeing plenty of trials, how long do you think it will be before 4K becomes a daily production default? And what are the implications for Tektronix?

Good question! I think in practice you are going to start seeing it in use for broadcast, rather than trials, towards the end of next year. Now that’s my opinion, right or wrong, although I reckon it will happen a little more quickly than I had originally thought.

In fact, for Tektronix, we pretty much have everything for 4K already or on the near-term roadmap. For example, when we developed the WFM8000 series we architected the product to be able to handle 4K data rates, so developing 4K support on that waveform monitor was not too difficult. So essentially we are able to offer that capability as an upgrade in the form of two input SDI cards and some software.

How important a market is sports broadcast for Tektronix?

Very much so. Much of our equipment is geared towards live production, and sports is obviously a key area within that. We have a very high success rate in terms of equipping OB vans for new projects and upgrades, and have forged long-standing relationships with many organisations involved in putting on sports events. The same goes for systems integrators as well.

Tektronix has enjoyed notable success with its QCloud QC platform, but in a more general sense what do you think will be the future of storage?

Virtualisation is really where it is going long-term; it could be on-premise or cloud-based virtualisation, but the concept is definitely gaining traction. The flexibility that virtual-based networks can provide on a global basis is really being acknowledged now.

What can you tell us about future product developments?

At IBC, on the EBU stand, we displayed a baseband over IP sync pulse generator. The desire to synchronise baseband over IP networks is a trend that we really see coming over the next few years [as part of the] transition from SDI and coax towards an IP production environment.

It is clear that we are witnessing absolutely enormous change in our industry, with so many new technologies coming down the line: 4K, 8K, IP, object-based audio. It is going to be a very exciting time over the next few years seeing all these things get deployed.