At a media briefing this week, Telstra head of global sales for broadcast services Anna Lockwood outlined the key developments the company would have been unveiling at NAB in Las Vegas this month.

“For ‘NAB 2020’ we’ve got three key messages. The first is that Telstra is really connecting the world to Asia and Asia to the world. The second is that Telstra is investing further into our Global Media Network through new technology advancements and new partnerships – and we are already investing in people resources in key growth regions for us including the Americas,” said Lockwood.

“And the third key message is that Telstra’s media delivery capability is highly innovative, flexible and customisable, to meet the requirements of entertainment companies, broadcasters, sports rights holders, esports organisers and tour organisers.

“Telstra works in esports in many different areas,” said Lockwood. “We work across the infrastructure layer, we work in traditional broadcasting, and also in online streaming and OTT delivery. 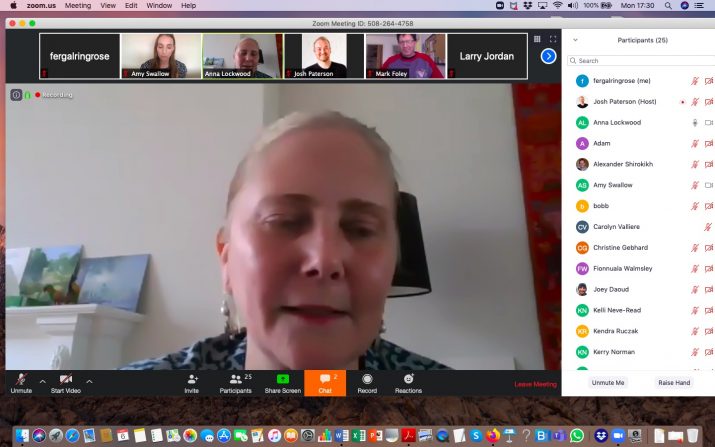 who are venturing into esports, and also with completely digital-native esports publishers and tour operators who are now looking to find new audiences either on televsion or through traditional means.

“It’s a very interesting and high focus area for us, and over the last four weeks it has become more so, due to a lot of traditional sports pivoting to the esports world – and also because of the huge spike in downloading and playing video games that run on the Telstra network in many cases.

“So on the infrastructure layer, the streaming layer and the broadcasting services area, Telstra provides services to this new and growing area of entertainment and sports.”

Originally set to be announced at NAB 2020 and rolling out in April 2020, the new cloud gateway solution, known as GMN MediaNet, expands on the Telstra GMN’s international fibre, satellite and partner media networks by providing a gateway from ‘on-net’ media rights holders to ‘off-net’ media buyers, using cloud infrastructure.

Telstra is also adding data-based capability, known as GMN Media Data, using bidirectional and multi-point Ethernet services with the ability to create data channels that allow a point-to-point data link between a media company HQ and a remote event or location. Improving operations and workflows for contribution customers to bundle components which reduces their operational costs.

The addition of a new secure cloud gateway to and from the network will allow high-quality video transport to and from markets with little to no infrastructure, as well as incident prone areas.

Telstra is also extending the Telstra Global Media Network Partner Alliance in the USA and globally through two new partnerships with PSSI Global Services and Intelsat.

PSSI is a North American leader in live event management, transmission and connectivity solutions and owns and operates a large fleet of C-band and Ku-band transmission vehicles, as well as maintaining field operations teams throughout the USA. The Telstra GMN is strategically connected into the PSSI International Teleport to deliver North American content into Asia Pacific, Europe and the world.