The Tennis Channel has increased its coverage of the Australian Open for its US audience base to include broadcasts of the boys’ and girls’ junior singles championships this coming weekend.  In its 11th year of Australian Open coverage, the Tennis Channel has expanded to 13 days of live matches in Melbourne. Coverage from Australia began on Sunday 14 January and runs to 28 January.

In addition to having live coverage during the first 13 days of the tournament, the network will have encore matches, a live lead-in show and studio analysis. In all Tennis Channel will offer 200 total hours in Melbourne.

On why the Tennis Channel has decided to increase the number of days coverage it is producing this year, Ross Schneiderman, executive producer, Tennis Channel, told SVG Europe: “Tennis Channel always wants to bring as much tennis to our viewers as possible. This year we had the opportunity to add the boys’ and girls’ junior finals to our Australian Open coverage, which we’re excited to share with our audience.” 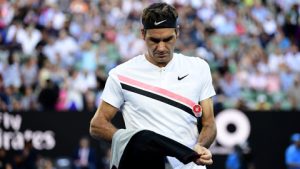 Tennis Channel is one of two networks televising the Australian Open to US audiences.  Stated Schneiderman: “Our coverage is pretty extensive, with live matches every evening (US time,) followed by encore match replays throughout daytime hours.”

The Tennis Channel is broadcasting 10 straight days of live primetime play starting at 7pm US Eastern Time. The Tennis Channel’s output schedule varies over the course of the Australian Open, but it tends to be within US primetime, from 7pm to 9pm. Eastern Time.  Added Schneiderman: “We expect to show more than 30 hours of live matches, with at least 20 hours of live Australian Open matches in primetime this year, and close to 200 hours total when you factor in encore coverage and analysis.”

The network is broadcasting singles matches from the first round, through to the quarterfinals as well as men’s, women’s and mixed-doubles play, including the final for all three.

Additionally, Tennis Channel has the finals for the boys’ and girls’ junior championships. The network will also air same-day encore coverage of the men’s and women’s singles semi finals and finals.

The production is extensive, using fly packs rather than trucks, noted Schneiderman. He explained: “There are no trucks on site, but rather numerous cabins with bespoke fly packs.  The OB provider used here is Gearhouse Broadcast, used for their venue and sport-specific experience. Cabling is a non-factor since the three main stadiums are pre-cabled.

Tennis Channel has approximately 48 people on-site working in various technical, production and support roles. “The only real challenges involve the occasional high heat days which have reached over 100 degrees, affecting unprotected camera operators during the 12-plus hours of daily coverage,” Schneiderman said.

On camera usage for the erxtensive coverage currently going out from the Tennis Channel, Schneiderman stated: “We have a mix of our cameras and cameras from the host feed. Altogether, 30 cameras from the host are being brought into our control room along with one RF camera, one announce booth camera, one supplemental handheld camera with tripod on both Rod Laver Arena and Margaret Court Arena, and two cameras in the studio. Among the 30 host feed cameras are six beauty cameras both on the grounds at various locations in Melbourne. The feeds from the cameras are brought into the TV compound via fibre.”

Tennis Channel and ESPN’s ongoing Grand Slam alliance includes the Australian Open and gives viewers near round-the-clock tournament enjoyment from Melbourne. Each network utilises its own commentators during its respective coverage and cross-promotes the combined ESPN-Tennis Channel television offerings.

Regarding the studio set up for the numerous presenters working with the Tennis Channel this year, Schneiderman said: “The studio set up is on a temporary gantry, an enclosed, air-conditioned set with Rod Laver Arena as a backdrop. The studio utilises two cameras, and a bespoke announce desk with an LED lightbox and monitor.  The desk has four announcer positions.”

The network’s lead-in show, Tennis Channel Live at the Australian Open, is airing nearly every night (in the US – morning in Australia) of the tournament to give viewers a review of the previous day’s action and preview of the upcoming matches that night. Award-winning broadcaster Brett Haber has returned as host alongside analysts and Hall of Famers Martina Navratilova and Jim Courier, as well as Sports Illustrated’s Jon Wertheim.

Schneiderman said: “We have a nightly lead-in show, Tennis Channel Live at the Australian Open, which includes highlights. There are also highlights on our air during live coverage windows and throughout the day during our ‘Court Report’ news updates.”

Finally, the Tennis Channel has taken its own Chyron Mosaic XL2 to Melbourne to present its new, robust graphics insert package during the event.  “They also incorporated some of the host feed ‘virtual’ graphics designed by Girraphics Park of Sydney, Australia,” noted Schneiderman.