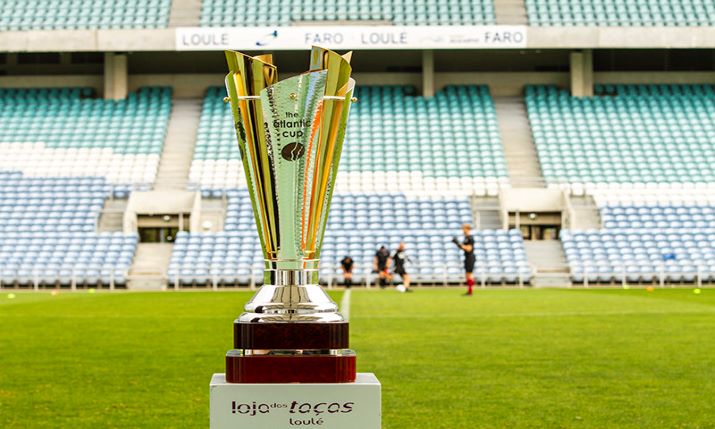 The Atlantic Cup, a football tournament held in Algarve, Portugal, has teamed with MSTV Live Broadcasting and Open Broadcast Systems to widen its reach, making it available to viewers at home via Nemeton TV.

Focusing on football clubs from national leagues that do not operate in the winter months, the Atlantic Cup consists mainly of teams from Scandinavia, Northern and Central Europe.

This year the organisers of the Cup, retired footballers Brian Horne and Hans-Jürgen Stefan Schwarz, decided to begin broadcasts of the matches, which are held in four different stadiums across Portugal.

With some of the stadiums having dubious levels of connectivity, delivering broadcast feeds for all the matches was set to be a challenge.

MSTV Live Broadcasting stepped into help. The company provides live coverage of a wide range of sports events across Europe, with a  focus on delivering niche sports quickly and cost efficiently to widespread audiences, even when connectivity is a challenge.

The lack of connectivity and existing infrastructure at many of the venues meant that MSTV needed to find a different way to deliver feeds. MSTV decided that using 4G SIM cards to contribute the signal would be the best way to get around that, though that was also not without its challenges. At many of the stadiums, there was low, or in some cases no, 4G signal coverage. In these cases, MSTV had to revert to 3G signals, but was keen to ensure that the broadcast quality would remain high.

MSTV already used encoders and decoders from Open Broadcast Systems for coverage of sporting events across the continent. It therefore approached the company to determine if it could deliver a solution to ensure a good quality feed even when the connectivity was lacking.

Open Broadcast Systems delivered a bespoke solution using off-the-shelf hardware and its software-based encoders and decoders. The solution was customised to enable a 3G or 4G signal, of any quality, to be input while ensuring that the output would be high quality.

Having captured the 4G signal and ensured it would be high quality even when connectivity is low, the team needed a way of delivering that feed to satellite ready to be picked up by the broadcasters. Having previously worked with Nemeton TV, a production company based in Ireland, Open Broadcast Systems contacted the team there to see if they could help.

Each year Nemeton TV produces over 600 hours of premium content for broadcasters, sports organisations, and commercial brands. In order to do that, the production company has a fixed Ku Band uplink and carrier grade IP fibre connectivity at its disposal. All that had to be done was to setup a Zixi Receiver on Nemeton’s OBE C-200 decoder. The team at Open Broadcast Systems was able to do that remotely within a few minutes at which point Nemeton was able to start receiving the feeds direct from Portugal.

The feed was delivered via IP using AWS Elemental MediaConnect, a high quality transport service for live video. Nemeton was then able to uplink the feed to Eutelsat on Ku Band satellite for broadcasters to receive.

Nemeton also provided a web quality confidence stream to MSTV during the testing phase so it could ensure that the feeds were displayed as they should be.

Fiachna Mac Murchú, technical systems manager, Nemeton TV, said: “We already had the setup we needed to deliver to satellite. Thanks to Open Broadcast Systems being able to very quickly setup the receiver, we could be up and running in an extremely short timeframe. As the feed coming in was already good quality, it was then simply a question of receiving it and delivering it on.”

All of the matches throughout the tournament were shown on the Swedish channel, C More Sport, as well as Nova Sport in the Czech Republic. Anyone with subscription to those channels in their countries was therefore able to keep up with the action throughout the tournament. The feeds were also delivered to IMG, one of the largest independent producers and distributors of sport content.

In order to ensure that the broadcast coverage would be seamless and remain at high quality throughout, the team at Open Broadcast Systems continually monitored and managed the whole process of delivery, from its unit to Nemeton as receiving side. The result was a faultless delivery from start to finish.

Krunoslav Petric, head of production, MSTV, commented: “Open Broadcast Systems was able to quickly enable the right setup to help us deliver these feeds to European sports broadcasters. Knowing that the team was constantly monitoring the feed remotely meant we knew we could rely on it and focus our attention on the production. We were really pleased with the result.”