The Freelance Diaries: What it’s REALLY like to be self-employed during the COVID-19 crisis 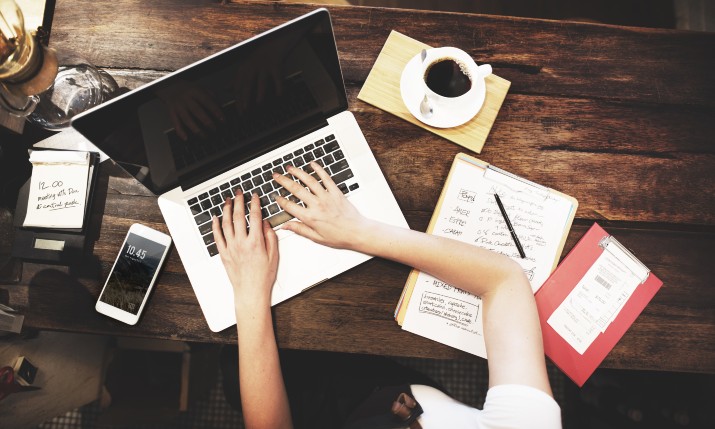 In the first in a series of guest blogs, freelance sports production manager Natalie Diamond provides a personal insight into how she and her family are coping with the impact of the coronavirus pandemic.

I’m not sure what is worse: the fear of catching a contagious disease or the impending financial doom, gloom and unemployment.

I have worked in television for 21 years. I started young and have since held a variety of roles in live and delayed sports TV. I’ve worked on national and international productions for channels, production houses, facilities companies, governing bodies and start-ups. Since 2010 I have worked as a production manager and I set up a limited company five years ago after a short stint as a sole trader. I much prefer working as a freelancer, the variety of work is exciting, challenging and it’s entirely my responsibility to keep the money coming in.

I live with my fiancé, who also works full-time in the sports broadcasting sector. He travels regularly to major sporting events worldwide and we juggle our family life around this.

When the news first broadcast the outbreak of a virus in the early weeks of January I was immediately concerned. It didn’t seem to affect the other members of my family as much at that time. Being a mum, it really concerned me that anything could threaten my children’s health/existence. I knew right from the start this was going to get serious.

I have had many lucrative years as a limited company but for some reason, I didn’t get a great start to this year. Those jobs that I had been offered ended up as internal hire-ins. However, I was still hopeful I could pick up new clients this year alongside my regular clients and that was my ultimate goal.

Cue March and it was getting worse. The spread of COVID-19 was unable to be controlled and I could see what was coming…

“Like so many others I currently have no income or the prospect of work in the near future. But there is hope. We have each other and I know this will pass.”

Being a production manager, I am always the first point of contact for those looking for work. I was contacted by several directors, camera ops and floor managers who were losing chunks of work.

Like a domino effect, one sporting event after another got cancelled and the threads from colleagues on Linkedin had all announced they had lost work and been stood down. Some while on the way to the airport. What had looked like a lucrative year for most, now looked bleak and uncertain.

My fiancé had been due to travel to the Vietnam F1 Grand Prix and I was secretly praying for it be cancelled. Ahead of this, his colleagues headed out to Melbourne to cover the F1 race there but they had to return after a week’s set-up. I think darts, netball and rugby were the last events to be cancelled on the calendar followed by horse racing and now the recent news of the cancellation of the 134th Wimbledon Tennis Championships is unprecedented.

Like so many others I currently have no income or the prospect of work in the near future. The financial package that Rishi Sunak, the Chancellor of the Exchequer, announced does not appear to help the two million limited company directors like myself and, as I understand it, if you have a husband or partner that is still employed then you are also exempt from universal credit.

I have many freelance colleagues who have partners who also hold freelance roles and I know how devastating this has been for them and many other families.

Like so many others, my family and I are adjusting our finances and we are managing so far. How long will this go on for?

I’ve had calls from other colleagues trying to decipher the government’s announcements and they talk of using their savings and even their retirement funds to get by.

“The upside is I’m playing with my children, reading, cooking and trying as best as I possibly can to keep to a routine.”

At the moment we are only three weeks into lockdown. I suspect the financial axe will start swinging at three months. I cannot see much stability for any one individual or family past that point.

When I wake up, instead of starting my day at the gym, I go online like thousands of others and jump around my living room exercising to keep my spirits up.

I walk my dog which is an eerie and surreal experience. Pre COVID-19 I might have been travelling into town for meetings, or at a stadium managing a team of 100 plus, crewing and negotiating rates with freelancers or putting together budgets for RFPs.

The upside is I’m playing with my children, reading, cooking and trying as best as I possibly can to keep to a routine.

My fiancé leaves the house in the morning and heads down to the bottom of the garden to his home office. He spends most of his day in conference calls and forward planning discussions with his team. I know he misses the travelling and the one-to-one interaction.

There are many matters and discussions to be had and questions still to be answered. But there is hope. We have each other and I know this will pass.