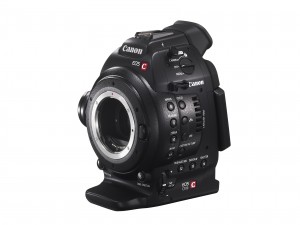 The UK’s leading (more to the point, only) left-of-centre mainstream broadsheet newspaper The Guardian recently embarked upon a substantial overhaul and expansion of its video content operation. As part of this initiative, a new Guardian Football YouTube channel was launched in advance of the 2014 FIFA World Cup and has rapidly gained traction – to the point that it currently boasts in excess of 17,000 subscribers and 3.4m views.

Overseeing the development of The Guardian’s enhanced YouTube presence is channel manager and creative producer Ryan Baxter, who admits that until recently there had been a general feeling that the paper “did not do video that well, and where it did do it well it could not easily be found.” With the quantity of reader comment typically attached to articles on The Guardian website, it was determined that dedicated channels were “a natural fit for YouTube, so we decided to relaunch our news and music channels, as well as establish a new channel for football.”

The scheduling of the YouTube revamp was such that the FIFA World Cup provided an ideal “window of opportunity” through which to ramp up awareness of the Football Channel – and so it proved. During the peak viewing period of the tournament’s four-week duration, Baxter and his team produced two daily shows – one with a news highlights format, the other a comprehensive preview programme featuring input from pundits and professionals.

“We did have a good heritage of covering football [on The Guardian] with ‘talking point’-style videos about the various European leagues,” says Baxter. But with the new channel, “we quickly started to see some unprecedented growth. [Part of that is down] to a new emphasis on trying to make the content [dual-purpose] in that it is both news-relevant and evergreen too.

“We now use every trick in the book to give the videos more shelf-life. Each video gets uploaded on Monday or Tuesday, then republished [subsequently] on The Guardian [home site] using the YouTube timestamp facility so that it automatically starts in the latter [less time-sensitive] part of the video.”

At Baxter’s disposal is a small but perfectly formed technical arsenal that includes a pair of Canon EOS C100 interchangeable-lens digital cinema cameras. “They are really great units for us and deliver a lot of flexibility,” he says. “So for example, during the World Cup we would go out around King’s Cross [in London, where The Guardian’s offices are based] and shoot vox pops each day, and then quickly bring them back into a studio scenario. They are also very lightweight and easily transportable. At present, one of the C100s is out in Iceland shooting material about what happens to Icelandic football when it is snowing.”

The Guardian YouTube team is currently migrating to an Adobe Creative Cloud-based workflow and is using Adobe Prelude and Premiere Pro for ingest and editing, respectively. “It works really well for us and allows us to get some decent effects, slo-mo and so on without re-encoding; everything can be done on the timeline in Premiere.”

World Cup success aside, it’s early days for the new channel with Baxter currently at work on plans to develop some extended content beyond the present standard 8-9 minute clips. As and when that comes to pass, “some Canon Cine lenses would be a nice addition for the long-form material, to really help lend it that cinematic feel.”

The Guardian’s YouTube home can be found at https://www.youtube.com/user/TheGuardian.