The Italian job: Sky is providing coverage of the Rugby World Cup to its audience in Italy 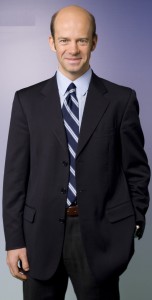 In February Rugby World Cup Limited (RWCL) announced that Sky Italia will broadcast live coverage of all 48 matches and will also deliver a comprehensive TV, digital and mobile offering for its subscribers. According to RWCL, the deal means that more people in Italy than ever before will have access to the tournament between 18 September and 31 October. As far as the Italian side is concerned, its Pool D campaign begins against France at the home of English rugby, Twickenham, on 19 September.

“For all the main matches during the event – including the first game – we will be operating a small unilateral production on site with its own stadium producer and director,” reports Sky Sports journalist Francesco Pierantozzi. “For example, we will be using a pitch view studio during both semi-finals as well as the Final. At other games where the Italian national team is playing, we will have stand-up positions for our presentation needs.”

He says that for other games during the tournament, Sky Italia will be providing comment and opinion from studio guests. Those programmes will vary in length from 15 minutes to a full hour.

Those guests will include Sir John Kirwan and Diego Dominguez, the former rugby union fly-half who played for Argentina and Italy, winning more than 70 caps for the European side. They will be alongside a number of past leading players from the Italian national team such as Andrea De Rossi, Alessandro Moscardi, Mirko Bergamasco and Mauro Bergamasco.

Alongside match coverage, Sky Italia will be deploying a LiveU camera to provide daily reports from the Italian team headquarters. That camera will also be utilised during matches, as required, and for input into our news programmes. “We have no plans to receive any ISO feeds from ITV in the UK,” states Pierantozzi.

Sky Italia sport rights, programming and production director Matteo Mammì summed up the broadcaster’s commitment to the tournament. “Our strong collaboration with Rugby World Cup dates back to 2003, and we are proud to be projecting the 2015 tournament to audiences across Italy. Rugby World Cup is the jewel of the crown of our sport offering, which has never been so wide in terms of properties and events. We look forward to supporting the Italian national team on their journey.”