The main obstacles to broadcast industry innovation are people, not technology 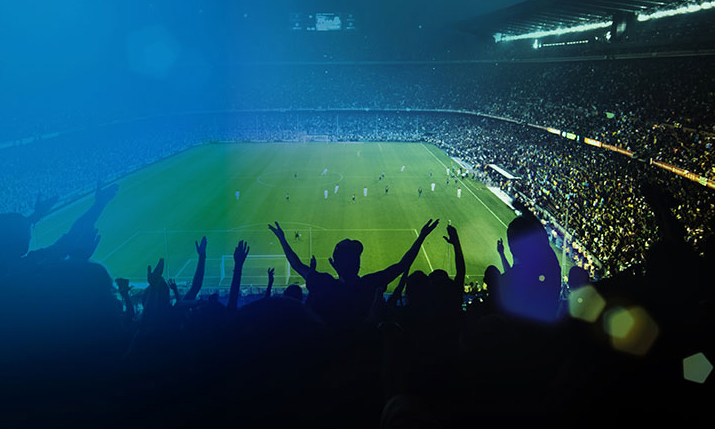 2020 has seen unprecedented change in our industry and society, and not everyone has come out of it looking that great (yes, we’re looking at you Quibi).

Over the past few months we have heard little about UHD, 8K, HDR and virtual sets. Before COVID (BC) our industry events were dominated by these bingo terms that you could bet your house were going to be discussed ad nauseum.

After COVID (AC) the new industry buzzwords are much more about democratisation rather than big ticket projects, with terms like remote production, cloud, engagement, personalisation and object delivered content. Big broadcasters that were previously resolutely determined to keep their broadcast equipment locked away from any whiff of an internet connection are now shipping expensive hardware to staff houses, hooking it up to the internet and telling us all how they have ‘virtualised their operations’. Circumstances forced an about turn; a line the UK government may have found useful on multiple occasions throughout 2020.

The reality is that as an industry we’re typically pretty resistant to change. Change means risk and risk is bad. Workflows that have functioned for decades don’t (usually) change overnight. More importantly, people don’t tend to lose their jobs for continuing to deliver something that works, not least when you are part-way through the amortisation of that very expensive broadcast hardware infrastructure you had installed the year before.

You would be hard pressed to find anyone BC who decided to remove their entire hardware-based production infrastructure to move to the cloud. Over the past few years, like many others, we’ve had conversations with multiple clients who said things along the lines of, “I know we need to look at the cloud in future but it’s not there yet”. Which could be interpreted as an elaborate way of saying, “I know it’s going to happen at some point, but I don’t want to be responsible for it”.

In our industry, change was effectively resisted by people who wanted to keep their jobs, sleep at night and who weren’t typically given much licence to experiment by their bosses.

As rare as the broadcast engineer is who before COVD-19 said “let’s ditch all this hardware and all work in the cloud, remotely from our homes”, the C-suite exec who supported and approved that was even rarer.

But change was ignited by one big external factor and it created total and unprecedented upheaval. There was no choice but to try new things like fully remote and cloud productions. Those big expensive bits of kit were suddenly inaccessible – unless you broke rule number one of broadcast IT and actually connected them to the internet!

To a varying degree, broadcast adapted quickly and rose to the challenge, given a clear mandate from the higher ups that went along the lines of, “I don’t care what you need to do or how you do it but get us on air”.

So risk was now tolerated. The shackles were off and the floodgates opened to new technologies, not least in the absence of an alternative. Broadcast professionals were creating shows from home via web browsers and working from the comfort of their home (or garage) rather than from the back of a truck in a car park outside a stadium somewhere.

At the same time, finance departments were seeing how much less it cost to not send all those people and all that equipment around the country and beyond. Some of the more forward-thinking companies would even recognise the environmental benefit of not shipping kit and people around the planet.

And guess what. We didn’t hear big complaints from viewers about the quality of production. In fact, they continued their previous behaviour of ditching their own hardware like STBs in favour of cloud streaming services. The viewers have effectively already told us what they want and it isn’t a more expensive hardware-dependent subscription to give them access to UHD.
So, as King George in Hamilton says: What comes next?

Next generation cloud-based broadcast technologies are not the same as the traditional hardware-based systems; they don’t do all of the same things. But what 2020 has shown is that they can do a lot of the same things and an awful lot more besides. They are flexible, scalable and offer things like localisation, personalisation and interactivity that traditional systems cannot, at least not without vast expense.

2020 has proven that the technology is ready; you can do a live production in the cloud and with a team operating remotely. So who is going to return to old habits and continue to amortise that expensive hardware and who is going to embrace the new opportunities offered by what is now proven technology?
A simple way to answer that might be to consider what the viewer prefers? Engagement, interactivity and personalised content or frame accuracy, UHD and 3D bevelling?

The reality, at least in the short term, is likely to be a hybrid. Top-tier productions will continue to use traditional tools, perhaps enhanced by some additional next-gen elements.
Increasingly though both the costs of those systems and the limitations will be too restrictive, especially while we deal with the economic fallout of COVID-19. Perhaps ultimately the humans will also have the final say.

A return to traditional methodologies means a return to those trucks in car parks, late night de-rigs, hardware dependency and all the associated costs. Just as large corporations are adjusting to the fact that their workers don’t want to return full time to their offices – or worse to their daily commute – our industry has to accept that things are not going back to how they were, no matter how long is left on that amortisation!