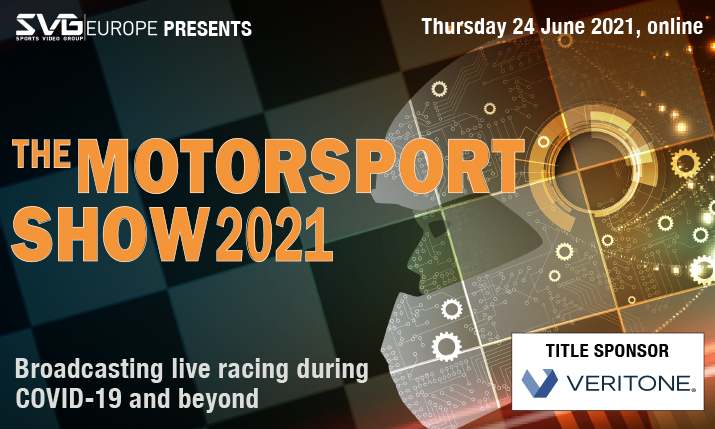 Production, editorial and technical innovation on F1 and MotoGP coverage will be discussed next week (Thursday, 24 June) when SVG Europe puts on The Motorsports Show 2021, sponsored by Veritone.

The online event will focus on best practice around the circuit and in the compound, highlighting how broadcasters and motorsports associations are changing their workflows, augmenting their output and upping their viewer engagement.

The latest speakers added to this packed agenda include Formula 1 Director of Broadcast and Media Dean Locke. Ahead of the Styrian Grand Prix 2021, he’ll share the latest production and broadcasting innovations being used to produce coverage of, and programming around, one of the world’s most popular sports.

Also new to the agenda is Kevin Brown, North One Series Editor. He will discuss how BT Sport’s coverage of MotoGP is produced, the challenges faced and what is coming down the line for the premier class of motorcycle road racing events.

To find out more and to register go to The Motorsports Show 2021.