The road from Russia: Analysing the biggest streaming event in history

Peer5 operates a video delivery service that can be paired with one or more server-based CDNs to give broadcasters an elastic and scalable streaming infrastructure. The company coordinates viewers who are watching the same stream and enables them to share the underlying video segments with each other, instead of always fetching the segments from an HTTP server.

In so doing, the number of HTTP requests that servers have to handle is greatly reduced and, in turn, that improves stream quality for all viewers. In essence, Peer5 provides a streaming insurance policy by ensuring that servers do not become over-stretched. This allows more viewers to have a better viewing experience without problems such as buffering. 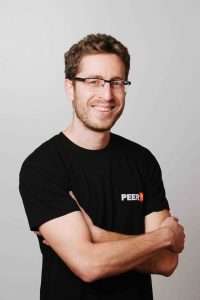 At the end of April, SVG Europe reported on how California-based Peer5 was preparing its Peer-to-Peer (P2P) service to assist in the streaming of the World Cup in Russia. Analysis of the World Cup project is now available and according to Peer5’s CEO, Hadar Weiss, the results didn’t disappoint.

“We helped deliver over 112 million video sessions into 241 different countries, enabling our customers to ofﬂoad 66 percent of total bandwidth from their servers and increase their audience capacity, on average, by a factor of three times.”

He goes on, “The beauty of our peer-to-peer service is how easily we can scale up to handle any audience size. As the number of viewers increases, our performance will improve. In some cases, we ofﬂoaded 90 percent of a full World Cup broadcast, providing a ten times increase in scalability.”

This ability to increase delivery capacity as the audience grows is what sets Peer5 apart from traditional server-based content delivery networks (CDNs) whose performance degrades as more viewers join the stream.

Weiss says that as the broadcast TV and digital worlds continue to merge, a large-scale event like the World Cup provides huge amounts of data that help to gain a better understand of just how prevalent streaming has become. “We estimate that during the group-stage match between Argentina and Iceland, the total worldwide concurrent viewership reached 51 million across all service providers and broadcasters. This easily sets a new record for streaming, far surpassing this year’s Super Bowl as well as the largest eSports tournaments.”

But, he explains, bigger isn’t always better. “All of the primary broadcasters, such as FOX, ESPN, Telemundo and the BBC, reported record numbers, but how well did it really go? Were users happy? Were they able to stream without interruption or buffering? Thankfully, we had 64 matches worth of data to measure, compare and benchmark.”

The analysis by Peer5 shows that there were several times during this World Cup when the audience appeared to overwhelm even the largest streaming services. And that resulted in a less than perfect viewing experience.

For example, Peer5 reports that YouTube went down for an hour during the semi-ﬁnals. In addition, the BBC’s iPlayer crashed just minutes from the end of England’s quarter-ﬁnal contest against Sweden and Optus had to forgo its broadcasting rights to SBS Australia after ongoing streaming glitches infuriated fans — and the Prime Minister had to intervene!

Weiss believes that such incidents prove that even the largest technology companies in the world still have plenty of room for improvement when it comes to offering high quality and reliable streams during large events.

“Large scale streaming involves many moving parts. The root causes for the issues highlighted remain unknown, but we know for a fact that many stream quality issues are related to underlying CDN problems — issues with video delivery.”

Weiss says that it is extremely difficult to scale server-based CDNs in real-time. “Every CDN had years to prepare for the World Cup, but they still rely on a fixed number of PoPs, a fixed number of servers and a fixed amount of network equipment. Simply put, each CDN had a finite amount of delivery capacity in each region of the world.

“Once you reach this capacity, there’s not much you can do to increase it during a broadcast. An event like the World Cup poses a huge challenge for traditional CDNs, because they can’t accurately forecast how many users will join from each region. That means they can’t plan capacity very well and they don’t have great tools to truly stress-test their networks ahead of time,” he said.

During the World Cup, Peer5 worked with companies such as FuboTV and RTP Portugal to ensure their streams were as high quality and reliable as possible in all of their service areas. Peer5 not only ensured the best user experience, but also collected valuable client-side video analytics.

Weiss explains that Portugal is a well-connected country where streaming usually works quite well. “On many occasions, we measured less than 1 per cent rebuffering throughout full games. However, even Portugal is vulnerable during peak load, with 1.8% rebuffering during the last 15 minutes of one particular match.”

A study revealed the impact that Peer5 had on quality of experience during the Portugal-Uruguay game on June 30. During this match, Peer5 synthetically disabled itself for 1 per cent of the sessions to compare its effectiveness and impact on Quality of Experience (QoE). Overall there was a reduction of 33 per cent in time spent rebuffering and 11 per cent increase in the number of streams that had zero instances of rebuffering throughout the whole session.

“Peer5 not only has the ability to measure stream quality in a multitude of ways, but we actually help our customers improve that stream quality during the largest and most important broadcasts — like a World Cup match.

Weiss concludes, “This year’s World Cup was the biggest streaming event in history. But that record will not last for long. We expect that the 2018-2019 Champions League season will draw even more online viewers. And then there’s the 2019 Cricket World Cup in England, followed by the 2020 Summer Olympics in Tokyo.

“The point being that streaming is here to stay and if you’re a broadcaster who’s serious about servicing your digital audience, then you must prepare for ever larger audiences. These audiences will become more demanding when it comes to quality. Luckily, stream quality is the one service feature over which a broadcaster has complete control.”