As independent sports programming supplier Sunset+Vine marks its thirtieth anniversary, the company is also on the verge of its most exciting phase yet with an historic, long-term contract with BT Sport occasioning a massive expansion of resources and workforce. In the second of a two-part feature, chairman Jeff Foulser speaks to David Davies about its host broadcaster role for Glasgow 2014, the practical challenges of rapid expansion, and the development of its digital strategy.

2014 will find Sunset+Vine serving as host broadcaster at the 2014 Commonwealth Games. How did that come about?

We had pitched for a few [host broadcaster roles] in the past, but never quite got over the line, and so there was a feeling that this could be our last shot at it. Unlike previous occasions, we decided not to bid on our own. We had been speaking to a facilities company, Global Television in Australia, and the more we talked to them it became clear that they were a natural fit as a collaborator. The resulting tender was a good combination, mixing our reputation as an innovative production outfit with the solidity and security that Global could bring, having been there and done it before at both the Delhi and Melbourne Commonwealth Games.

Somewhat unusually, we actually found out we’d won the contract when it appeared on the [Glasgow 2014] website. I had to ask one of my colleagues to come over and read the news as well… I couldn’t quite believe it! A great day.

With BT Sport, Glasgow 2014 and other new commitments, there must have been some major organisational challenges over the past 12 months…

It’s been a huge year for us, and of course it’s not been without teething problems, but I think we have done a good job of adjusting as quickly as possible. Workforce-wise, we have added about 65 people since the turn of the year and now have a total workforce of about 140 people. We were a fairly big indie even before that, but these additions have obviously taken us up to the next level. In the short term, it puts strain on services like IT, HR and so forth, but we’re adapting well, I think.

Any other projects on the horizon that we can mention?

We will be doing the Volvo Ocean race again from 2014. We didn’t win the contract for the last one, so it’s great that we have that back again. It’s always difficult getting good quality pictures of boats at sea, so that event always represents an interesting challenge.

One other thing I would mention is that we are looking to do more digitising of broadcasters’ archives. It’s clear that there is a huge and growing demand for digital content over and above what we do in terms of normal TV work, so we are gearing up for that as well. The same goes for managing websites on behalf of companies like Mobil. That’s a really exciting area, although it’s not always easy to find brands where the budgets are centrally controlled – and that’s what you need.

Beyond all this, we also have an operation in the Middle East and are looking to develop our business there and in other non-UK territories.

Finally, the issue of the moment…4K. What impact (if any) is it having on you now, and how do you think that will change in the next year or so?

I think it will have an impact, although it is not part of what we do at the moment. It takes time for things to take off. Look what happened with 3D, which to be honest I always thought was hyped out of all proportion in terms of sport. I can see the attraction for movies and one-offs, but until we can find a way of making it more comfortable to watch, I don’t think it is ever going to take off properly.

There is more appeal to 4K, I think. At present, we have no plans for it to be part of our coverage, but I have seen it and think it looks amazing, so there is potential for it to be pretty transformative in the industry. 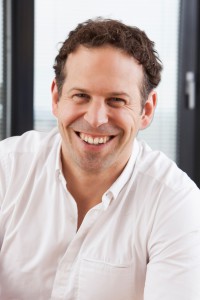 Where are the main areas of scope for creating additional content?

As things stand, from a digital perspective, we produce three types of content. The first is providing digital content around our TV programming; it’s TV-led and off the back of that commission, we create a variety of content that complements that programming. The second is creating bespoke digital programming, such as an after-match show we are doing with BT. The third is working with rights’ holders to repurpose existing content, optimise it for platforms such as YouTube, and make it more useful and relevant to audiences.

How does that translate to your work with BT?

It’s very extensive; we manage the digital content relating to major events such as the Premier League and Aviva Premiership Rugby on a 24/7 basis. The strategy is led by BT and there is a dedicated S+V team in place responsible for delivering that bespoke programming on YouTube, Facebook, the BT app, etc. Every day there will be new bespoke flagship content delivered to BT’s digital and social media platforms. This content may then be repurposed back to TV programming.

As with a lot of companies these days, BT takes an holistic approach to content, recognising that people will watch the content on the platform with which they feel most comfortable.

How does the development of the digital side fit into the overall evolution of Sunset+Vine?

A few years ago we were essentially a production company, but now we are in the process of becoming a media-based business. Looking ahead, we are going to continue to build our capabilities, move up the value chain, and look at our own IP. We also be looking outside the UK, including at the Middle East. As ever, the emphasis will be on examining the entire process to see where we can add value.