The Telos Alliance adds SVG Europe to its SVG sponsorship 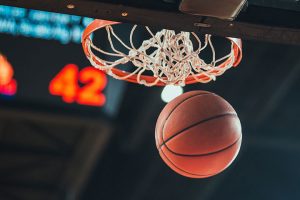 Building on the success of its sponsorship with SVG in the US, the Telos Alliance is now also a new OB/SI Sponsor of SVG Europe.

The company’s Martin Dyster, Telos Infinity project director, said that as well as being strategically advantageous, its sponsorship of the US side of the association has also inspired the creation of new products. It is aiming to add to that success in the European region.

Dyster stated: “Linear Acoustic, one of the Telos Alliance brands, has had a long and successful association with the Sports Video Group in the US for some time. In recent years, as the Telos Alliance product family has evolved, many of the solutions that we’ve built around VoIP and AoIP have been adopted by the North American sports broadcast community, with that success often directly attributable to our activity as a member of the SVG community.

“As we seek to expand as a business and bring our range of solutions to a wider audience, we recognised the ongoing importance of SVG Europe and look forward to becoming as active within the European sports broadcast community as we are in the US,” continued Dyster.

SVG has even inspired new products, stated Dyster: “The germ of an idea that became the Telos Infinity matrix-less IP intercom platform was born out of a question raised originally at an SVG Technology Summit in New York, and it is the chance to continue to listen and learn from our customers that is of paramount importance to us as a company.”

Dyster went on: “SVG [US] brings together participants from all aspects of the broadcasting world. Global events such as the regular Venue and Technology Summits are a chance to showcase our ideas and solutions and engage directly with content producers, end users and like-minded technologists in an informal and convivial atmosphere that brings out the creative gene in all of us,” he concluded.