Imagine Communications has released the findings of its third annual media and entertainment industry survey, Focus Forward: 2017 Media & Entertainment Industry Report, which explores the tightening and dynamic relationship between technology innovation and the ability of media companies to generate additional revenue and improve competitive positioning through new business models.

Key findings include a growing familiarity with microservices and cloud-native applications, increased comfortability with next generation technologies and a resulting acceleration of plans to transition operations to IP-based environments, including the cloud.

A new development in this year’s survey, validated by the widescale acceptance of next gen architectures at the 2017 NAB Show and multiple real world deployments, is that much of the uncertainty surrounding the future technology landscape has dissipated. 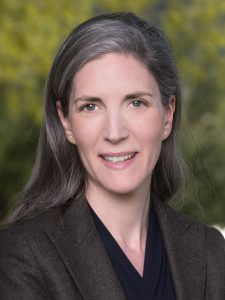 Glodina Lostanlen, chief marketing officer at Imagine Communications, commented on why much of the uncertainty surrounding the future technology landscape dissipated: “For starters, media companies have had several years to gain greater familiarity with IP technology and virtualised environments running on commercial off-the-shelf equipment in mission critical settings, including production and playout. The past year in particularly has seen several milestones, such as all of the momentum around industry standards and interoperability and significant commercial deployments of IP-based production and playout facilities, that give media professionals increased assurance that next gen architectures are ready for primetime. Other factors that have contributed to the growing recognition of the inevitability of a migration of workflows to a new technology foundation is an increase in education from IT giants, who are also working diligently on the fusion of broadcast and IP.”

Most media companies now recognise the migration of operations from purpose-built hardware to software-driven environments based on commercial off the shelf (COTS) platforms as a competitive and economic imperative. It is now widely accepted that only IT-based infrastructures are capable of delivering the agility and versatility needed to speed the velocity of new service introductions and futureproof facilities against disruptive and frequent technology refreshes, showed the survey.

When asked how their attitudes toward transitioning their operations, including live production, to an IP-based environment had changed over the past year, more than half of all respondents to the 2017 survey indicated an increased confidence in the suitability of IP-based environments to host even the most demanding operations. In addition, 34% of all respondents say they are now planning to accelerate their transition to IP from where they were a year ago. However, more than a third of broadcast engineers say that their peers lack sufficient skills and knowledge of the IP realm.

On what percentage have already moved to IP, Lostanlen told SVG Europe: “That’s a difficult question to answer definitively, or even provide an informed guess. Technically, rare is the media company that has not made some investment in IT, since much of the workflow, such as editing and media management, has been in that realm for years. And if you look at it from the other perspective, the percentage of folks who have made a wholesale move to IP, that number would be extremely low.

“IP and SDI will co-exist, even in the most aggressive transition scenarios for years to come,” noted Lostanlen. “I think it is safe to say, that depending on current investment cycles, nearly all media companies are either actively moving toward next-gen environments or have plans to do so. A helpful indicator of IP momentum might be to consider greenfield build outs. Most companies that have the opportunity to build out a new facility from scratch, are most likely going to go with IP. But every company is going to follow a unique path to the media facility of the future.”

She continued: “We’ve been working with some media companies on the aggressive side of the adoption curve for a few years now, and we’ve had our hands full of POCs and other early deployments, so it’s hard not to be encouraged by the rate of adoption. At the same time, businesses are moving at their own pace, which is something we anticipated from the start. We tend to look at innovation from a different perspective than other technology suppliers. It’s not just about next gen or what’s being cooked up in the labs. We think it’s just as important to apply ingenuity and inventiveness to helping customers manage the transition in a way that’s best for their business, regardless of how fast or slow they move.”

Additionally, the report showed that a significant majority of respondents see cord cutting as an unstoppable force. As to whether that is true, given that the majority of premier sporting events are available exclusively on cord-tied contracts for big cable and satellite broadcasters, Lostanlen said: “The survey results are a reflection of the current attitudes of media professionals, two thirds of whom believe that cord cutting will not let up in the near future. Interestingly, the universe of survey takers who said they were affiliated with pay TV providers responded in a similar manner, with 63% of those professionals also seeing cord cutting as a continuing trend.

“If there was one thing to draw from the business section of the survey it is that business models and how content will be delivered and packaged in the next few years is very much up in the air. But the survey is for the most part a point in time reckoning of the industry, based on the current set of variables. As those variables change, such as consumer trends, the role of content providers and distributors, and various licensing schemes, it’s likely that the attitude toward cord cutting, or even the definition of cord cutting, will evolve.”

The report speculates that a growing number of successful real world, next gen deployments, the availability of testing facilities, including the recently launched Imagine Communications Labs (IC Labs), and progress toward widespread interoperability resulting from the actions of the Alliance for IP Media Solutions (AIMS) trade association all played roles in boosting the comfort level associated with a transition to standard computing equipment.