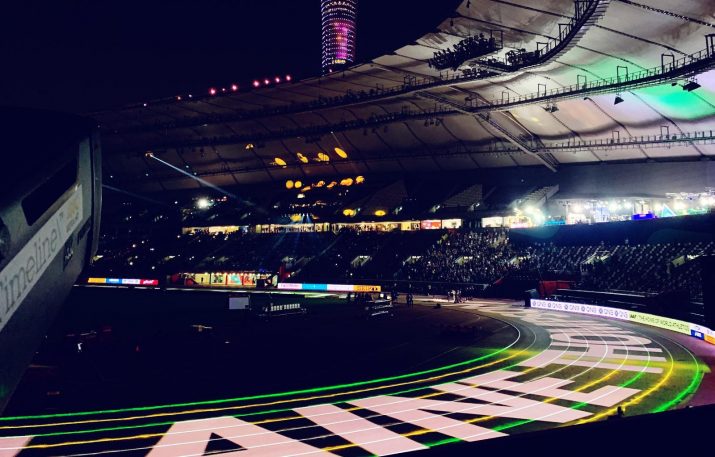 Timeline Television is supplying specialised flyaway facilities and engineering crew to support the BBC’s core operation at the Khalifa International Stadium this week in Doha. The BBC coverage is made up of studio presentation and event coverage, as well as on-site commentary, interview positions and graphics.

Timeline has installed two flyway production galleries and associated external facilities to support this operation, which includes the production of complete network transmissions and the BBC’s own unilateral mix of the athletics.

The project comes with some challenges, the primary one being the extreme Doha heat. Temperatures routinely reach 40 degrees Celcius, which makes conditions for athletes and crew very tough. The broadcast cabins are all equipped with air conditioning to keep the crew and equipment working at safe and comfortable levels.

The IAAF World Athletics Championships takes place in Doha between 27 September and 6 October. The biennial athletics event organised by the International Association of Athletics Federations (IAAF) and involves 3,500 athletes and 10,000 international guests from 205 different countries. The IAAF World Championships is the third biggest sporting event in the world and it is being broadcast to more than 200 countries.