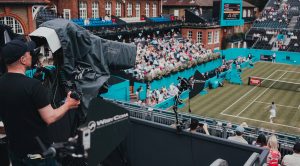 Timeline Television has been awarded a three-year contract to provide technical outside broadcast facilities for three iconic BBC Sport tennis tournaments. The first, the Fever Tree Championships, was held 17-23 June. It’s an annual event on the men’s professional ATP World Tour at West London’s Queen’s Club and attracts many iconic players each year.

The Nature Valley International Eastbourne takes place between 23 and 29 June 2019 and boasts a line-up of world-class tennis as a combined men’s and women’s event. It is a WTA Premier level and ATP 250 level tournament based at the prestigious Devonshire Park on the East Sussex coast. 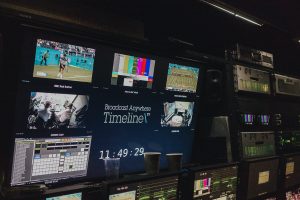 Historically held in major cities around the world, the tournament has a rich history dating back to the birth of The Masters in Tokyo in 1970. In 2009, the competition moved to its current home in London, where it will be played until 2020.

Timeline’s outside broadcast trucks and skilled engineering and technical crew will be onsite for the duration of the tournaments providing OB facilities and support to the BBC’s production teams for a variety of live and highlights coverage.

The flagship, triple expanding, IP 4K HDR outside broadcast truck, UHD2 is one of the most advanced and technically flexible OB trucks in the world. UHD2 will be on site for two of the three tournaments. Timeline’s recently upgraded live 4K UHD/HD outside broadcast truck, OB16, a medium-sized, single expanding unit that can cater for 12 cabled cameras along with multiple radio cameras will be on site for the Eastbourne tournament.