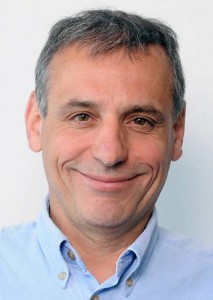 Last week saw Canal+ deploy Trimaran’s innovative GeoRacing Virtual Timing System to enhance live television coverage of the 2014 Rallye de France-Alsace in Strasbourg. SVG Europe spoke to Trimaran CEO Olivier Emery about the development and key feature-set of the system, as well as some enhancements currently in the pipeline.

In a nutshell, what are the USPs of the GeoRacing Virtual Timing System?

Trimaran’s GeoRacing Virtual Timing System enables broadcasters to present live races with delayed starts as if all competitors had started at the same time, enhancing the television experience for viewers.

The Virtual Timing System shows the gaps between competitors (via onboard or helicopter camera) compared with competitors that have already passed at the same point, with an accuracy of 1/10th of a second, and updates this information every second. This is a great improvement over other systems on the market that only allow broadcasters to show minimal information every five minutes.

What were the major milestones in terms of the development of the system, and when/where was it first deployed?

GeoRacing was initially designed with tracking and visualisation tools for cycling and sailing races. Recently, it was enhanced with a Virtual Timing System and Ghost View capabilities, which were used for first time during live coverage of the WRC Rallye de France-Alsace in October 2013 by CANAL+ and SPORT+. Last weekend, CANAL+ and SPORT+ used the Virtual Timing and Ghost View features more than 200 times during the live broadcast of the WRC Rallye de France-Alsace 2014, improving coverage of this popular event.

Is GeoRacing positioned as a complete system?

GeoRacing offers a complete system for tracking and following live and instant replays during outdoor sporting events. The innovation solution includes individual trackers (e.g., GPRS, SAT, and RF), a cloud platform to manage live data and to serve customers with Mac and PC-based 2D players, apps for iOS and Android-based devices, and a 3D rendering engine for broadcast and webcast.

How do you see the system in the broader context of more data-rich broadcasting applications, app-related content, social media integration, etc?

GeoRacing can also be used for events without complete live coverage or those with no live video coverage. GeoRacing offers broadcasters the possibility of creating a virtual video production of any outdoor race using only the GPS positions from competitors. The GeoRacing solution can also be used to produce an online version of the sports event or to add statistics and specific views for second screens or digital apps.

The digital platform can be used all over the world to track and visualise outdoor sports races and share the results – either live or via replay – with friends and fans. With GeoRacing, the possibilities are endless. GeoRacing has been used successfully at sea, on land, and in the air for events like sailing, rowing, jet ski, cycling, motorsport rallies and sailplanes.

What hints can you give us about possible future developments for the system in terms of additional features?

The GeoRacing R&D teams are working to improve the accuracy of the timing, the quality of the CG visualisation, and to add new sports rules in the system. In addition, we’re looking to simplify the management tools to streamline the live production of graphics and video streams.