SVG Europe caught up with Mark Davies, director of products and technology at TSL Products, to talk about coronavirus and also the new products and features the company would have been launching at the NAB show this month.

He also revealed how TSL Products has altered its R&D roadmap, short term, in response to specific customer requirements around remote control of broadcast audio from home workers rather than dedicated broadcast centres.

First we should ask about the response of TSL Products to the coronavirus and how you are coping and adjusting as a company.

“From the outside world’s point of view it’s pretty much business as usual for us. We have offices here in the UK and in Los Angeles as well. As a management team, keeping that effort going has been quite challenging to say the least. 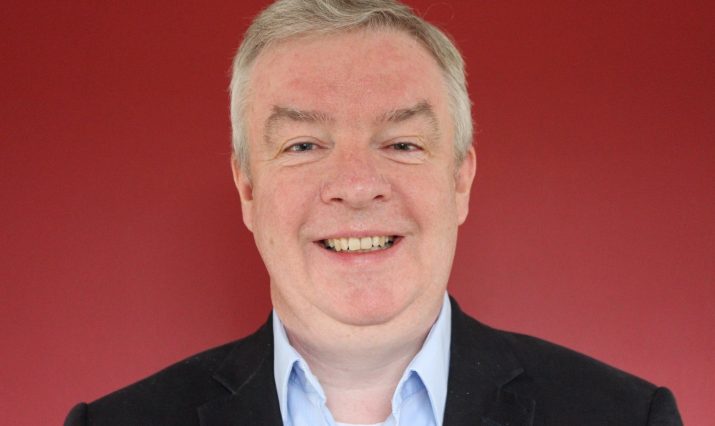 “I’ve read a lot of Californian law over the last few weeks as well as UK law, as you can imagine. And our number one mantra is that our staff come first, so everything we do is précised by reading the law on what we should be doing and then asking the staff what they feel comfortable and safe doing.

“With that in mind, at both locations we’ve gone with the edicts that everybody that can work at home really should work at home. Everybody other than those physically manufacturing things on the shop floor is at home. So we’ve successfully decamped.

“The fact that within the plants nobody else is there [but essential staff] it has allowed them to spread out massively, so much so that many now feel safer in the factory than they do at home. They’ve all been able to take an office each and isolate themselves within the plant at both locations. God knows what my desk will be like when I get back to the office!”

So let’s talk about what TSL Products would have been introducing at the NAB show in Las Vegas this month.

“Absolutely. The big launch of the show for us would have been our SAM-Q updates. The SAM-Q platform was released at IBC last year but that was really what we call phase one, the basic unit.

“What we were bringing to NAB is phase two, which is MADI, loudness compliance and phase monitoring. Loudness is mandated in a number of counties including the US: you have to meet certain legal loudness requirements to go to air and if you don’t you get fined.

“When we first launched SAM-Q at IBC 2019 we did guarantee customers who took early boxes that these updates would be by licence and they wouldn’t need to buy any extra hardware, and we’ve managed to stick to our word. For these enhancements people can just buy a licence to upgrade boxes they already have. Some people have waited, so we’ve had new shipments going out this month for people who are very excited about that product.

“As a small company we have to listen to customers closely; we can’t take punts. So based on big customer feedback we’ve managed to implement in this box some preferences and protection. Someone could store the box they way they want, and there’s now PIN protection so people who aren’t capable of using all features of the box are saved from drilling down into those menus.

“Key feedback from sports truck customers was that they would get freelance operators coming in to drive these audio monitors during a big game at the weekend – and then the engineers would have to spend all day Monday and Tuesday trying to figure out why the boxes no longer work and how far down the menus the operators had gone to make them jam up.

“The engineers can now get in and set up the box with all the intricacies they need, and when the operator touches it he sees what he needs and hopefully that should save him getting into trouble.

“For the MPA1 line we’ve launched a new range of front panels, so we’re calling this the V series. Traditionally these boxes have been for mixing multiple channels of audio into a stereo pair so the user can monitor multichannel audio. Again we’ve had a lot of feedback from operators on sports trucks saying that what they need is, under real pressure, to be able to operate the boxes using muscle memory.

“A scenario we were shown was on an NEP truck where a guy was trying to sort out a problem with a camera control unit. He has to look at the unit, but there’s someone shouting in his ear ‘where’s the audio on channel 5 going?’ and he cannot look at the audio monitor. He needs to be able to run his hand along the front of the box and count to the fifth pot and turn it up and say ‘it’s alright here’ or ‘no it’s missing, someone needs to go and sort it out’.

“Again that was very good direct customer feedback from All Mobile Video and NEP. As we’ve reacted to their requirements they’ve been good to their word and ordered huge quantities! NAB was where we were going to be showing it to the rest of the world.

“Then there’s the PAM-IP audio monitor,” said Davies. “This has been around for a couple of years now, but has really become the de factor monitor for anyone doing IP, ST-2110 and ST-2022-6. It’s with all the early adopters.

“Again we’ve had to react greatly to customer need. Obviously, cracking 2110 media for both video and audio was challenging enough in itself but, having cracked that, you actually find that’s only half the game – control is king in IP.

to that product. So we now have a number of in-band methods of controlling it, including NMOS, and API out-of-band. We can also use good old-fashioned GPIs and pre-sets to control it.

“Generally on the IP front we think things are going to get even more challenging now. We’ve seen the early adopters of IP come in and do their stuff. These are guys who have been researching IP for maybe the last ten years, in designing their trucks and systems. They know it inside out – more than we do as vendors.

“But now that we’ve had the early adopters we’ll be getting the tier 1 people coming through, who haven’t done as much research and don’t know the challenges they are facing — and are probably doing IP because their accountant has told them this is a more economic way of doing it compared to SDI.

“We’re building up to support that now, doing a lot of training with our product managers and internal support team – because we believe the next wave will need a lot more hand-holding than the last wave.

“Looking at control products, we’re probably being more dynamic at the moment there. We have two platforms: TSL TallyMan and the DNF Flex system, following the acquisition of DNF one year ago. We’ve been heavily investing in both platforms.

“Cracking 2110 media for both video and audio was challenging enough in itself but, having cracked that, you actually find that’s only half the game – control is king in IP”

“Right now we’re using those platforms to react to customer needs: we actually had to switch around some R&D last week on the DNF platform. They have a big installed base in the US, where customers were saying ‘OK I know I can control it remotely with a fixed lease fibre line; I’m actually home in my study now so is it possible to control my studio over the internet!’

“So the R&D team switched around and put in a feature called Web Keys in some of our USP control panels, which will allow people to control major hub and spoke installations across the United States, prioritising servers from their study at home.

“We’re currently testing prototypes in the lab now with a view to rolling it out to the networks that requested it. That was something we didn’t have on our roadmap, and have done in reaction to the circumstances in which we find ourselves.”