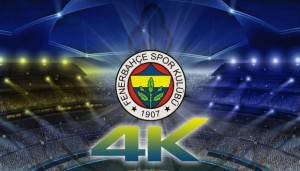 Turkish Radio and Television Corporation’s TRT4K Channel will broadcast its first football match in 4K this week when it transmits the Fenerbahçe-Ajax UEFA Europa League Group A clash. The match will be played in Fenerbahçe Sükrü Saracoglu Stadium on 22 October, and will be accessible all over the world via the EBU network.

Four important institutions that have consistently proven themselves in 4K/UHD technology will come together for this production; namely: TRT, the leading broadcasting institution in Turkey; Turksat, the long-established satellite operator; Samsung; the globally renowned technology provider; and multimedia communications company Mediapro Turkey, which has put its stamp on many exclusive sports productions over the tears.

TRT4K can be viewed as free-to-air on televisions with installed internal receivers that can receive HEVC (H.265) encrypted broadcasts, supported by 50 pictures per second (50p), from Turksat 2A satellite with settings of 12.123 Mhz frequency, H (horizontal) polarization and 15.000 symbol rate.