Thanks to the HDC-4300 system camera being an all-in-one solution able to handle 4K, HD and super slow motion, CCMA now has the flexibility to deliver uncompromised image quality in HD or 4K, depending on its programming needs. In addition to using three 2/3-inch 4K image sensors, it also uses ultra-high-precision alignment technology to support the next-generation ITU-R BT.2020 standard. 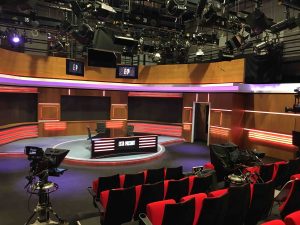 The HDC-4300 gives the production team the power to achieve high-speed image capture at a maximum of 479.52/400 fps in HD recording and 119.88/100 fps in 4K recording. The camera also works in 10-Bit allowing the CCMA to obtain a HD/HDR signal which achieves a wide dynamic range and frame rate – reproducing colours with the utmost fidelity to reality.

Ramon Sangrà, the director of the exploitation area of TV3, explains: “Sony’s HDC-4300 system cameras will enable us to produce high quality HD content while also allowing us to use its outstanding HDR and High Frame Rate (HFR) capabilities.” He adds: “Production in high-quality HD/HDR will help us deliver more realistic imagery with precise colour, contrast and detail.”

Ignasi Jauset, responsible for projects and investments of TV3, further comments: “Investing in the HDC-4300 4K native cameras with IP connectivity, will allow us to establish ourselves as a key player when it comes to high-quality 4K production in Catalonia. Furthermore, it will enable us to take advantage of the benefits of IP infrastructures, such as remote production, dynamic allocation of resources, and more.”

The HDC-4300 is part of Sony’s family of live production solutions. This means that its design and functionalities are already familiar to the technicians and operators at CCMA who have used Sony solutions in the past. The onboarding and maintenance of the new system cameras should therefore be expedited.